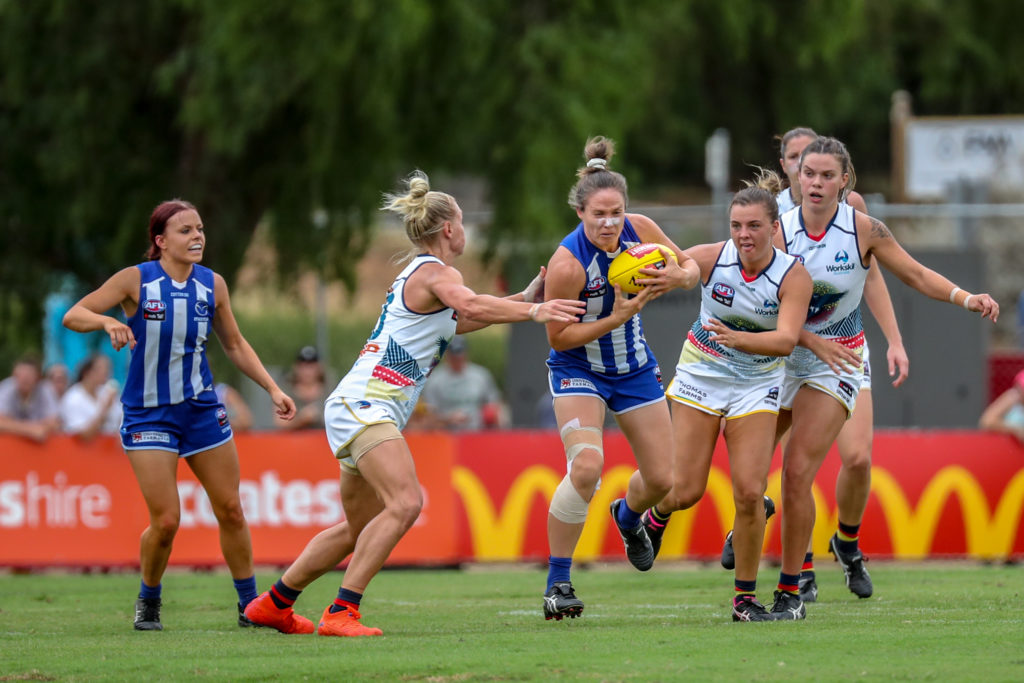 In this edition, we enter the final four with one of the competition’s most decorated players, and a leader who continues to set the benchmark as she pushes for a second AFLW premiership.

Coming off a premiership and league best and fairest award in 2018, there would have been no better player to choose to lead an incoming AFL Women’s side than Kearney, who continues to perform as one of the competition’s elite midfielders. In 2020, that is arguably still the case. At the forefront of North Melbourne’s second campaign, she would lead the Roos to their maiden finals appearance and victory after they finished top of Conference A at 5-1.

The Kangaroos were the preseason premiership fancies and more often than not lived up to the lofty standard set, in large part credit to the consistency of Kearney and her unmatchable on-ball brigade. The skipper did not lead her side in any key statistic this year – an absolute rarity – but was right up there across the board, impacting each game with help from the likes of Jasmine Garner, Ashleigh Riddell, and Jenna Bruton.

Kearney twice achieved a disposal high of 26, dropping below 20 just twice across her seven outings. Even in her season-low effort of 12 touches in Round 3, she managed to prop her stats back up with three goals to prove her well-roundedness, and that you simply cannot keep a good player down.

All Australian honours came Kearney’s way for the fourth consecutive year as one of three Kangaroos in the final side, and the decorated veteran also took home some silverware come North Melbourne’s awards night. The gun midfielder placed second in her club best and fairest, but was also recognised as Shinboner of the Year and Best Clubwoman, proving her value extends further than pure on-field brilliance.

It seems there is plenty left in the tank for one of the league’s pioneers, with a flag for North Melbourne surely at the forefront of Kearney’s upcoming goals. The depth and maturity of her side suggests it is well within the premiership window, and it would only be fitting if she could lead the Roos into the history books.