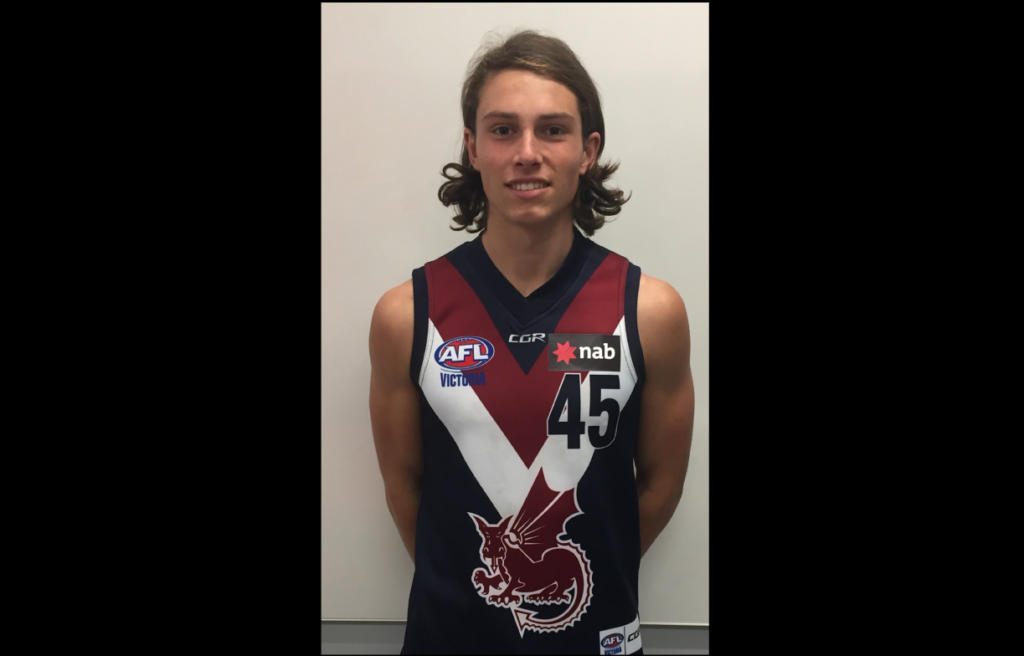 Next under the microscope in our AFL Draft Watch is Sandringham Dragons’ Archie Perkins, a powerful midfielder/forward who is one of his regions’ leading top-age prospects. The Brighton Grammar student featured six times in the NAB League last year between school football commitments, while also running out for Vic Metro’s Under 17s side, and in the Under-17 All-Star showcase game.

Perkins’ athletic profile is as good as anyone to have come through the elite talent pathways, boasting high-level scores across the jumps, speed, and agility tests. Having found a groove up forward in 2019, Perkins will be using those explosive traits through the engine room this year as he pushes to become one of Vic Metro’s prime movers. Of course, that is if competition resumes.

>> READ OUR Q&A WITH ARCHIE PERKINS

The talented Sandringham Dragons prospect had a quiet game but still showed some of his skill with a nice baulk deep in defence showing good composure in the first quarter when Team Brown was making a charge. Perkins has plenty of talent is a player to watch next year especially in the forward half.

Just continually does eye-catching things up forward and through the midfield, using his power and confidence around opponents to burst through and get Sandringham going. Perkins started with a really strong mark against two opponents as he worked up the ground from half forward, but had his greatest impact with three important goals from his 11 disposals. His first goal came after finding space to mark close to the boundary just inside 50 and converting the shot, and his third came from a similar position but on the run – showing his improved finishing and ability to rise to the occasion against quality opposition.

Perkins was another to move through the midfield-forward rotation, catching the eye with some strong and agile bursts through traffic which he finished with smart kicks inside 50. The powerful Sandringham product went on to have an impact around the ball with more midfield time after the main break, slamming forward five clearances and standing up in tackles to dish the ball out from congestion. Sprayed a tough chance on goal on the move, with that area of his game one to work on as he gets in dangerous positions.

The 23rd man was one of the most influential players, making a menace of himself in the forward half. While he arguably looked the Dragons’ most likely, inaccuracy in front of goal (0.5) told the story of his day, and he could have even had six or seven goals with better conversion. Still, Perkins had some great moments throughout – getting busy around the forward stoppages and finding space to wheel around and deliver inside 50. His willingness to take the game and opponents on proved a game-winner, with one of his five behinds putting the Dragons in front in the final minute of the game as he broke away from three opponents on the arc and let fly. Showed he is good in the air and in one-on-one duels too, with plenty to like about his game overall. As a bottom-ager, can sharpen up his kicking at times and go to ground less as he builds his frame.