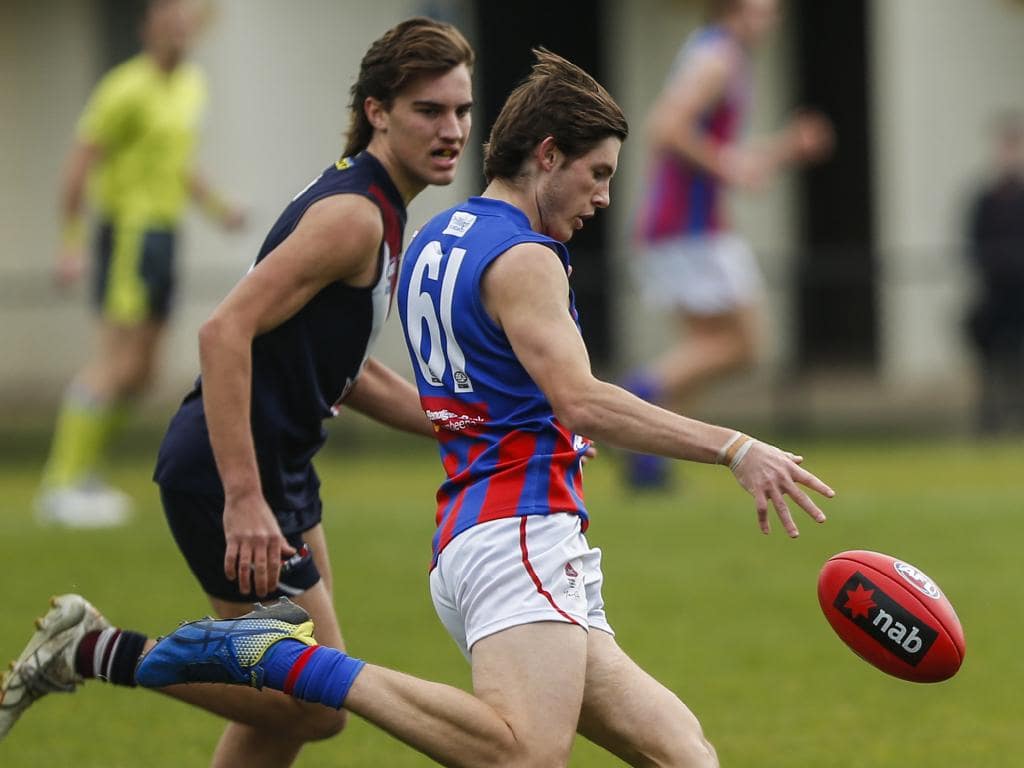 AS the postponement of all seasons commenced over the last few weeks, we head back to the pre-season where we sat down with a number of athletes across the country. In a special Question and Answer (Q&A) feature, Draft Central‘s Michael Alvaro chatted with Oakleigh Chargers’ Conor Stone at the NAB League Fitness Testing Day hosted by Rookie Me.

The 187cm forward shot onto the scene in his debut NAB League game for 2019, booting five goals against Murray to ensure he would be a feature for the eventual premiers in the back-end of their campaign. Stone is a clever goalsneak with sound athleticism, and will be sharing his time between Oakleigh, Vic Metro, and school side St Kevin’s this season should competition resume.

CS: “Not too bad, haven’t gone too well but it’s been good. “All the boys have enjoyed it.”

Were you coming in just looking to enjoy the day or really target some new personal bests?

“I was looking to hit a few PBs. “Hopefully I can do that in the yo-yo, but I haven’t been to successful so far.”

Are there any tests that you feel translate to your skills on-field?

You were able to crack into a high-quality Oakleigh side last year, how are you looking to back that up in 2020?

“Hopefully I can just take the game on a bit more and play to my strengths, whether its athleticism and stuff like that.”

Are you set on playing up forward again?

“Wherever the coach wants to play me. “Up forward would be nice, maybe a bit through the midfield but I’m happy to play everywhere.”

Who are some of the boys you’re looking forward to playing alongside this year?

“Probably Bailey Laurie and Will Phillips. “They’re two boys I’ve gotten pretty close with so I’m looking forward to playing with them.”

You’ll be around the Metro hub as well, are you looking forward to running out with a few players from other regions too?

“Yeah, Connor Downie from the Eastern Ranges. “He’s a ripper.”

How’s the Metro hub been for your development?

“Good, it’s certainly helped. “You see some boys who are better in some aspects of the game and it also helps you get a bit of confidence as well so I think I’ve grown in that area.”

Has it helped you set up a few goals for the year?

What are some of those goals?

“Hopefully to play for Vic Metro, that’d be pretty good. “Then obviously to have a successful year at school footy and NAB League as well.”