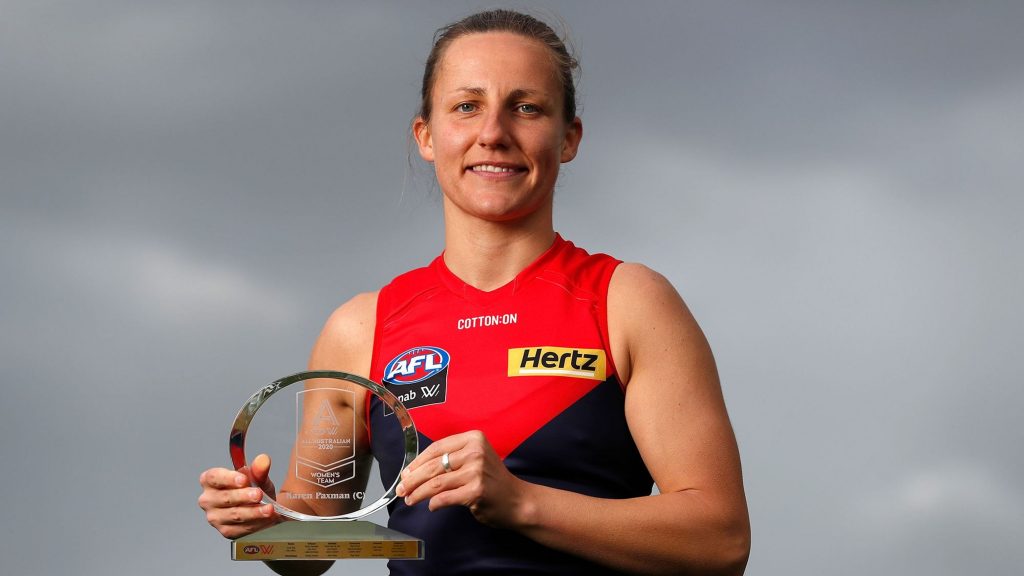 In this edition, we look at a player who was unlucky to miss out on the top five, having been a key cog and real champion across all four AFLW seasons.

As consistent as they come, Paxman is one of the best in the business and at 31-years-old is yet to show any signs of stopping. With a 71 per cent disposal efficiency and gut-running ability to match, Paxman is a key cog through the midfield for Melbourne and is never not a threatening option with ball in hand.

Her endurance and speed is a testament to her constant work rate, able to apply pressure both on and off the ball and use her vision to drive off the half back into incoming traffic with ease. Paxman is difficult to stop once she gets going, barrelling through her opposition and showing real fearlessness in the way she attacks the footy to propel it forward.

Paxman may have had just the one goal to her name in 2020 but that did not phase her, consistently plying her trade and using her quality game sense and strong kick to provide options for her forwards inside 50. Where the goal stat went down this season, majority of other statistics went up again from an already phenomenal 2019 season, proving that Paxman is getting better and better as the game evolves.

With a season high 27 touches against the Blues and arguably having an impact every game, Paxman was influential in the Dees’ inaugural finals appearance against GWS GIANTS, racking up the six tackles and creating plenty of attacking forays to get the Demons over the line.

To top it off, Paxman is just one of two players to be named in the All-Australian team every season since the AFL Women’s inception, also picking up the captaincy in 2020 as reward for yet another stand-out season.