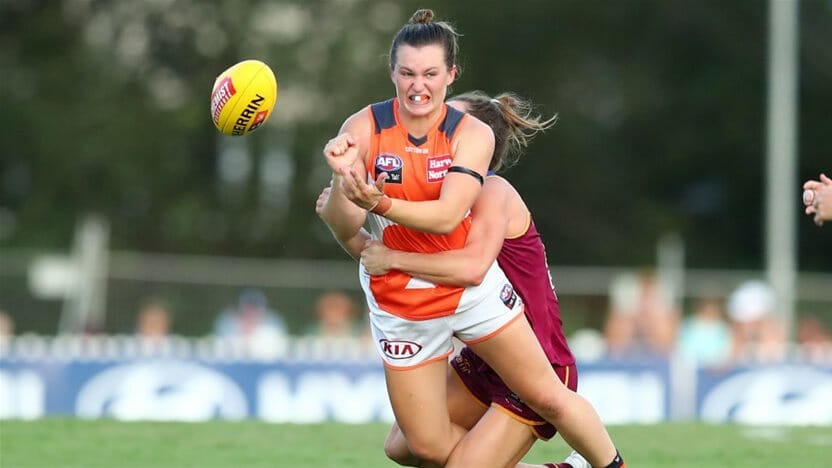 In this edition, we delve further into the top 10, and feature one of the more outstanding second year stars who has already made a mark on the competition.

Madison Prespakis made it abundantly clear that the next generation of AFL Women’s talent would need no time to settle in having earned league best and fairest honours, but somewhat flying under the radar is Parker – arguably the next best performed pick out of the 2018 draft.

After being named among the extended All Australian squad in a stellar debut year, Parker went one-better in 2020 to earn a spot on the bench of the final team. The home-grown GIANTS talent was one of just two GWS players to have featured in the squad this year, and the only one to make the final cut.

The recognition rightly came after she lead her side for disposals, contested possessions, clearances, metres gained, score involvements, inside 50s, and rebound 50s. Parker dropped below 20 disposals just twice, with one time being against the highly-fancied Kangaroos, and the other while battling close attention from Brisbane mature-ager Cathy Svarc in Round 4.

While the GIANTS have not yet held their annual awards night, Parker seems a lock for their best and fairest award as the prime mover through midfield, and clearly the number one ball winner. Like Prespakis and an elite few from her draft class, the 19-year-old still has plenty of time to fill her trophy cabinet, but they all seem to be in a hurry. As one of the elites already, Parker will be a force for many years to come.