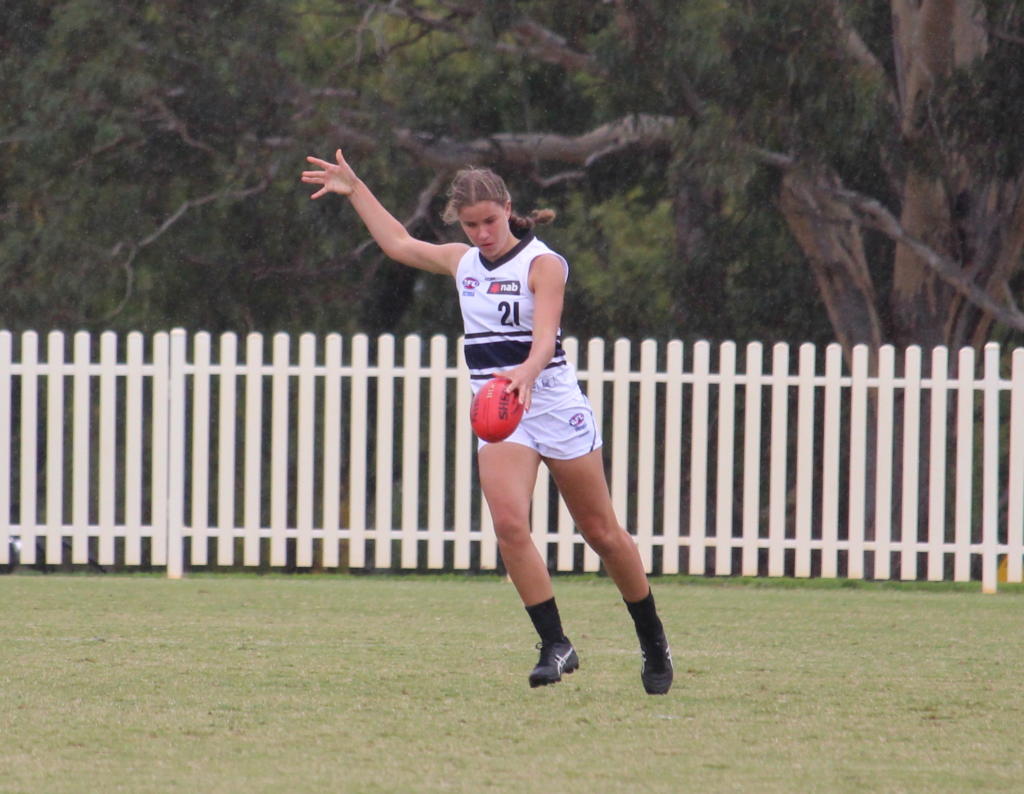 Next under the microscope is Northern Knights’ Ellie McKenzie, a dynamic midfielder/forward with an incredibly high ceiling.

Northern Knights co-captain Ellie McKenzie has long been billed as one of her region’s top prospects after breaking into the side as a bottom-ager in 2018. Since her three-goal debut, McKenzie has developed into more than just a mainstay for the Knights, proving her worth as a game-changing figure over the past three seasons.

The 173cm midfielder/forward stood out last year even among a raft of top-age stars in Northern’s undefeated premiership side, catching the eye with high-flying marks inside forward 50, and tearing up the outside once employed further afield. That same form was transferred into the Under 18 National Championships, where McKenzie would feature thrice for the again, undefeated Vic Metro team.

Like many players in the elite category, McKenzie has a vast array of strengths which are adaptable to multiple positions. When stationed up forward, her clean hands and sizeable leap give her an edge aerially, with smarts around goal boding well for her damaging scoreboard impact.

But like many chasers have learned, McKenzie can also hurt the opposition with her run-and-carry on the outside. She showed as much in a couple of memorable moments throughout 2019, tearing up a wing with multiple bounces against Queensland while on representative duties, and capturing the crowd’s attention on NAB League grand final day with a similar feat.

For all the frills in her game, McKenzie also excels in the fundamentals. While she tends to favour her stronger left side when disposing by foot, McKenzie is a sound decision maker and can gain some serious meterage with her penetrating boot. Her clean hands have also served her well in congestion having picked up more midfield minutes, allowing her to be there and gone in a split second.

The sister of former North Melbourne rookie, Tom, McKenzie is developing a similar ball winning capacity, and has become one of her side’s premier extractors as a top-ager. Alongside co-captain Jess Fitzgerald, McKenzie turned the game against Dandenong around in quick time this season, as both players collected 28 disposals apiece.

It was that kind of form which saw the 17-year-old lead our DC Medal count after the first and only three NAB League Girls rounds in 2020, tied with Dandenong star Tyanna Smith. Along with the two aforementioned prospects, McKenzie is one of the leading candidates to be taken first off the board come draft time.