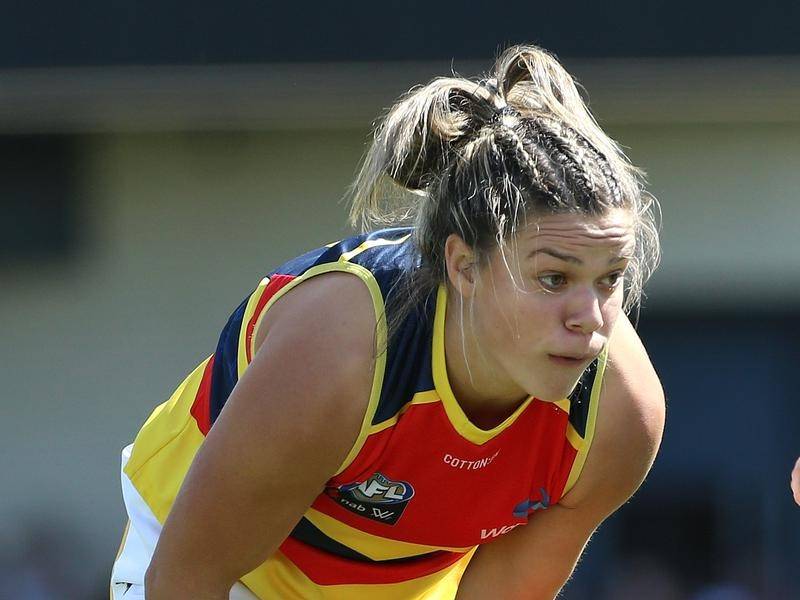 In this edition, we enter inside the top 10 with an Adelaide ball magnet coming in at number nine.

If there was a prize for the most rapid improvement year-on-year over the course of three seasons, then Adelaide’s Hatchard would be right up there. Looking at pure numbers she has bolted up from a player just inside her side’s best team to an elite ball winner in the AFL Women’s. It is hard to believe the person who averaged just 7.5 disposals and 1.0 marks from four games two years ago led the competition in disposals for the season.

In 2020, Hatchard racked up 25.3 touches per game – an improvement of 6.4 on last year, and 17.8 two years prior. Every facet of her game improved statistically, and in the absence of Phillips and Randall, she stepped up and worked hard with fellow gun, Ebony Marinoff in the midfield to lead the side.

Still only 22-years-old, Hatchard is quite young and one who has plenty of growth for the future. At 175cm, she is a taller midfield and she uses it to advantage, having now played every game in the past two seasons and become a premiership player in 2019.

While her year was as consistent as they come, it was hard to look past her Round 1 performance against Brisbane Lions when she broke the all-time disposal record with 35 touches. In that match she had 18 kicks and 17 handballs, as well as nine marks and six tackles. If that performance was anything to go by, she needs very little time to have a real impact.

With the Crows stars returning in 2021, all eyes will be on whether Hatchard can continue her ascent into the game’s elite and provide a very potent core of talented players for Adelaide.