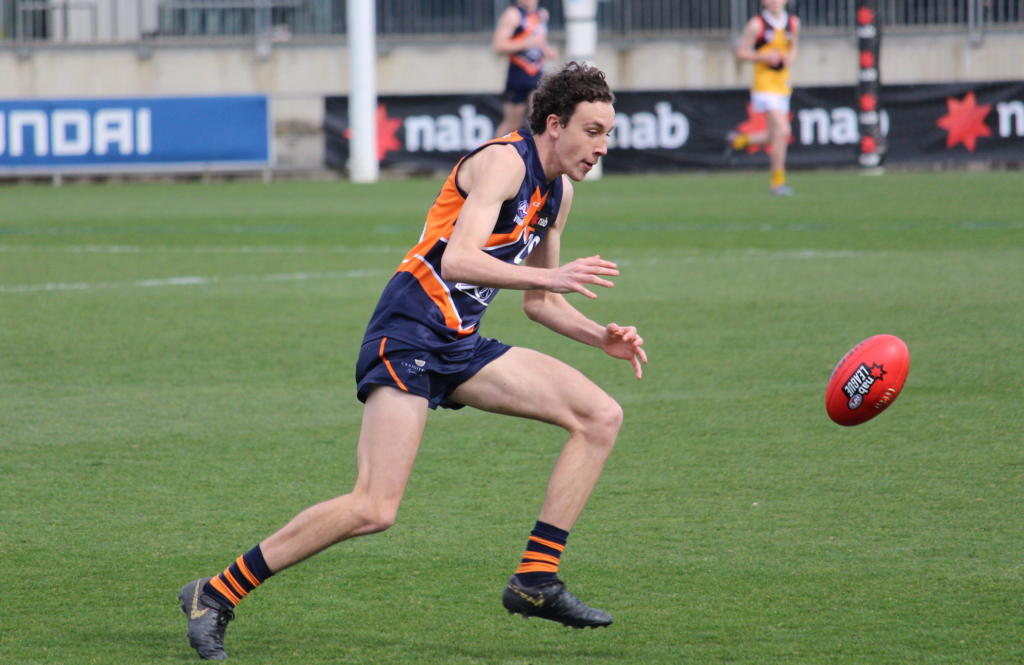 AS the postponement of all seasons commenced over the last few weeks, we head back to the pre-season where we sat down with a number of athletes across the country. In a special Question and Answer (Q&A) feature, Draft Central‘s Michael Alvaro chatted with Calder Cannons’ Campbell Edwardes at the NAB League Fitness Testing Day hosted by Rookie Me.

A tall utility who spent most of his 10 NAB League outings last year on a wing, Edwardes possesses a terrific leap and clean hands both in the air and at ground level. As a prototypical modern day footballer, the 194cm athlete can play just about anywhere and will again lean on that versatility in 2020, simply looking to consistently find form.

The Calder product earned All Australian honours at Under 16 level for Vic Metro, and was part of the Under 18 setup as a bottom-ager despite not getting on the field during the national carnival. Edwardes is also a student at PEGS, meaning he is again set to juggle his footballing commitments across multiple sides in 2020 – pending whether the class of 2020 is able to commence competition.

MA: Campbell, how’s the day been so far?

CE: “It’s been alright, pretty slow to get into it. (I’ve) still got the yo-yo to do so the toughest part of the day is ahead I guess.”

Is that an area you’re looking to notch a personal best in this year?

“This is actually the first time I’ve ever tested because I’ve been injured at every other opportunity. So I’m just setting a baseline to hopefully improve on throughout the year.”

What kind of areas are you looking to build on then from your bottom-age year?

“I think just to get some consistency, last year I was quite up and down. So hopefully I can just string together a couple of good games in a row and build from there.”

Playing school footy, for the Cannons and being around the Vic Metro system, how has that been for your development?

“It was a great experience being around the likes of (Matt) Rowell and (Noah) Anderson and seeing how they go about it. They were far and away the best two junior players in the country and just seeing the way they went about it, I could really take a lot out of that and apply it to myself, which was good.”

Having played on a wing and a bit of everywhere previously, are you looking to nail down one specific role?

“I think one of my greatest attributes is that versatility to play anywhere, but I did enjoy playing on the wing last year. I think I really found some form there. I’ve spoken to Ross (Smith, Calder coach) and Tom (Lonergan, Calder talent manager) and they’ve said they’d love to see me on the inside as well. I just want to play some good footy, I don’t really care whereabouts on the ground that is.”

You’ve got the height, have you ever fancied a key position role as well?

Who are some of the players you’re looking forward to playing that good footy alongside this season?

“Will Phillips, Fin Macrae, if I’m playing in the forwardline their ball delivery is going to be amazing. But also, Cody (Brand) and all the other boys, they’re all just great talents so it’s going to be awesome playing alongside them.”

Are you setting any goals for the year?

“I’ve tried to keep it pretty simple, I think last year I overcomplicated it a bit. Hopefully I have my name read out in November, and just do well at school. I’m aiming to do physiotherapy and it’s quite a high ATAR so I’m aiming for that.”