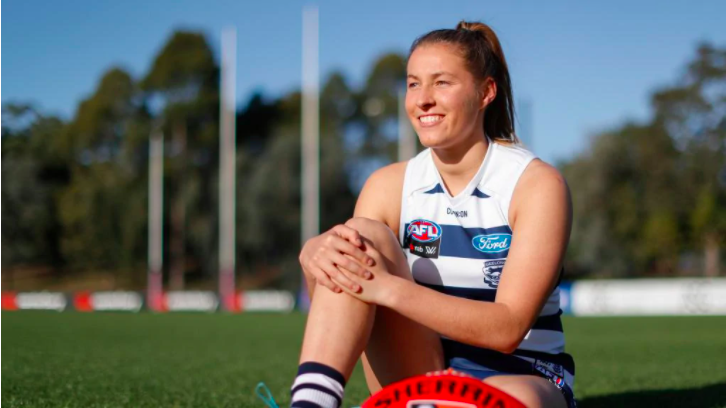 In this edition, we enter the top 10 in our count, with a rising star of the competition who took her game to the next level in 2020 to slot in among the elites.

Geelong may have taken a step back from its 2019 finals berth with a 2-4 effort in 2020, but that did little to stop many young Cats from making a huge step in their development. At the forefront was Purcell, who backed up an impressive debut campaign where she finished second in Geelong’s best and fairest, to go one better this year in earning top honours.

Arguably Geelong’s leading midfielder, Purcell was a standout in all six of the Cats’ AFL Women’s outings, working both ways from the middle of the park and particularly impressing going forward. Having led the club for disposals, metres gained, contested possessions, clearances, score involvements and inside 50s, Purcell capped off her big season by being named at half-forward in the All Australian side.

The 19-year-old has somewhat been underrated given the talent of her draft crop – see Madison Prespakis and closer to home, Nina Morrison – but that is no more. After managing a season-high 27 disposals in Round 1 against the competition’s best side, Purcell did not drop below 16 disposals in her six games to be the only Cat to average over 20 overall, while also finding the goals in half of those appearances.

A real driver of the ball from the stoppages, Purcell has broken the shell of a more defensive midfield role in her first year, to become the prime ball winner in Geelong’s side. Her work rate is still phenomenal on either side though, making a bonafide star of the competition and one who may well project into the top five in future.