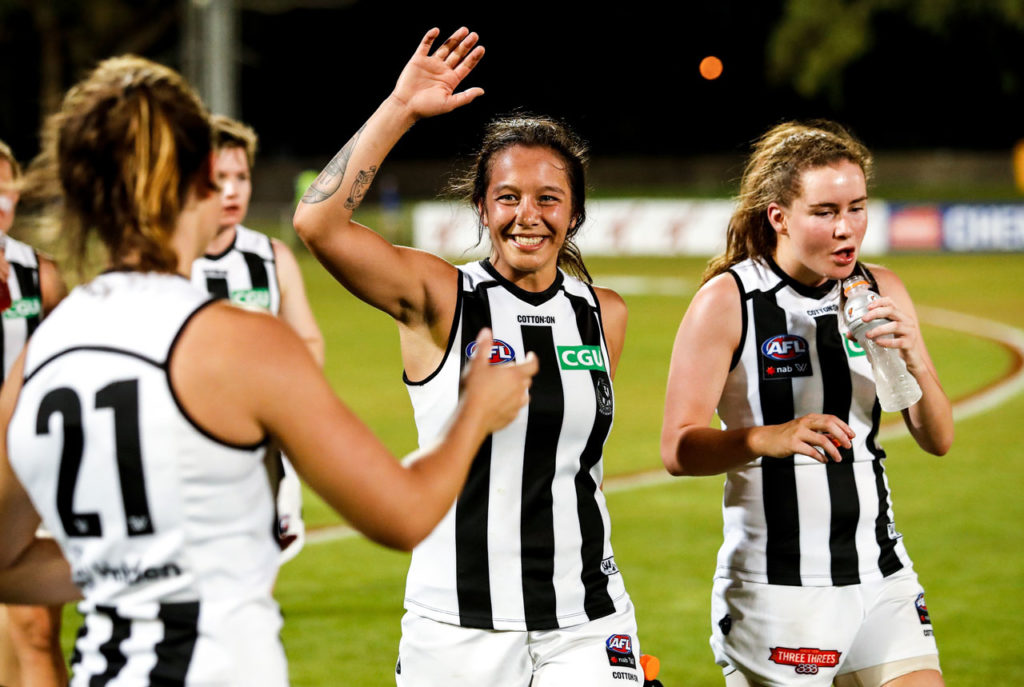 In this edition, we look at number 13 in our count, an inaugural Magpie who thrived in a new role to return career-best numbers in 2020.

Usually it is the opposition in question when the term ‘breaking the shackles’ and Bonnici gather in the same context, but in 2020 it was a case of the Collingwood midfielder being freed to win her own ball after coming to prominence as a tagger in her previous three AFL Women’s seasons.

The tough, in-and-under engine room operator showcased her increased output on the attacking side of midfield this year, managing career-best numbers in disposals, marks, and inside 50s as she combined her aptitude at the stoppages with hard work on the spread to have a greater metres gained effect.

Bonnici’s numbers would see her finish second to only Jaimee Lambert in a range of key stats, while also finishing in that same order in Collingwood’s best and fairest count. But no one could beat the 23-year-old to her side’s best finals player award, with 20 disposals (all kicks) against North Melbourne in a tense semi-final earning her that honour.

The 163cm jet breached the 20-disposal mark four times across her seven games, only going as low as 14 in Round 1 while managing a high of 26 against Brisbane in what was a phenomenal late-season performance. The depth in Bonnici’s game and her rate of development have been promising thus far, as she is now firmly a key fixture in the Collingwood midfield.

Bonnici was one of a league-high five Magpies to be named in the initial All-Australian squad and while she may not have made the final cut, it still served as some much deserved credit for another terrific season at the top level.