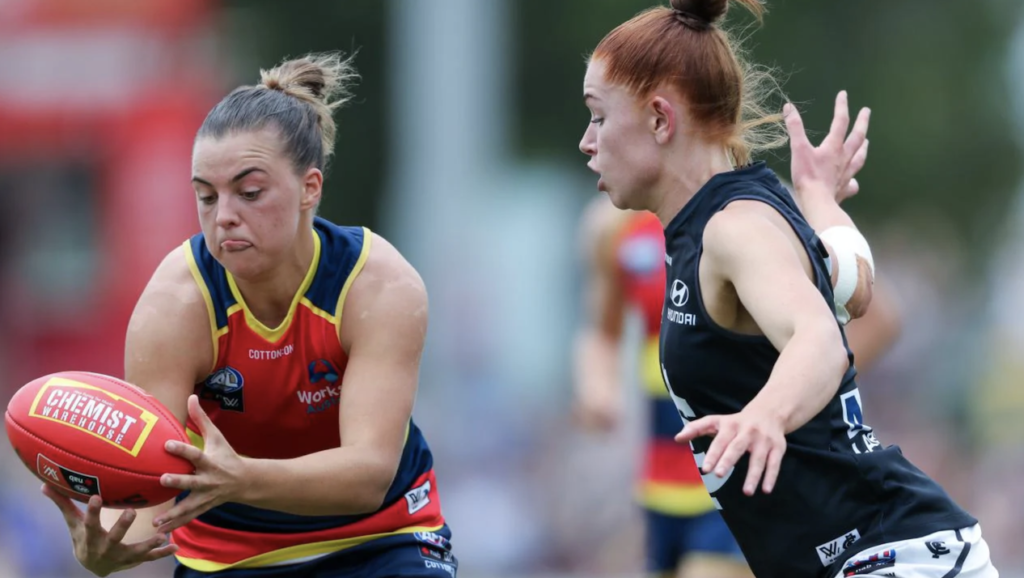 In this edition, we look at number 14 in our count, a young star who continues to break new ground despite the absence of her club’s stalwarts.

The depth of the competition’s elite players shows when Marinoff only manages to come in at number 14 after another remarkable season, taking her game to new heights in the face of a club injury crisis.

The 22-year-old’s midfield move in 2018 has proven a natural progression since, with her ball winning ability improving each season. While the tackling machine’s numbers in that specific area were down on her career-best during 2020, Marinoff’s disposal average exceeded her previous best as she was seldom beaten to the ball.

Marinoff led her side for marks, tackles, clearances, inside 50s, and metres gained to cement her status as a bonafide leader of the side, with key figures like Phillips and Randall sitting on the sidelines. It may have been a difficult year for the Crows result-wise, but the emergence of a dependable engine room will hold them in good stead.

Partner-in-crime Anne Hatchard has a lot to do with that potential too, having complimented Marinoff’s combination of class and one-percent work with her own presence around the stoppages. Hatchard in fact broke Marinoff’s previous record disposal haul for a single game, as the pair provided the perfect fold for one another.

Previously a two-time All-Australian, premiership player, and inaugural Rising Star, Marinoff’s season may not have earned the same competition-wide plaudits, though she looks certain to feature in the medal placings for Adelaide’s best and fairest count.

Already four seasons down in a well-credentialed career, Marinoff has the world at her feet in terms of just how good she can get at an individual level, though helping the Crows rise back to prominence will undoubtedly be the top goal for 2021.