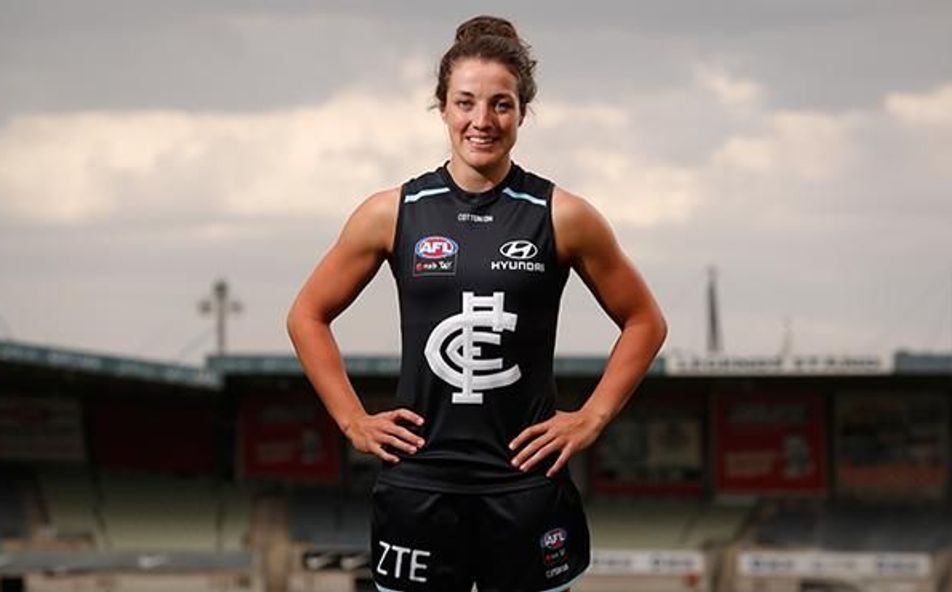 In this edition, we look number 15 in our count, a reliable defender who earned a place in the highly competitive back six of the AFL Women’s All-Australian side.

Reliable has always been a term Carlton has been able to coin for its steady full-back in Kerryn Harrington. The Blues have been able to rely on her for the past three seasons since the international junior basketballer and former Women’s National Basketball League (WNBL) player opted to pursue her football career.

Initially signed as a rookie for the Blues at the end of the 2017 season, Harrington immediately had an impact when the 2018 season rolled around with her debut against Collingwood in Round 1. Since then she has been a difficult opponent for any forward, with the 173cm defender able to nullify her opposition forward and allow her teammates to go to work.

In 2020, Harrington was named co-captain of the Blues exemplifying her leadership within the team. The extra role did not faze her as she averaged a career-high 13.7 disposals and 4.4 marks this year, becoming an even greater threat in the air compared to past seasons.

Just last month, Harrington was rewarded for her efforts with her first All-Australian award and if anyone wondered whether she was among the best defenders in the competition, then this was further justification. While there were many memorable games for the defender, her best game was against St Kilda as she earned best on ground honours thanks to 21 disposals, eight marks, four tackles and five rebounds in a strong performance.

Given Harrington’s improvement from former basketballer to AFL Women’s star, the 28-year-old seems like a mainstay in the Blues back six for many years to come.