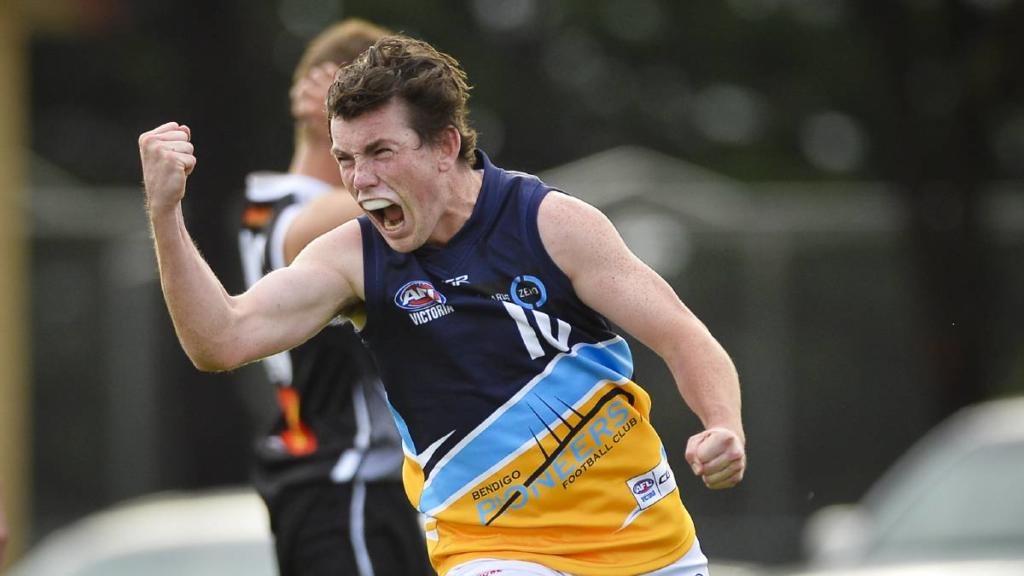 IF you are missing footy like we are, then let us somewhat salvage that with a look back in a new series of Classic Contests. In today’s contest we look at one of the would-have-been Round 8 clashes in the NAB League this year between the Bendigo Pioneers and Greater Western Victoria (GWV) Rebels. In this edition, we wind back the clock to 2017 when the two teams met for the first of their two battles during the TAC Cup season.

GWV and Bendigo may have finished as the bottom two TAC Cup sides in 2017, but it did not stop the regions from producing solid draftee hauls out of their respective squads. The early and late rounds of the competition often see each team come in at full strength, and it was no different as the Rebels and Pioneers went at it in Round 2, three years ago, with Bendigo coming out on top by 12 points.

Both sides could lay claim to most of their future AFL draftees in this fixture, with GWV naming all of their three while Bendigo boasted a whopping six – only missing Jarrod Brander. The Pioneers’ production line was particularly impressive given it had three first rounders – Paddy Dow (Pick 3), Lochie O’Brien (10), and Brander (13) – attracting eyes from all around the pathway programs.

In terms of form, Bendigo struggled in Round 1 to click its stacked side into gear, falling by a comfortable 51 points to Murray on neutral territory. The Rebels did not fare any better, beating out the Pioneers’ total (47) but being thumped to the tuned of 82 points by eventual premier, Geelong.

The home side was unlucky not to share the spoils in a tight opening term, as both teams shared five scoring shots each. Bendigo would sneak ahead via its greater conversion, managing to split their chances 3.2 to GWV’s 2.3. It only worked to kick the Rebels into gear, as they took advantage of the more open contest to pile on eight second term majors and lead by 19 points at the main break.

Bendigo’s four goals in the term split GWV’s momentum and gave the Pioneers a sniff, with their top-end talent helping to spark an incredible turnaround. It was now the visitors’ turn to batter the scoring end, notching five goals while keeping GWV goalless to swing the lead 13 points in their favour. The Rebels could not recover enough, with their need to attack leaving them exposed the other way as both sides managed four goals apiece in the final term.

Brent Daniels‘ handful of goals meant he was exactly that for the GWV defence, and he could have had a massive day out had it not been for his four behinds. He was beaten out to best afield honours by Dow for his 21-disposal effort, while fellow Carlton recruits O’Brien and Angus Schumacher managed 26 and 21 respectively. A bottom-aged Jye Caldwell was also named among the best having racked up 19 touches, with Port forward Kane Farrell held to 12 and a goal.

Brisbane’s Thomas Berry notched 18 disposals, eight tackles, and a goal in an outstanding bottom-aged display, but had Collingwood VFL gun Cal Wellings beat him out to best-on recognition with 35 touches, 10 marks, and nine tackles. Freo bigman Lloyd Meek served his role in the ruck with 23 hitouts, while the final draftee afield, Flynn Appleby managed 13 disposals.

GWV would go on to shake the poor start with their five wins making for a superior tally to Bendigo’s three. The Rebels would also gain redemption in the return fixture, downing the Pioneers by 27 points. Still, their seven draftees over the next two drafts can only be labelled as a success.