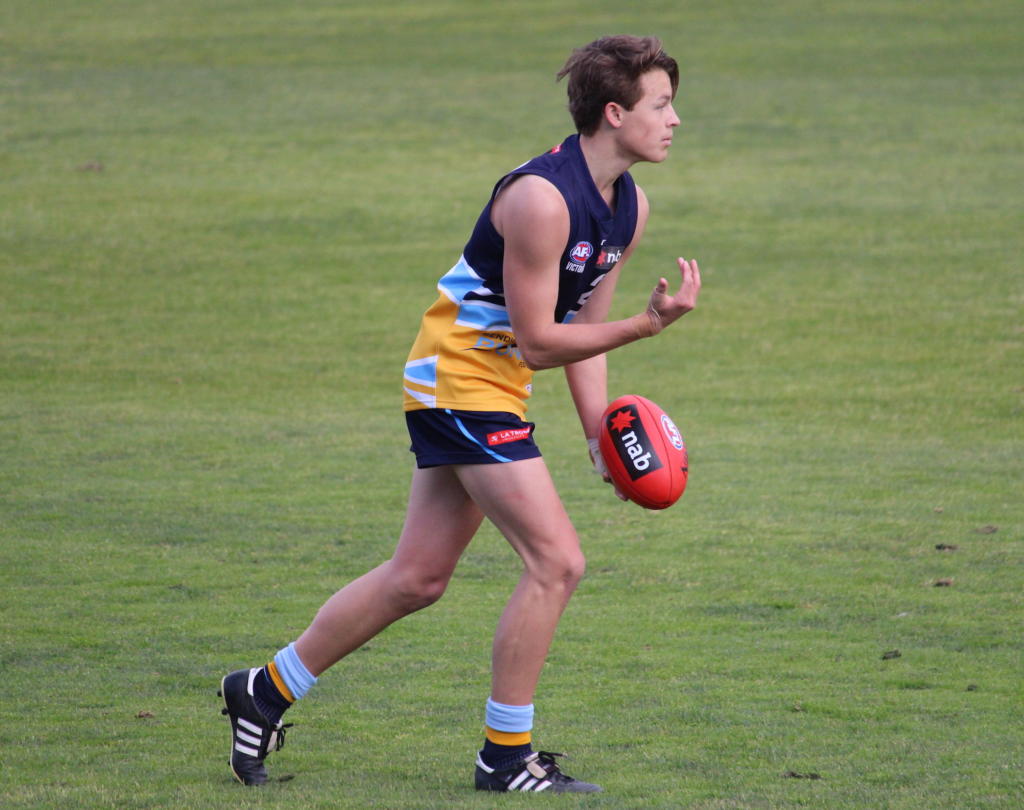 Next under the microscope in our AFL Draft watch is Bendigo Pioneers’ Jack Ginnivan, who came into his own during the latter half of last year’s NAB League season to be selected in the 2020 Vic Country Academy Hub. The nippy half-forward booted 19 goals in 2019, including a bag of four, but is primed for more minutes further afield as he looks to use his smarts and gut running either in the midfield or off half-back.

While he was unable to test at the pre-season testing day due to a niggling hamstring injury, Ginnivan looks to be a prime mover in terms of Bendigo’s draft prospects, and should have an impact if the class of 2020 is able to get back on the field.

READ OUR Q&A WITH JACK GINNIVAN

The nippy forward was one of Bendigo’s most threatening players and was relevant throughout the game, leading his opponents to the ball with his gut-busting runs up the field and equally hard movement over the back toward goal. He missed a couple of chances in the opening term but found space in the following quarter to snap home and snare another major out the back again. He slowed up a touch as Northern got on top after half time after claiming all of his 2.3 in the first half, but constantly looked to break from congestion and get something going for the Pioneers.

Played a typical small forward’s role, always looking dangerous at ground level and taking his opportunities when presented. He showed quick hands at ground level and pounced on a couple of goals in the game, including a loose ball in the second quarter when he dribbled one home close to goal. He converted his second major in the last term, pouncing on a loose ball after Thomson Dow’s set shot fell short and stayed in, with Ginnivan snapping around his body.

Another lively bottom-ager, Ginnivan racked up possessions in the forward half, providing dangerous run out the back and linking well into Bendigo’s attacking 50. He worked really hard to run back towards goal after getting up the ground and was not afraid to take the game on. Found the goals for the third-straight occasion, booting just the one set shot in the first term but having a hand in a range of Pios attacks.

FROM THE TALENT MANAGER:

“Jack Ginnivan’s come back from the experience at camps one and two far more changed, far more responsible and mature in his approach to his footy. “That’s not to say he was irresponsible and he’s still a character, we like that… he’s mainly played as a forward but he’ll probably play a bit of half-back and a bit in the mid. “He’s very good around goals, he’s got a bit of the Joel Selwood’s – seems to get a fair few head-high tackles and free kicks so I reckon he might play a different role this year.” – Steve Sharp