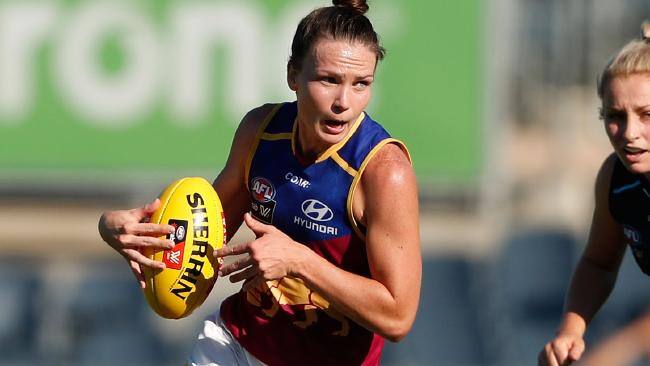 In this edition, we look number 17 in our count, an underrated Brisbane Lions star who continues to impress since initially being a second pick in the first ever AFL Women’s Draft.

The Brisbane Lions midfielder was originally taken with pick two back in the 2016 AFL Women’s Draft and played in the Lions’ inaugural match. Since then she has been a mainstay of the Brisbane line-up and whilst she has won two All-Australian nods and won a club best and fairest, Bates still seems to fly under the radar for most people outside of Queensland.

In seven games this year, Bates averaged a career-high 19.9 disposals, 3.3 marks and 3.1 inside 50s, indicating her impact forward of centre compared to previous years. Whilst her back 50 numbers remained the same, Bates was able to take on a more attacking role in 2020 and it resulted in her kicking just her second career AFL Women’s goal, and first since her debut season.

Another player unlucky not to make the final AFL Women’s All-Australian team, she had a four-week purple patch from Rounds 2 to 5. In that time she did not drop below 22 disposals, and averaged 24.5 disposals and 88.3 AFL Fantasy points to be one of the best performing players in that patch. In an 18-point loss to Fremantle in Round 5, Bates racked up 28 touches, six marks, four inside 50s, four rebounds and two tackles in her best game of the season.

Only turning 25 in October, the Queensland native who turned her back on cricket to pursue the sport she loved has plenty of years left in her. If she can replicate the form of 2020 and continue to build, she will be a part of something very special in the future for the young Lions.