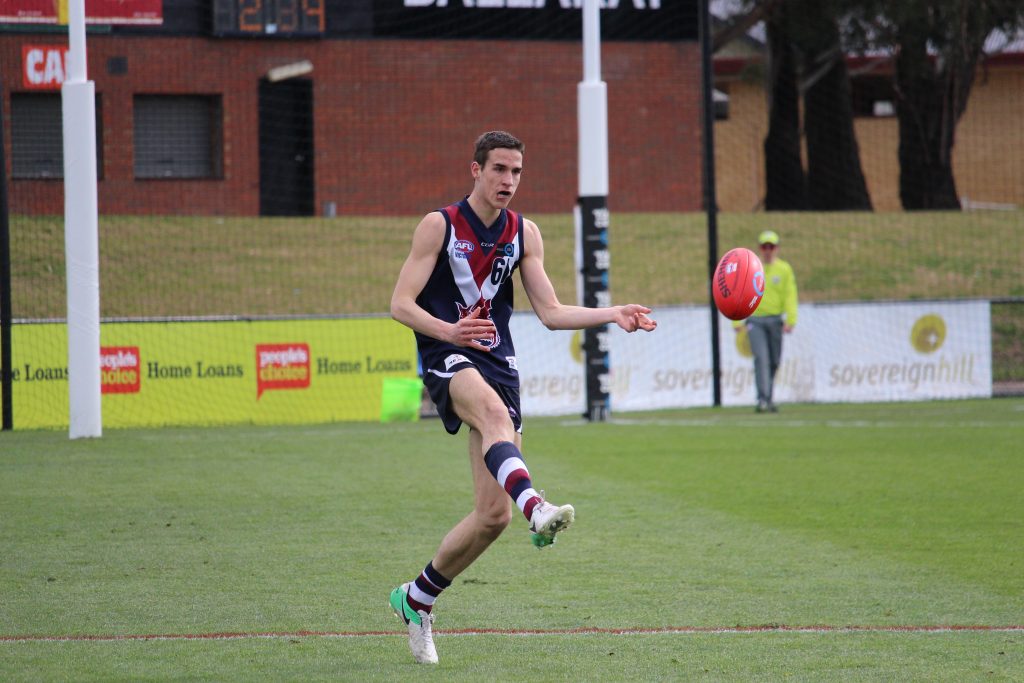 IF you are missing footy like we are, then let us somewhat salvage that with a look back in a new series of Classic Contests. In today’s contest we look at one of the would-have-been Round 8 clashes in the NAB League this year between the Gippsland Power and Sandringham Dragons. In this edition, we wind back the clock only a few years to 2017 when the two teams played out a low-scoring thriller.

Midway through the 2017 TAC Cup season, premiership contenders Sandringham Dragons met mid-table side Gippsland Power at Casey Fields in Cranbourne with a host of bottom-age talent on display. The Dragons sat fourth with seven wins from 11 games, less than a per cent behind third placed Murray Bushrangers – who were also four points clear – while being just percentage ahead of Dandenong Stingrays in fifth. The Power were back in seventh, two points behind sixth placed Northern Knights, and only percentage – albeit 10 per cent – ahead of eighth placed Eastern Ranges.

The teams would field an eventual five future first round picks, all bottom-agers who would make their way to AFL clubs less than 18 months later. Despite the talent – with plenty of scoring firepower – spectators would witness just nine goals on the day and accuracy becoming the ultimate factor in the Dragons’ one-point win.

Isaac Morrisby would be the only player to find the big sticks from either team in the opening term, as he slotted a goal seven minutes into the contest after the Power had missed a couple of opportunities. The second term was much more lively as Matthew McGannon kicked a major for the Power to regain the lead, only to be countered by future Roo, Will Walker in the 13th minute. Back-to-back goals to the Power through Will Leslie and Jack Hudson handed the home team an important 10-point buffer at the main break.

While the second term had experienced a flurry of goals, the premiership quarter was much the opposite with just two behinds – one to each team – kicked for the entire quarter as the Power retained their 10-point lead.

The fourth term was one of the strangest to see as Leslie converted his second major for the Power to race out to an 18-point lead six minutes in. Neither side looked to make inroads by the final five minutes with Gippsland still leading by 17 points at that point. Few would have predicted that within five minutes, the Dragons would hit the front.

Alfie Jarnstrom, Kai Owens and Max King found the big sticks for the first time since Walker’s goal midway through the second. Whilst the visiting fans had to wait more than 40 minutes between goals, it was worth the wait as the Dragons picked up the slack in red time to pile on the majors. King’s goal with less than 40 seconds remaining saw the Dragons hit the front for the first time since late in the second term and claim a remarkable one-point victory.

For the Power, the only 2017 AFL Draftee playing in the match from the Power, Callum Porter, had an equal team-high 20 disposals, as well as three marks, 14 tackles, three clearances, four inside 50s and two rebounds. Bailey Beck shared the team-high disposals with 20, as well as six tackles and four inside 50s, while McGannon was busy with 19 touches, four marks, five tackles, four clearances and a goal. Future first round draft pick, Xavier Duursma finished with 14 disposals, four tackles, four clearances and three rebounds, while Leslie was the only multiple goal kicker in the match with two majors from 12 touches, three marks and three inside 50s.

Sandringham Dragons would end up reaching the TAC Cup Grand Final before going down to Geelong Falcons, while Gippsland Power finished seventh on the table, and would be humbled by the Falcons two weeks earlier in the elimination final.