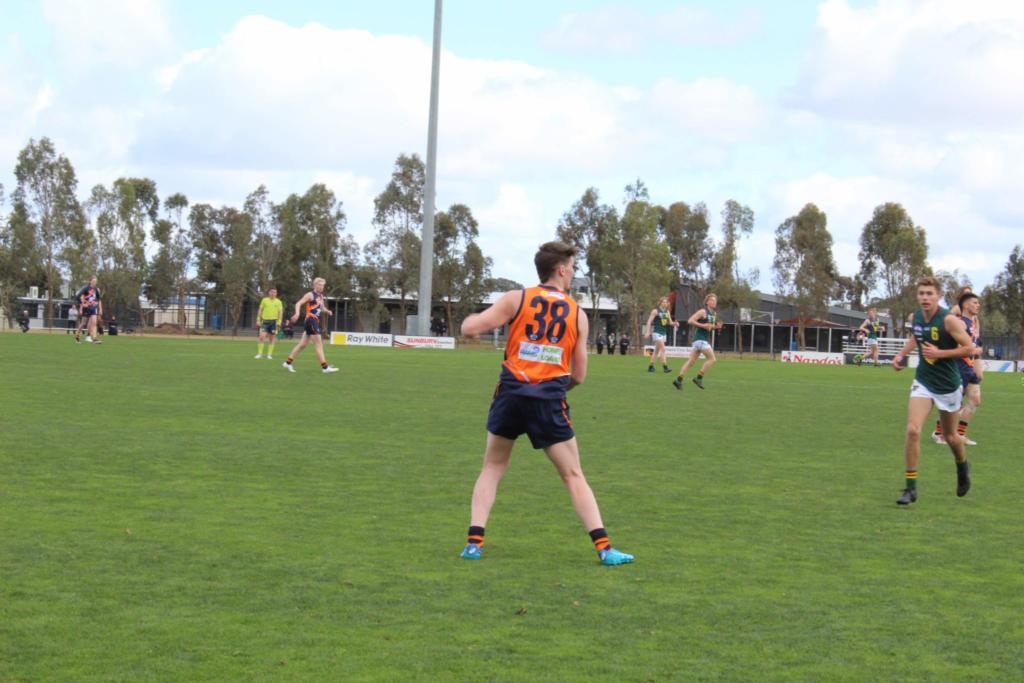 IF you are missing footy like we are, then let us somewhat salvage that with a look back in a new series of Classic Contests. In today’s contest we look at one of the would-have-been Round 8 clashes in the NAB League this year between the Calder Cannons and Tasmania Devils. In this edition, we wind back the clock only one year to 2019, when the two sides met in Wildcard Round.

At the end of the regular season, all sides ranked fourth to 13th were opposed to sides at the opposite ends of the ladder. Very few would have predicted the 12th placed Tasmania Devils to have challenged the fifth placed Calder Cannons. The Cannons had a couple of challenging weeks early in the season, but had really hit form by the second half and come into the pointy end of the season looking the goods. The Devils had been competitive throughout matches, but could not quite get the wins on the board. Despite having to travel across the Bass Strait once again to challenge the Cannons on their home deck, the Devils gave Calder a massive scare and even led at the final break.

With the Wildcard Round treated as effectively an elimination final, there was no turning back when the two sides headed out onto RAMS Arena in late August. Calder’s Daniel Mott was the first one on the scoreboard with a goal six-and-a-half minutes into the match. Defender and future Roo, Matt McGuinness responded a few minutes later to level the scores, something that would indicate just how tight the match would be. A late major to Harrison Jones would separate the sides at the first break, but Tasmania had its fair share of chances with 1.4 from an extra chance to the Cannons.

When Jake Steele booted a goal at the five minute mark of the second term, the Devils had hit the front. But five straight behinds hurt the visiting team as they could, and should have been further ahead at the main break, instead a unlikely major to defender-turned-forward Mason Fletcher with 45 seconds left on the clock tied the scores. In comparison, the Devils had achieved 11 scoring shots to six, but were not able to capitalise on their scoring attempts.

Back-to-back goals to Campbell Edwardes and Fletcher in the first six minutes of the second half had the visiting fans wondering if they had blown their chance. The lead would stretch out to 14 points – the most of the game at any stage. Instead of fading away, Tasmania booted three consecutive goals to go as much as six points up. Yet again however, Calder would have the answer, as Carlton draftee, Sam Ramsay put through a crucial major against the momentum to level the scores again with less than five minutes remaining in the quarter. When the teams looked set to head into the final change level once again, Baynen Lowe found the big sticks and the Devils once again led – albeit by five points.

After both teams booted back-to-back behinds, it was Harrison Minton-Connell who became the home team’s saviour, booting two last quarter goals to give his side a seven-point lead with six minutes remaining in the match. Jeremy O’Sullivan converted with two-and-a-half on the clock and with a 13-point lead it looked near insurmountable. But nobody told the Devils as a quick behind and then goal to Jared Dakin with 22 seconds remaining had them believing. Unfortunately for them, the time ran out by the time the centre square ball up had occurred and the Cannons were home by just six points.

Ramsay was best afield, continuing his ripping second half form with 33 disposals, 11 marks, four clearances and a goal, well supported by Mott (21 touches, five clearances, four tackles, three inside 50s and a goal) and Ned Gentile (26 disposals, six marks, four clearances and seven inside 50s. Brodie Newman racked up 22 disposals and 12 marks, while Curtis Brown (20 touches, four marks and eight rebounds) and Edwardes (20 disposals, 11 marks and five rebounds) were instrumental in the back half. Minton-Connell’s last quarter efforts saw him end with 19 disposals, five marks and two goals, while other draftees playing on that day were Adelaide’s Lachlan Gollant (11 disposals, eight marks) and Essendon’s Jones (five disposals, one mark and one goal).

For the Devils, McGuinness was the equal top disposal winner with 25 touches, five marks, three inside 50s, nine rebounds and a goal along with Dakin – playing his first game of the year post-injury – who racked up 25 disposals (12 contested), eight clearances, 10 inside 50s and a goal. Will Peppin (21 disposals, five marks, six tackles, four clearances and three inside 50s) and Jackson Callow (18 disposals, six marks) also won plenty of contested footy, while Harvey Griffiths (14 disposals, five marks and eight inside 50s) found plenty of the ball going forward.

Calder Cannons would go on to win the following week’s elimination final against Dandenong Stingrays before going down to Sandringham Dragons in the semi-finals.