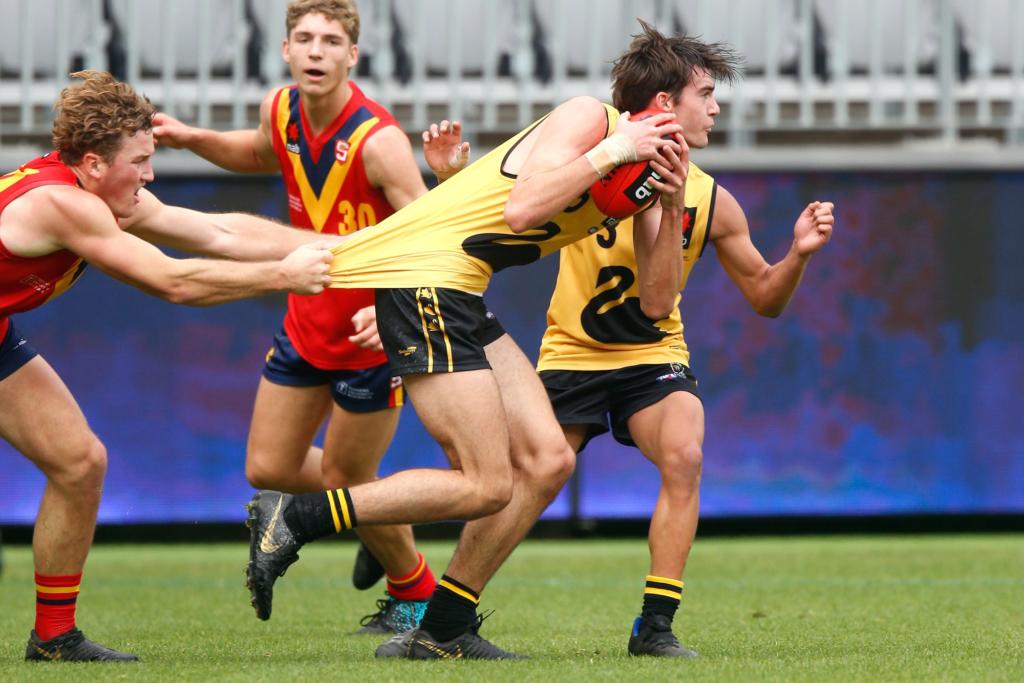 Next under the microscope in our AFL Draft watch is Perth Demons product Logan McDonald, who has already impressed at the Under 18 level having run out for the Black Ducks during last year’s carnival. His three representative outings last year followed on from an outstanding Under 16 campaign for WA, which included six goals against Vic Country.

The Aquinas College student has mixed his time between school football, representative duties, and WAFL Colts outings for Perth, playing six games in the competition across 2019. McDonald is one of the more eye-catching key forwards in this year’s crop, with a terrific combination of strength and athleticism, while also boasting clean hands both above his head and at ground level.

McDonald looked like becoming an ominous target early as he bolted out of the goalsquare on the lead and snapped up the ball well at ground level. He was the deepest tall inside 50 in the first term but could not quite put it all together, going on to work up the ground and link into the arc. Has great athleticism and showed he can kick well too.

A talented bottom-age key forward, McDonald showed some great signs inside 50. He lead out at the right times and looked sure with his hands. He did kick out on the full from a snap early in the game, but worked into the match with a goal from a set shot 35m out on a tight angle. He had another chance on the opposite side but pulled it to the far left. He worked hard up the ground to take a couple of nice marks leading out along the wing and half-forward.

McDonald quite simply took the game by the scruff of its neck and tore it apart in the opening stages, booting WA’s first four majors. It was a complete display from the forward; with goals from leads, holding the ball free kicks, and open play snaps helping him to come away with a bag of six after two more final quarter goals. He could have had more, too, with two misses in the opening term doing little to take away from his showing as a beautiful kick for goal.