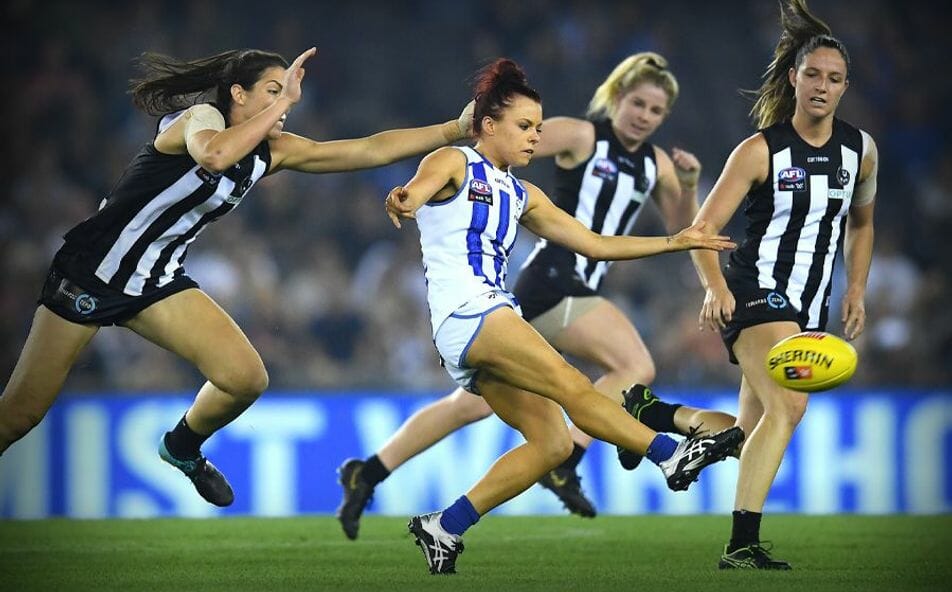 In this edition, we look number 20 in our count, a hard-working midfielder who is not afraid to burrow in despite her size.

After earning the inaugural North Melbourne best and fairest award to go with All Australian honours, Jenna Bruton had set lofty standards to live up to in 2020. But the diminutive midfielder maintained her outstanding form in a campaign good enough for fourth place in the club best and fairest, and recognition in the extended All Australian squad.

Part of an immensely talented ‘Roos midfield quartet, Bruton was pushed out of the centre circle at times this season upon the return of Ash Riddell, but still managed to have an impact at the stoppages when starting on the outside. Her work rate to impact the play going both ways showed, averaging 17.4 disposals and 3.7 clearances per game while also leading her club for tackles and breaching both arcs regularly.

The 24-year-old has quickly solidified her status as a key member of the Kangaroos’ line-up after crossing from the Western Bulldogs, where she won a premiership in her debut season of 2018. While stars of the competition like Emma Kearney and Jasmine Garner may earn most of the plaudits, Bruton’s high-intensity style and work rate help to set a winning tone for what has been a successful expansion side to date.

She may stand at just 158cm, but is usually hard to miss as she buzzes around the ground and crashes in for the ball, with her impact on the contest often right up there with the best. That is where Bruton will aim to get, excelling from providing a supporting cast role to being one of the elites.