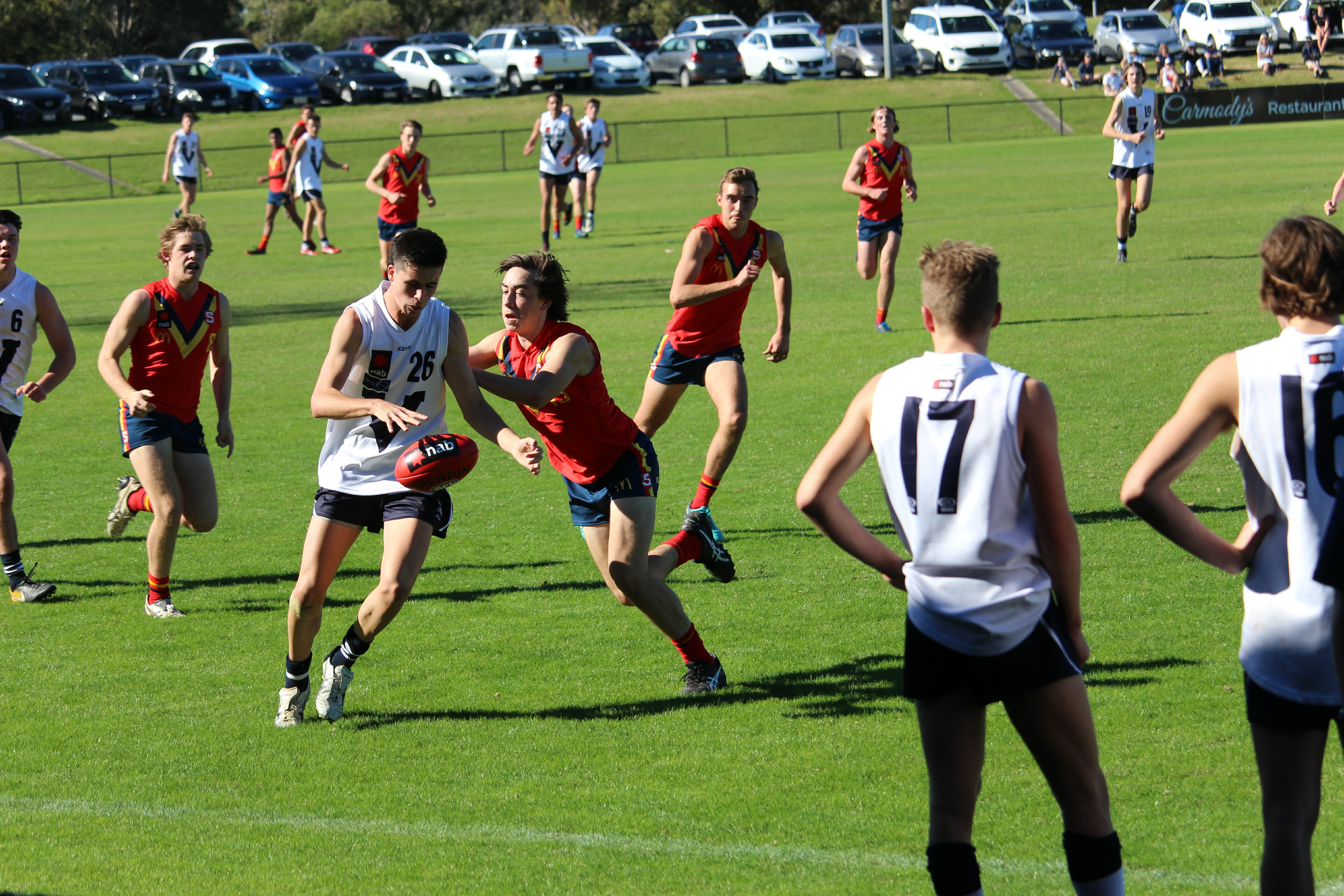 IN the build up to football eventually returning, Draft Central  takes a look at some of this year’s brightest names who have already represented their state at Under 17 or Under 18s level in 2019. While plenty can change between now and then, we will provide a bit of an insight into players, how they performed at the NAB League Preseason Testing Day hosted by Rookie Me, and some of our scouting notes on them from last year.

Next under the microscope in our AFL Draft watch is Greater Western Victoria (GWV) Rebels prospect Nick Stevens, who has already played representative football across multiple age groups, as well as featuring in last year’s Under 17 All Star showcase. The classy half-back is set to once again line up on the flank he looked most comfortable across in 2019, with six NAB League appearances scattered in between Geelong Grammar commitments and an unfortunate early-season injury.

Now raring to get back on the park, the 191cm draft hopeful will be one of his region’s great hopes and outlets heading into his top-age season, standing alone as the Rebels’ sole 18-year-old Vic Country Hub member. Get up to speed with how he has performed off-field in 2020, with a look back at his 2019 campaign.

The classy mover looked at home across half back, competing well and getting the ball moving along the line. He took some time to build into the game and had his best moments during the second and third terms with shows of clever use by both hand and foot. His mix of competitiveness and class came to the fore, winning his own ball one-on-one but doing so with quick gathers and flashy spins.

NAB League Round 12 vs. Dandenong

He was injured earlier in the season, but the talented Under-16 Vic Country representative was clean with his ball use and showed good hands under pressure in terrible conditions. He possesses a nice long kick, and was often tasked with the kick out duties. He tried to play on and take the game on more often than not, and benefited late when the opposition gave away a 50m penalty trying to stop him doing just that. Stevens applied good pressure on the kicker having a shot for goal inside 50 and forced a mistake by foot.