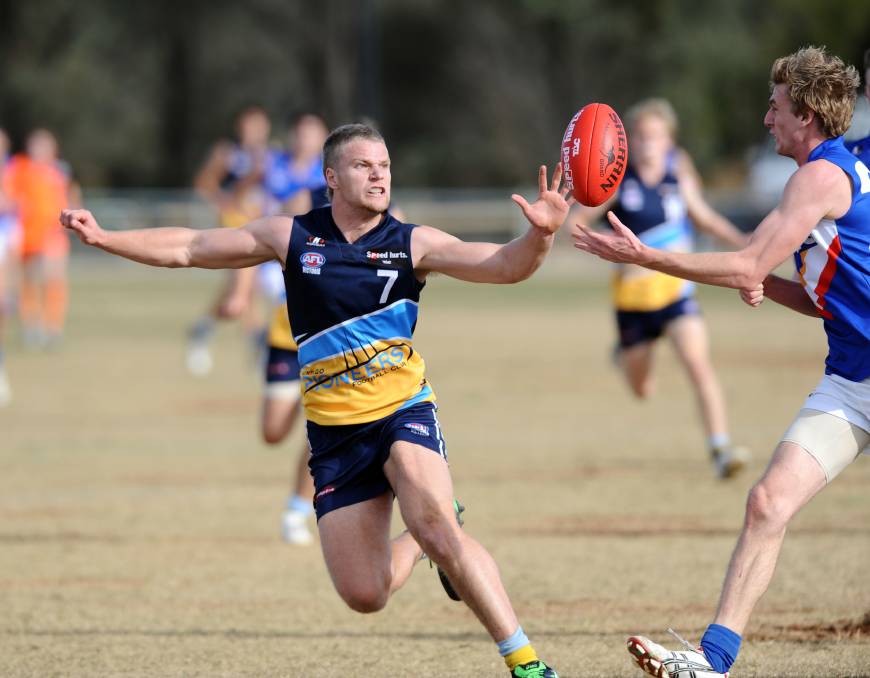 IF you are missing footy like we are, then let us somewhat salvage that with a look back in a new series of Classic Contests. In today’s contest we look at one of the would-have-been Round 7 clashes in the NAB League this year between the Bendigo Pioneers and Northern Knights. In this edition, we wind back the clock to 2012, when the two sides played out a low-scoring slog in tough conditions at Huntly Football Ground.

It was a battle of the battlers in Round 13 of the 2012 TAC Cup, as Northern Knights travelled to face the Bendigo Pioneers at Huntly Football Ground. The two sides held the unfortunate mantle of being the lowest-ranked Victorian teams to that point, sitting level on points at 2-10 apiece and just above the two part-time interstate academies in Queensland and Tasmania.

But there were a couple of things which split the two sides heading into the clash; Bendigo boasted a slightly superior percentage of 72.7 to edge into 11th spot, with much of the scoring ascendancy made in the Pioneers’ 100-point thrashing of the Knights back in Round 5.

It was the hosts’ last win in the competition, too, with a seven-game losing run following the away triumph. Northern’s hard time of it was hardly better, and the Knights came in having lost in seven of their last eight outings. A one-point victory over Calder in Round 11 provided somewhat of a confidence boost though, and they would need it if they were to challenge for another set of four points here.

The scoreline at the end of the first term somewhat played into the battler narrative, as the sides evenly split six behinds in a lacklustre quarter of play. It was not as if either side was bereft of talent though, with two high-end draft picks – Ollie Wines and Jake Stringer – taking the field for Bendigo, while Northern laid claim to four overall – Nathan Hrovat, Jacob Ballard, Ben Lennon, and Marcus Bontempelli.

The action picked up in the second term, as Northern got on top with three goals to two and made it clear that the clash would be a far cry from the sides’ previous meeting. A tight battle continued into the second half, with either side only managing to add a goal apiece as Northern held onto that six-point advantage.

But with the game on the line and tired legs coming into play, the match would open up and allow the home side to flex its muscle. The Pioneers more than doubled their score in a five-goal final term, making better of their seven scoring shots while Northern could only manage 2.4 from its six chances. It sealed a dramatic 10-point win, Bendigo’s final one for the year.

Stringer starred for the victors, kicking an impressive four goals in the low-scoring battle from his 22 disposals and five marks, while Port midfielder Wines collected a game-high 34 touches and laid 10 tackles. But it was Isaiah Miller who was named best afield on the back of his 24 disposals at a phenomenal 95 per cent efficiency.

For Northern, Hrovat was named best for his 26 disposals and six tackles, with Ballard laying a whopping 17 to go with 23 touches, while Lennon booted a goal from his 23 disposals and a bottom-aged Bont found the ball 23 times in an outside role much different to how he now rips up the AFL.

While Bendigo would go on to remain winless for the remainder of 2012, Northern picked up a third win to finish 10th, one spot ahead of the Pioneers as both sides managed 3-14 records. The Knights would also boast a greater number of draftees, with Nick Vlaustin and Aiden Corr ending up at the elite level, but not on the park that day.