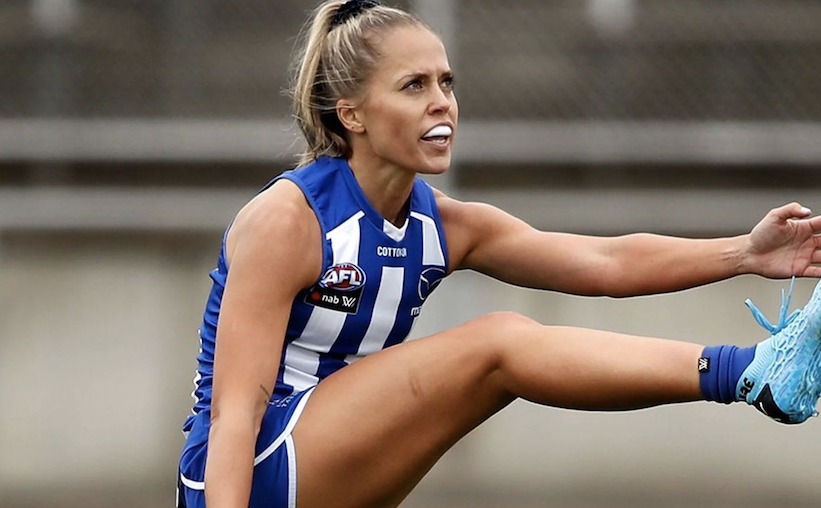 In this edition, we move on with the players ranked 45-41, which boasts solid representation in the talls department, some emerging talent, and a certain Queensland-based theme. Check out who made the cut below.

The foundation Blue hardly missed a beat in 2020 as once again, one of the most improved rucks of the competition. Standing at 180cm, Moody has a sizeable leap to boot and used it brilliantly at the centre bounces while also getting stuck in at ground level. While some of her numbers may have trailed off during the middle of the year, Moody remained an integral part of the Carlton line-up and if it had not been for a couple of other talls exceeding expectations this season, she would have been a lock for the All Australian squad. With her ruck craft already proven, it was the lift in Moody’s impact at stoppages around the ground which would have been most pleasing.

One of a good bunch of Gold Coast newbies to have made a serious impact in their debut season was Ahrens, who fully justified her priority signing to the SUNS with a seamless transition into their back five. Having impressed at VFLW level, Ahrens more than kept up at with the elite standard of AFLW as a versatile defender who could not only fulfil her one-on-one defensive duties, but also provide solid rebound on the way out. The 28-year-old Gold Coast native is now a key member of the SUNS’ squad and comes in as part of the new age of truly athletic key position players.

North Melbourne’s leading goalkicker for 2020 was Ashmore, who returned a career-best tally of nine majors – equal to her combined total over the previous three seasons. The dynamic forward continued to show flashes of brilliance, having an impact moving up the ground while also making a menace of herself closer to goal with terrific instinctual play and sticky hands in traffic. Ashmore’s game-breaking ability came to the fore with bags of three and four goals against Richmond and Adelaide respectively, with her Round 3 effort particularly impressive given she was absent for most of her previous outing with concussion. Given the improving support cast around her, Ashmore’s x-factor stands out even more.

A junior footballing prodigy, Pregelj thrived upon her first taste of the big time with an outstanding debut campaign. The 171cm defender quickly became a staple in the SUNS back five, providing solid defensive work with her reading of the play and physicality, while also executing well in transition. Pregelj led her side for intercept possessions and rebound 50s in 2020, and was also prominent in the contested mark and metres gained categories, making for a well-rounded year from defence. The mature-aged draftee proved to be one of the more shrewd recruits of 2019, and should be a constant figure for the SUNS going forward.

There is hardly a more exciting young key position talent than Wardlaw, who was kept goalless just once throughout 2020. Marking is arguably the centrepiece of Wardlaw’s game, as she uses all of her 185cm frame and natural athleticism to dominate the airways. The 20-year-old’s goalkicking has also improved from her debut season, with a bag of three majors against Geelong in Round 2 her best effort as she led the competition’s goalkicking charts for much of the early part of the season. Given the steep rate of development on show already, the future looks bright for Brisbane’s spearhead forward.