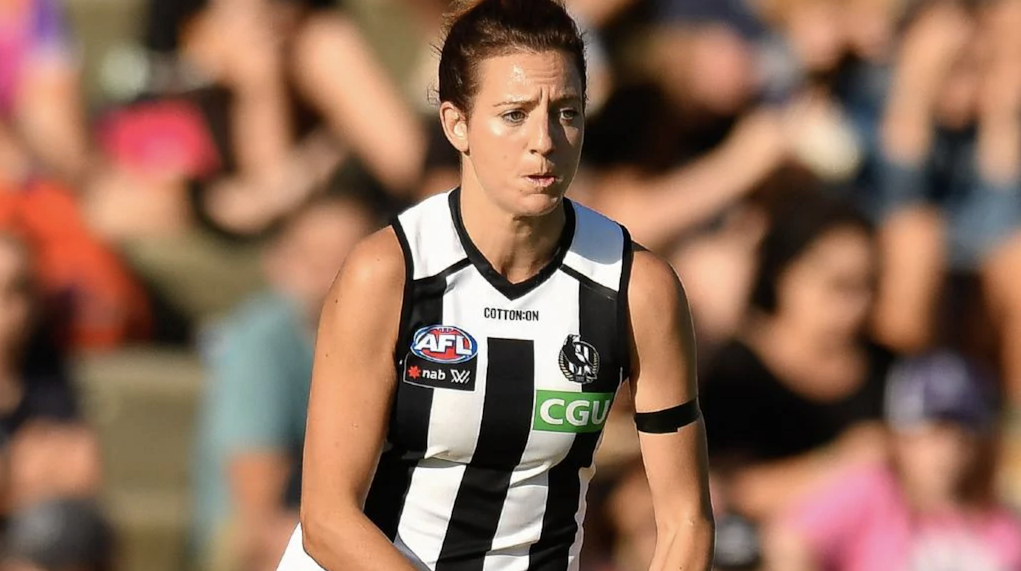 The first player making our countdown is a debutant this year in former Sandringham Dragons turned-Southern Saints talent, Olivia Vesely. Having only turned 20 in December last year, Vesely still has plenty of years ahead of her and showed her talent playing through the midfield and helping her team get the ball inside 50. She averaged more than 15 touches and four tackles per game, not afraid of bringing down stronger opponents. Vesely played every game in her debut season and looked ultra-impressive picking up at least 13 disposals in every match.

An elite-level netballer to go with her AFL Women’s achievements, Bennetts had a career-best year in 2020 by making the All-Australian squad. She picked up 12.4 disposals, 3.0 marks and laid almost two tackles per game, using the ball well coming out of defence. She has been a consistent player over the past few years transferring her game from her work with GIANTS Netball, and has lifted her number. Having already forged out 21 games, Bennetts looks to be getting better each year and will now return to the Suncorp Super Netball where she is a training partner with the GIANTS.

After a quieter year last year, the Fremantle talent stepped up again in 2020, almost reaching the numbers she achieved in her 2018 season. Impressively, Antonio continued the trend of playing further up the ground than in defence like she often did in 2018, instead playing that midfield-forward role this year with a success fo 12.1 disposals, 3.3 marks, 4.3 tackles, 2.7 inside 50s and four goals to her name from seven games. She has now booted 12 goals from 22 games and remains a key part of the Dockers line-up. Turning 29 at the end of the year, Antonio still showed she has some football left in her by making the All-Australian squad.

This year felt like a resurgence for the Colllingwood captain who on more than a few occasions stepped up and led her side brilliantly. Having had some inconsistent times in 2019, it seemed 2020 was mostly all pretty strong across the board and to be honest she was pretty stiff to miss out on the All-Australian squad. Her stats were up by a massive five disposals, a mark and an inside 50, with her fantasy numbers – which can be an indicator – lifting from 47.1 to 63.9. But her influence across the ground, stepping up when required was the biggest thing, laying crucial tackles or taking the game on, just making her presence felt if it seemed like the game was slipping away from the Pies. Her last three matches were her best, racking up 18 touches and six marks against both Brisbane and North Melbourne.

The second Docker to enter this list is one who was unlucky to miss out on the All-Australian team after a career-best season. Having been a consistent member of the side over the last couple of years like Antonio, Miller stepped it up in 2020 to provide more spread across the ground. It boosted her numbers and influence, averaging career-high disposals (13.9), marks (2.9), tackles (4.1) and inside 50s (3.6). More impressively her work rate lift was shown most prominently by her ability to rebound the ball more than once per game, while lifting her forward half touches. She only kicked the one goal, but her work from half-back to half-forward was strong and it showed with Fremantle’s success and depth to take the Dockers through the season undefeated.