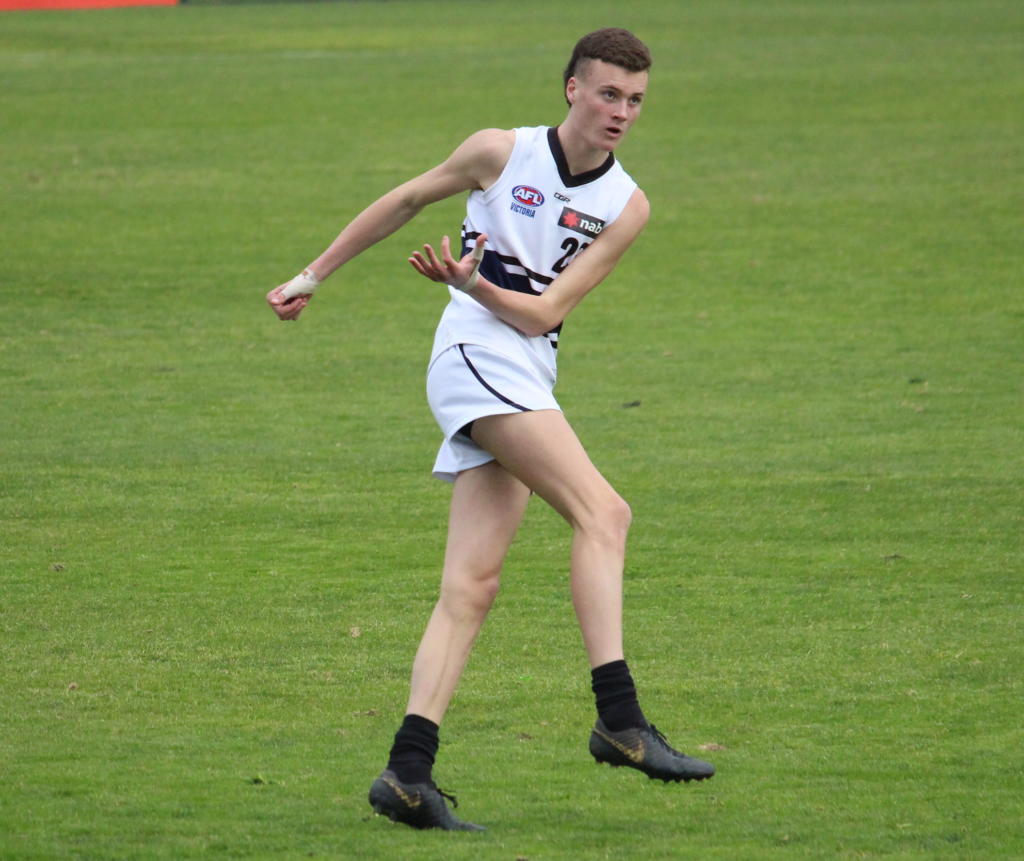 IN the build up to football eventually returning, Draft Central  takes a look at some of this year’s brightest names who have already represented their state at Under 17 or Under 18s level in 2019. While plenty can change between now and then, we will provide a bit of an insight into players, how they performed at the NAB League Preseason Testing Day hosted by Rookie Me, and some of our scouting notes on them from last year.

Next under the microscope in our AFL Draft watch is Northern Knights utility Nikolas Cox, who possesses rare athleticism for a player of his size. The 199cm prospect featured in multiple positions during his bottom-age season, comfortable at the bookends or even on a wing. In 2020, Cox will be looking to own a centre half-back role for the Knights and Vic Metro as he builds his strength while continuing to use his clean hands and skills on either side.

As one of just two Northern products in the Vic Metro hub, Cox will also prove to be one of the more valuable leaders among his region having been voted in as co-captain of the Knights for 2020. His experience in the Vic Metro squad last year is sure to put the draft candidate in good stead, with selection for the Under-17 Futures All Star showcase another highlight in Cox’s young career.

“Nik Cox is really professional in the way he goes about things, he’s obviously a really exciting talent – 199cm and he just ran a 6.05 on his 2km time trial which puts him in the absolute elite category of anyone who’s ever come through these programs with his endurance.

“He kicks the ball really well on both feet and makes good decisions, we’ll likely play him centre half-back and we’re really keen to see how he continues to develop because he’s certainly got a lot of weapons at his disposal.”

“Cox looked dangerous early on playing as a key forward, making use of the wind and judging the ball in flight to take a nice contested mark… he looks a good prospect for the 2020 draft as a taller player that can play a range of roles.”

“Cox is such an exciting prospect on athleticism and versatility alone, doing some nice work up either end as more of a key position option. “Cox’s leap and clean hands on both levels were exceptional, making him a threat no matter what kind of delivery he was given.”

“The bottom-ager has proven a marvel at ground level considering his size, but used all of his height in a more forward-oriented role in this outing. “It was a shrewd move, with Cox a nightmare matchup as he marked the ball at its highest point and got good separation on the lead from full forward.”

“This kid has some exciting attributes. “It was no surprise to see the 197cm bottom-ager play for Vic Metro at the Championships, the talent is there for all to see. “He is almost freakishly clean for his size at ground and possesses a left foot that any 180cm footballer would be proud of… he moves with a bit style and is a player that everyone should be keeping tabs on over the next 18 months.”