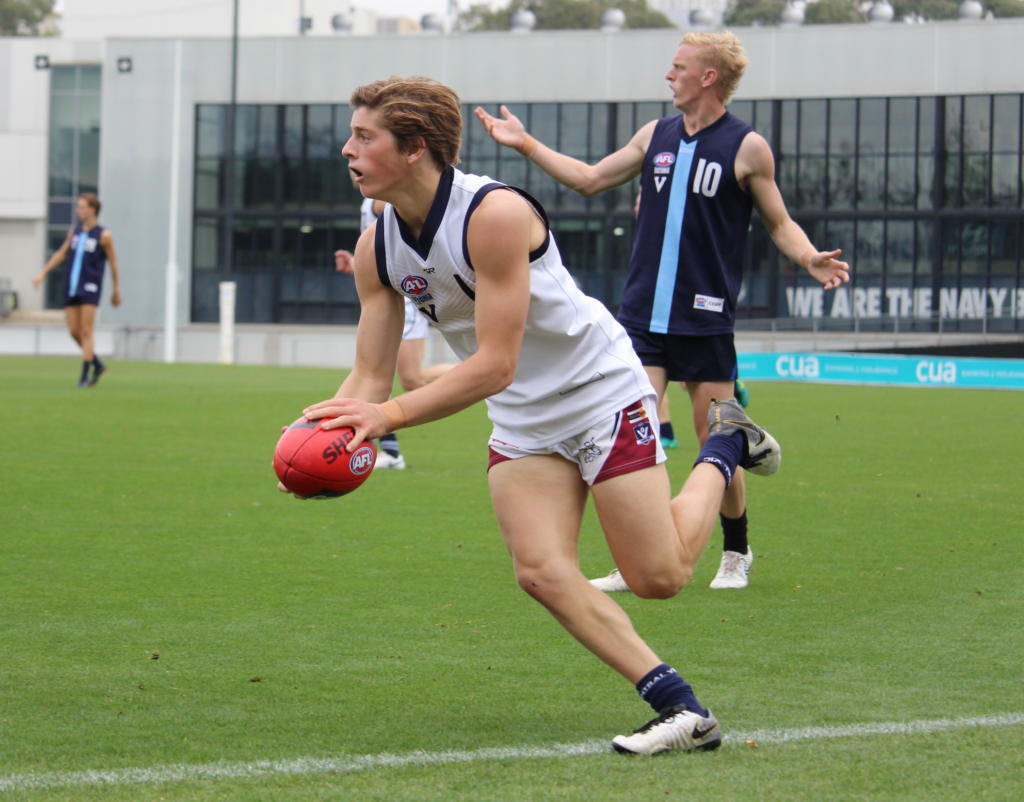 AS the postponement of all seasons commenced over the last few weeks, we head back to the pre-season a month earlier where we sat down with a number of athletes across the country. In a special Question and Answer (Q&A) feature, Draft Central‘s Michael Alvaro chatted with Bendigo Pioneers’ Sam Conforti at the NAB League Fitness Testing Day hosted by Rookie Me.

The diminutive midfielder-forward has been a feature for representative sides throughout his junior career to date, running out in Vic Country’s trial games last year after skippering the Under 16 side in 2018. Now a leader among the Pioneers group, the 173cm prospect will be looking to crack a National Championships berth after putting together a 16-game season for Bendigo in the NAB League across 2019. Much of Conforti’s experience has come through midfield or out on the wing, but he is now poised to lock down a role up forward where his agility and pressure around the ball will be invaluable.

SC: “Not too bad, I think I ran a PB (personal best) so I’m pretty happy. “Collectively, the boys ran pretty well so I think we’re all pretty happy.”

Is the running, particularly on the outside something you’re looking to bring into your top-age year?

“Definitely, trying to lead by example and trying to work both ways. “Obviously it’s good to run forward but, but we try and run back to help the backs out as much as we can as well.”

What sort of role are you looking to nail down this season, maybe a forward role?

“Yeah, this year I’ve moved forward. I’m trying to play a bit of a high half-forward role, trying to get up the ground to try and create in our forward half. “So I’ll probably just try and nail a forward role.”

Being through the Vic Country system for so long, how’s that aided your development?

“It’s helped heaps. I got to learn off the likes of Caleb Serong, Brodie Kemp, and Hayden Young last year and then even the boys around me at the moment – Elijah Hollands, Tanner Bruhn just to name a (couple). “Being around that sort of environment helps my leadership going back to Bendigo as well and trying to drive a good standard. So yeah, it’s been really good.”

Who are some of the Bendigo boys you’re looking forward to running out with?

“I think we had about five in the Vic Country Hub this year so we’re good across the top-agers. “Josh Treacy, Jack Ginnivan, and Seamus Mitchell are all good ones to learn off as well. “They really drive the standards back at Bendigo and even Jack Evans and the likes of that are also pretty handy too.”

In terms of your goals, how will you rate the success of your season by the end of it?

“Well hopefully team success, it’s probably the biggest one for me. “So hopefully winning the NAB League would be nice but as far as on-field goes, just trying to play consistently, to stay in the side and play my role for the side.”