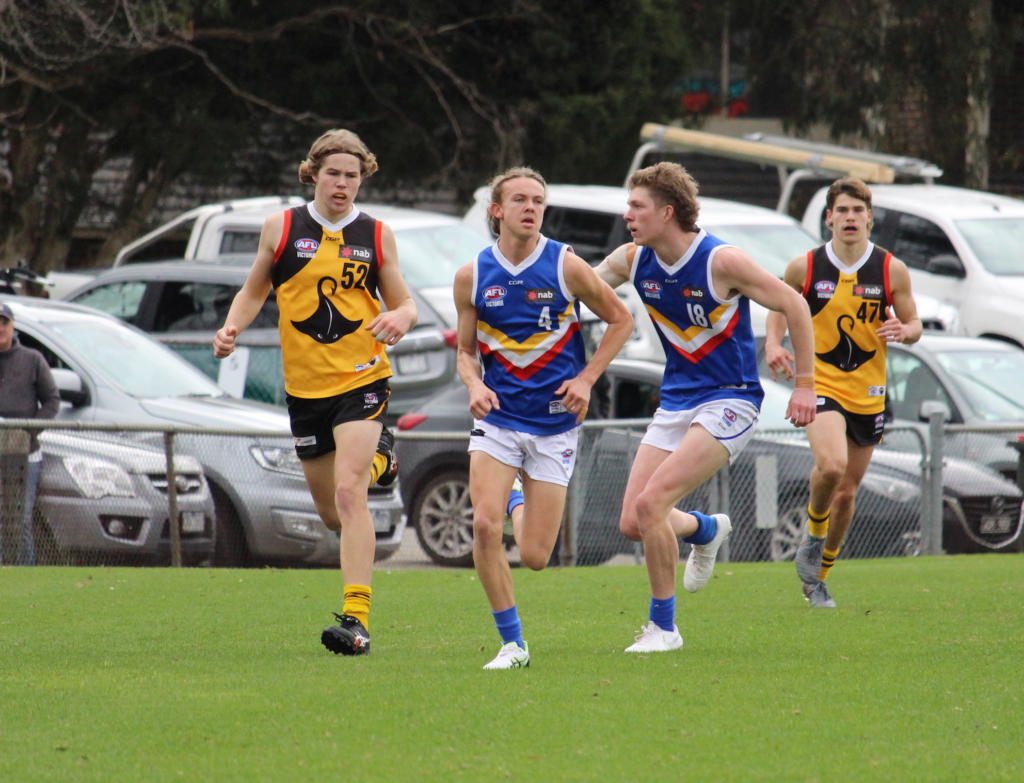 AS the postponement of all seasons commenced over the last few weeks, we head back to the pre-season a month earlier where we sat down with a number of athletes across the country. In a special Question and Answer (Q&A) feature, Draft Central‘s Michael Alvaro chatted with Eastern Ranges’ Joshua Clarke at the NAB League Fitness Testing Day hosted by Rookie Me.

The speedy half-back flanker already boasts an impressive NAB League resume having featured across 18 games in Eastern’s 2019 minor premiership-winning side, and is one of five Ranges currently attached to the Vic Metro Academy Hub. Clarke’s speed and line-breaking ability going forward helped him stand out as a bottom-ager, while his penetrating left boot became an asset throughout 2019. Looking to continue a similar role in 2020, the 181cm prospect would have been raring to go come Round 1 despite a pre-season groin niggle.

MA: Josh, you’re sitting out the testing today – what’ve you picked up?

Are you going to be ready for Round 1?

“Yeah I’ll be ready for Round 1, definitely.”

What about the rest of the preseason to date, have you had a solid one?

“I’ve had a fairly solid preseason. “Probably been out for maybe two or three weeks but the boys are going along really well and we get along as a great bunch.”

Playing off half-back in a really good team last year, how’d you rate your bottom-age season?

“I was pretty happy to even just play one game as a bottom-ager but was lucky enough to play the whole year so I was very happy with my performance as a bottom-ager. But I’ve just got to step up this year and be a leader.”

What’s it like for the team having the grand final experience from last year, will it put you in good stead?

“Obviously last year we didn’t have any drafted which showed that we are a team and it’s the same this year. “I think we’ve got the same character, the same mottos we go by so again, I think that us as a team will do pretty well this year.”

Are you looking to move up the ground a little bit, or will you lock down that half-back role again?

“I don’t really mind. “I’d love to have a half-back role, I feel like I can play my best footy there. “On a wing is another place I’m pretty good at so yeah, I like to move forward and kick goals.”

Being around the traps at the Vic Metro Hub, how’s that been for your development?

“It’s been a lot of help, surrounded by players that are better than me and a lot of good leaders and people setting the standard. It’s been really good to learn off them.”

Who are some of the players you’re looking forward to playing alongside this year for Metro?

“Eddie Ford, a pretty exciting character. “And definitely Bailey Laurie, he’s a very quick sort of player that I want to (emulate).”

In terms of your game on-field, what are some of the things you’re looking to iron out heading into your top-age year?

“Obviously playing half-back, to nail being a defensive player because that’s my role at the start of the day. “So becoming tighter on my defending, more aware but when I can impact and run off, that’s when I’ll do that.”

Are there any landmarks that you’re looking to hit or goals you’re setting at the moment?

“For me it’s just to set the standard at Eastern. “There’s a lot of boys there that haven’t had the experience, were lucky enough to play last year or been through the system. “So to sort of guide them through that, and we have a great captain in Connor Downie to put us under the wing – he’s very good.”