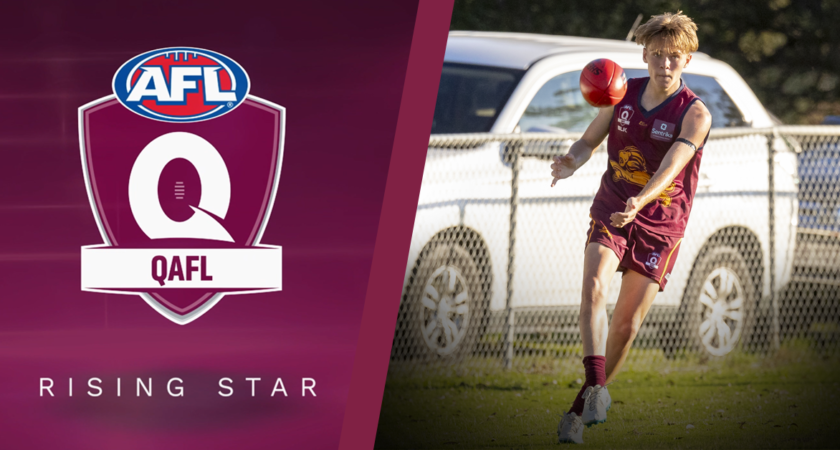 AS the postponement of all seasons commenced over the last few weeks, we head back to the pre-season where we sat down with a number of athletes across the country. In a special Question and Answer (Q&A) feature, Draft Central‘s Peter Williams chatted with Gold Coast SUNS Academy prospect Ethan Hunt at the Queensland pre-season fitness testing day hosted by Rookie Me. As we delve into the Queensland-based talent, you’ll get to know everything you need to know about the brightest academy talents.

The Palm Beach Currumbin top-ager, who is not to be mistaken for the Brisbane Lions academy product of the same name, earned a QAFL Rising Star nomination last year with the Lions. A clever half-back/midfielder with good skills, the 176cm prospect showed a steep rate of improvement in his bottom-age season to earn selection in Queensland’s Under 17 squad after featuring for the SUNS twice at the back-end of their NAB League cameo. Hunt was also a standout with 17 disposals, six tackles, and four inside 50s from his relatively new defensive role against NSW/ACT in 2019, and will again look to earn representative honours via the SUNS Academy should the season get underway.

EH: “It’s been pretty good. Obviously we got put through our paces with the yo-yo just then but yeah, everyone’s going pretty hard so it’s good.”

What do you see as your strengths athletically?

“Probably the yo-yo is one of my biggest strengths, and obviously I’m just average at most of the others but yeah, the yo-yo I reckon.”

Is that something that shows out on the field, your running capacity?

“Yeah most of the running through the midfield, and I’ve started a new role in the backline.”

What do you see as the strengths in your game?

And what have you been working on?

“I’m working on this new role in the backline to add another string to my bow, to try and be an attacking backman and just using my foot skills coming off the backline.”

Who are the kind of players you model your game on?

“If it had to be a player it’d probably be Kane Lambert from Richmond. Just a hard-working midfielder (who) just adapts to what roles he can play.”

Playing for the Gold Coast Academy and in the QAFL last year, what was that like?

“At the start of last year, the first three academy games I didn’t play and then got a gig just through going back to QAFL and earning a NEAFL game. Then yeah, played the last two academy games and it was big work.”

What was the difference in standard like between those levels?

“Obviously that first game (for Gold Coast) in Victoria we got a bit of a smashing so it really just showed the standard and how good they are and what level you have to be at.”

And your goals throughout the year?

“My goals are obviously to try and push into the Allies squad and just play all six academy games and play well.”