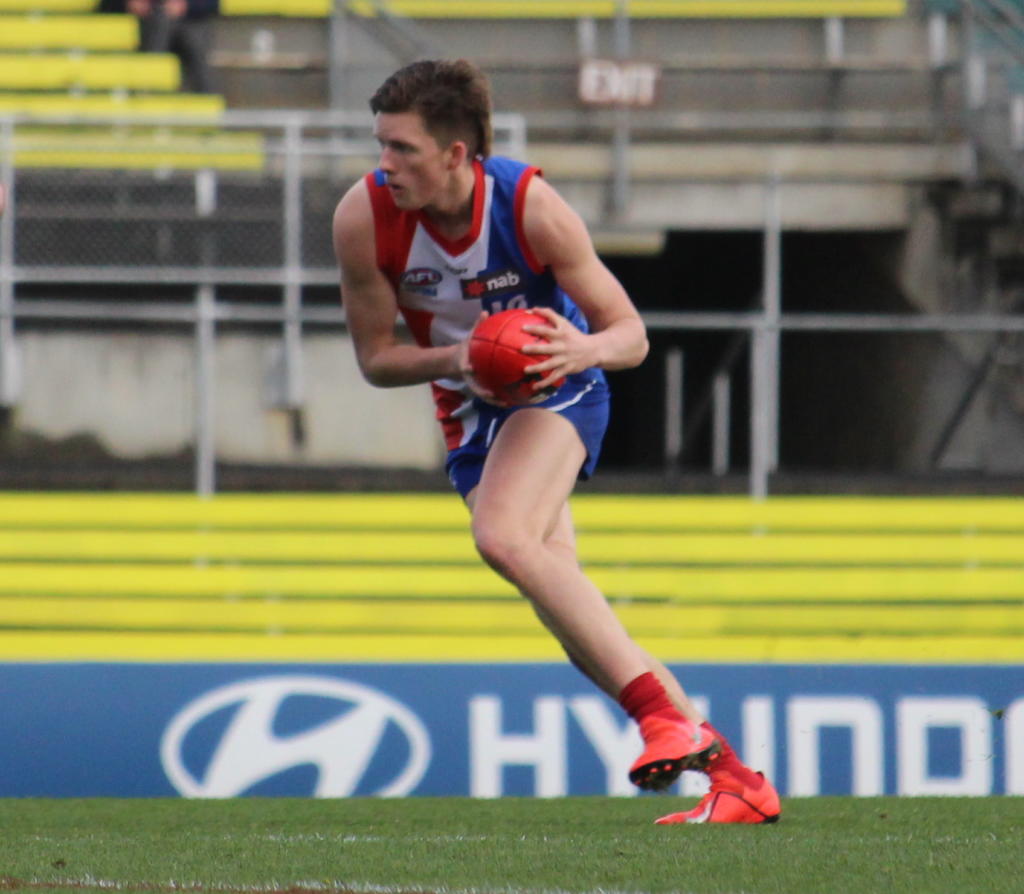 IF you are missing footy like we are, then let us somewhat salvage that with a look back in a new series of Classic Contests. In today’s contest we look at one of the would-have-been Round 4 clashes in the NAB League this year between the Gippsland Power and Eastern Ranges. In this edition, we wind back the clock to 2019 when the teams played out a see-sawing affair in Morwell as the Power held on for victory.

The pre and post-National Championships periods often see NAB League sides stacked to the brim with top-end draftable talent, and it was no different in last year’s Round 6 contest between Gippsland and Eastern at Morwell Recreation Reserve. The Ranges had shot out of the blue to make a 4-1 start to the season, but a meeting with the highly-fancied Power side awaited – on the road, no less – and would always prove a test of their true credentials. The Power were 3-1 having already notched up a bye, going down only to reigning premier, Dandenong to that point. Both sides came in off wins over Northern Academies, with Gippsland scraping over the line against GWS, while Eastern comfortably accounted for Gold Coast.

Five eventual AFL draftees lined up for the hosts, as Sam Flanders, Brock Smith, Fraser Phillips, Charlie Comben, and Harrison Pepper formed a formidable spine, with 2020 top-ager Zach Reid only consolidating it at full back. While the 2019 Ranges squad only produced one mid-season draftee (Cody Hirst), there were a bunch of notable players in the line-up. 2020 over-ager Jamieson Rossiter slotted in at centre half-forward, with top-aged Academy members Connor Downie and Joshua Clarke also on the team sheet. 2019 Vic Metro representatives Lachlan Stapleton, Mitch Mellis, and James Ross made for reliable operators all year, and would certainly have their hands full against quality opposition in this fixture as leaders of the group.

A high-scoring opening term set the stage for an action-packed clash, with both sides shooting sharply in front of goal to register a combined 9.2. It was the Ranges who found their way on top though thanks to their superior five-goal effort, hitting back at each of the Power’s advances and gaining the ascendancy late as Bailey White cancelled out Flanders’ equalising goal. But with the advantageous end, Gippsland began to have their say with a four-goal to two second stanza – all while both sides maintained remarkably accuracy. In an end-to-end final five minutes of the half, Phillips and Riley Baldi put the Power two goals ahead, before White’s second goal brought the margin back to single digits.

It was again Eastern’s turn to shift the tide and the Ranges somewhat managed to do so with two goals to one in the third term as the contest tightened up. Harvey Neocleous’ third-minute major did little to stop Eastern from hitting back with six-pointers as the Power began to stray in front of goal. With the lead cut to four points heading into the final change, a grandstand finish awaited. Ben Hickleton immediately put the pressure on the Power as he goaled with two minutes on the clock in the final term, putting the Ranges in front before Billy McCormack extended the buffer to eight points. But the cream rises to the top, especially in the clutch, as Flanders and Comben goaled to reinstate Gippsland’s ascendancy. Tom Fitzpatrick’s major with a tick over six minutes left meant the Ranges required two goals to win, but they could only managed a single behind as the hosts held on for victory.

Eastern’s ball magnets stood up in the engine room despite the losing effort, with Stapleton (28 disposals, nine tackles, six inside 50s) and Zak Pretty (28 disposals, six inside 50s) leading all comers, while Mellis found it 21 times. White and Hickleton were the main culprits in front of goal, each bagging three majors while McCormack managed two as the only other Eastern multiple goalkicker. 2020 top-agers Downie (10 disposals) and Clarke (13) had steady games, with Rossiter able to claim one major from his eight disposals.

For the stacked Gippsland side, Flanders led the way with two goals from his 25 disposals and five inside 50s from midfield, trailing only Phillips (20 disposals, seven marks, three goals) in terms of scoreboard impact. Skipper Smith racked up a team-high 27 touches from defence, while Riley Baldi (26 disposals, one goal) and Ryan Sparkes (21 disposals) were others to stand out. The remaining two draftees, Pepper and Comben, managed 18 and 14 touches respectively, with bigman Comben also notching six marks and a goal.

The two sides would meet just once more in 2019, with Eastern getting the chocolates in their preliminary final tie to the tune of 30 points. The Ranges, who also ended up minor premiers, fell short of a rampant Oakleigh side in the grand final, while Gippsland bowed out at that preliminary final stage after finishing one game adrift in second.