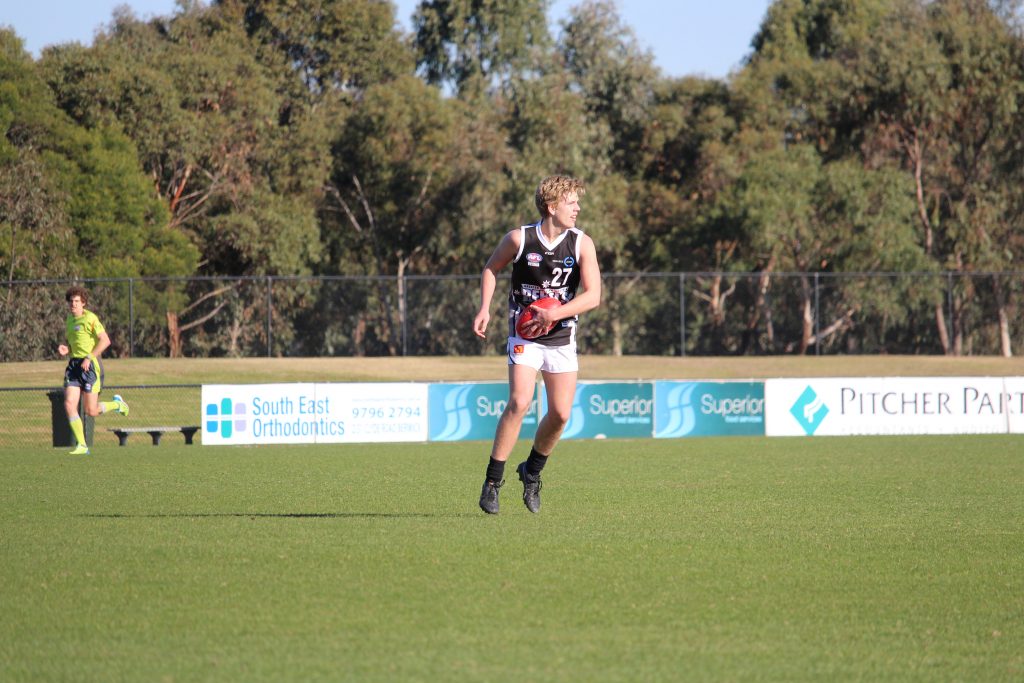 IF you are missing footy like we are, then let us somewhat salvage that with a look back in a new series of Classic Contests. In today’s contest we look at one of the would-have-been Round 4 clashes in the NAB League this year between Greater Western Victoria (GWV) Rebels and Northern Knights. In this edition, we wind back the clock to 2017 when the teams played out a draw up at MARS Stadium with both teams understrength due to the AFL Under 18s National Championships taking place at the same time.

Two sides keen to get a win at the midpoint of the 2017 TAC Cup season were sixth placed Northern Knights and ninth placed GWV Rebels. The Knights sat a win outside the top four but a poor percentage of just 79.76, while the Rebels had a better percentage of 86.04, but had to win in order to knock Eastern Ranges out of the top eight. The Rebels had gone down to Gippsland Power by 27 points the week before, while the Knights had a match to forget, humbled by Oakleigh Chargers to the tune of 84 points at Preston City Oval.

Northern would pepper the goals early with a couple of behinds before Patrik Della Rocca finally got one on the board for his side in the 12th minute mark of the term. The Rebels, who had been held goalless until the 15th minute had a flurry of activity with a goal from Trent Reed and behind from Matty Lloyd to give them some hope, before Della Rocca finished the term with another another major to head into quarter time. The second term saw the Rebels hit back with goals to Lochie Dawson, Tom Clark and Keegan Gray, while a major to Jamison Shea midway through the term ensured the visitors did not cough up the lead by half-time.

Another burst of activity from the Rebels on the other side of half-time saw them kick a couple of majors through Jackson Taurau and Scott Carlin, but a host of misses – booting 2.3 to 0.0 in the first 21 minutes – did not give the Rebels the lead they deserved. A behind to future Eagle, Jack Petruccelle and then major to Harrison Grace on the edge of three quarter time cut the deficit to just five points heading into the final break. Both sides continued to pepper the goals trading behinds back and fourth for the first 22 minutes with three behinds to the visitors and two to the home side, before with two minutes and 10 seconds left, Sam Binion broke through to kick the only major of the last term and level the scores. Despite the best efforts of both teams, neither could get a winning score on the board and both had to settle for two points apiece after the hard-fought game.

Northern would go on to make the finals, but be bundled out rather quickly by Oakleigh Chargers in a similar result to their Round 10 clash that season. The Rebels would end up finishing 11th, and ironically had this draw been a win, that finishing position would have been ninth.