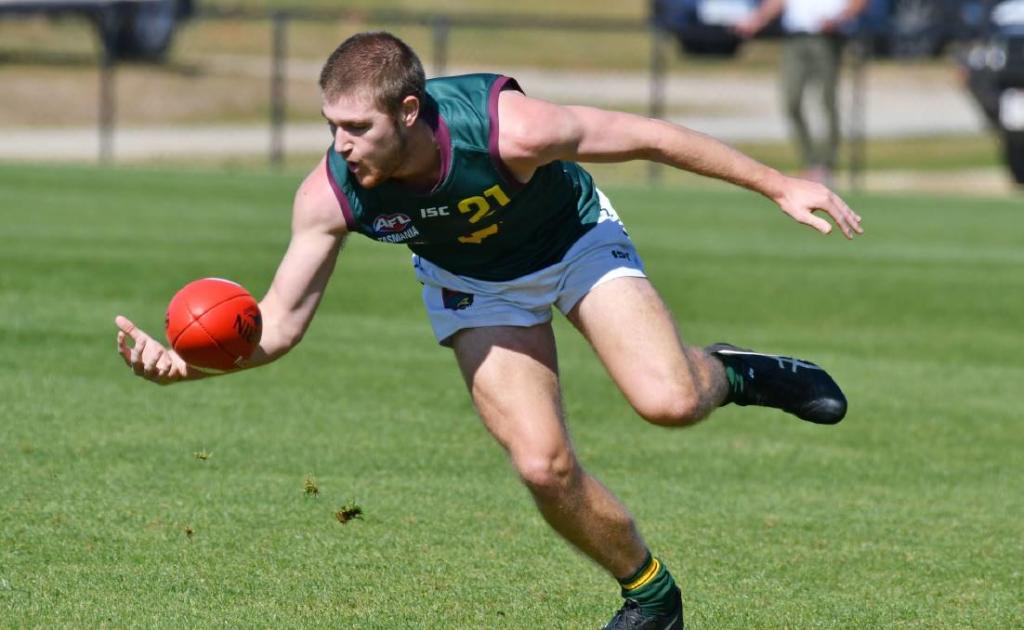 IF you are missing footy like we are, then let us somewhat salvage that with a look back in a new series of Classic Contests. In today’s contest we look at one of the would-have-been Round 4 clashes in the NAB League this year between Tasmania Devils and Bendigo Pioneers. In this edition, we wind back the clock to 2019 when the teams played out their first contest and saw the Devils hold on for a thrilling-two point victory.

With six rounds down, both Tasmania Devils and Bendigo Pioneers were evenly poised on the ladder. They both had two wins from five games, though the Pioneers were desperate to overturn a three-gam losing streak and held the narrowest percentage lead over the Devils from 11th to 12th with just 1.38 per cent separating the two sides on the NAB League Boys ladder. Tasmania had also suffered back-to-back losses after stringing together a couple of wins against Northern Territory and Calder Cannons. The week prior, the Devils had push Oakleigh Chargers all the way, going down by one point, while the Pioneers had lost to the Cannons by 16.

It was a scrappy start to be fair with the Devils leading 0.5 to 0.1 with 21 minutes down and four to play in the opening term. What happened in the final four minutes was hard to believe, but the Devils just exploded with goals to Rhyan Mansell, Bailey Gordon and then Cohen Stephenson after the siren to blow the margin from four points to 22 points in that short time frame. It took four minutes into the second quarter, but Jack Hickman and then Pioneers captain James Schischka kicked truly to cut the deficit back to eight points, before Jye Menzie kicked his first of the day, which was countered by Jack Ginnivan a short time later. The Devils maintained a lead, but just seven points at the main break, while the Pioneers had the momentum heading into the second half.

Just two minutes into the third quarter and Ginnivan had his second goal to level the scores, but a crucial steadier from Ethan Jackson gave the Devils a bit of breathing space. Menzie’s second and then a goal to Lachlan Gadomski extended the visiting side’s lead out to as much as 21 points at one stage. A pair of majors late in the term to Sam Conforti and Riley Clarke reeled in the deficit to nine points at the last change, setting up a highly anticipated final term. It lived up to expectations with Menzie’s third snag giving his team a 15-point buffer nine minutes into the term. A five-minute purple patch for the Pioneers midway through the quarter saw them storm into the lead courtesy of goals to Jake Dick-O’Flaherty, Conforti and Schischka, with the latter putting his team in front. Just when it looked as if they had given up a strong lead, Oliver Davis saluted with a steadier for a two-point narrow advantage. But again Bendigo came, booting a fourth and fifth goal in the quarter with Braydon Vaz and Dick-O’Flaherty converting majors.

The margin was 10 points in favour of the home side at the 22 minute and 39 second mark. Just two minutes and 21 seconds remained in the contest and it would take an amazing effort for the Devils to win from there. Isaac Chugg‘s goal with 59 seconds left of the clock had the Devils not out of the contest, and the Pioneers wary that the next 60 seconds would be the most crucial of the match. It took the umpires until the 24.42 mark of the term to throw the ball up, which meant Tasmania had 18 seconds to get the ball from the middle to the forward 50. With the density rule in play, Bendigo was not able to flood back numbers which gave the Devils an even chance. The Devils won the initial tap but it was sharked and Aaron Gundry thumped it to half-forward where Tasmania’s Liam Viney received the handball from a tackled Gadomski and just bombed it on the boot with seven seconds remaining. A crucial handball from Will Harper to a teammate to quickly put it on the boot which was marked by Menzie on a clever lead. The siren sounded a few seconds later and he calmly slotted the after-the-siren winner to hand his team the unbelievable win.

Menzie was the star of the show with four majors from 12 disposals and three marks, while Ben Simpson won the most disposals for his side with 22, as well as eight marks, two clearances and two rebounds. Jackson (21 disposals – 12 contested – six clearances, three inside 50s and a goal) and Oliver Burrows-Cheng (19 disposals – nine contested – six marks, seven tackles, four clearances and six inside 50s) were strong in midfield. Sam Collins was a reliable source in defence with 19 disposals, three marks and five rebounds, teaming up well with Patrick Walker who had 13 touches, two marks and five rebounds. Davis laid a game-high 13 tackles to go with his 15 touches, four clearances, four inside 50s and a goal, while Mansell helped himself to 14 disposals, five marks, six inside 50s and a major.