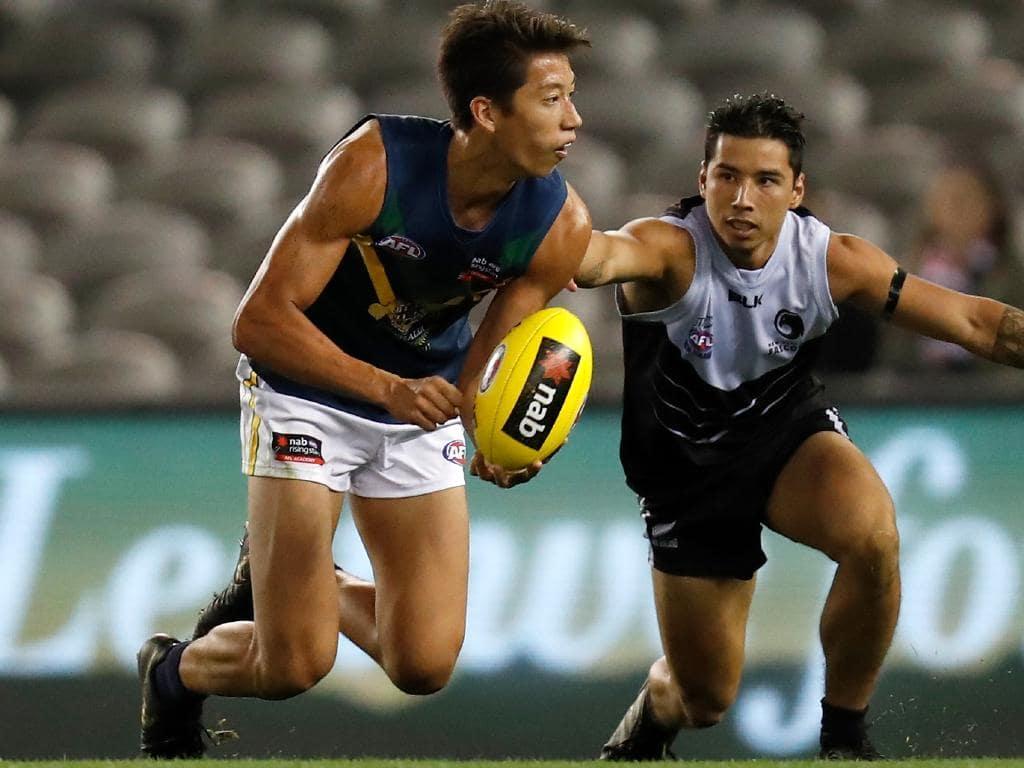 AS the postponement of all seasons commenced over the last few weeks, we head back to the pre-season where we sat down with a number of athletes across the country. In a special Question and Answer (Q&A) feature, Draft Central‘s Peter Williams chatted with Gold Coast SUNS Academy product Alex Davies at the Queensland pre-season fitness testing day hosted by Rookie Me. As we delve into the Queensland-based talent, you’ll get to know everything you need to know about the brightest academy talent.

What better place to start than via Davies’ story, with the Cairns native entering his top-age year as the Sunshine State’s brightest draft prospect. A representative of Queensland at Under 16 and 17 level, the big-bodied midfielder also ran out on AFL Grand Final day as part of the Under 17 Future Stars showcase in 2019 after plying his trade for Gold Coast in the NAB League, and knocking around the Allies squad as a bottom-ager.

Davies’ clean hands and poise at the stoppages are somewhat credit to his promising junior basketball career, potentially making him next in line to be placed under the fabled ‘basketball background’ label. Breaking the 190cm mark, Davies is the prototypical modern day midfielder, and will likely become one of the SUNS’ automatic academy listings come draft time. Without further ado, hear what the promising youngster had to say about his experiences and the year ahead.

PW: You missed out on testing today, are you far off?

AD: “No, not too far off. “I’m just getting my workload back now and I’ll probably re-do a testing day in the next two weeks to catch up.”

And how’s the pre-season gone?

“It’s gone well, a bit interrupted with just a few issues but I’ve gotten on top of it now.”

“Firstly, I grew up in Cairns, played all my local footy and all my junior footy there. “Then did all the rep stuff through Queensland and I was lucky enough to get relocated through the SUNS, so they put me with a host family and I left Cairns around this time last year. “I’ve just been training and doing everything I (can) to get me ready for the future I guess.”

What’s it been like being part of not just the Gold Coast Academy, but also the Allies Hub?

“It’s been phenomenal. “The opportunity we get and all the training we receive, you’re pretty much in an AFL environment a lot so you get used to it and it’s just crazy, you get exposed to a lot of things.”

What kind of role have you been playing on-field?

“I’m normally an inside mid… (my coaches) are trying and make me into a big-bodied inside mid, so I’ve just been working hard at that and I’m working on my fitness. “But yeah, just inside mid, getting clean hands and just distributing the ball.”

What kind of areas do you want to build on from that?

“Just getting to the next contest, just always moving to give myself the best chance to get more ball.”

And what are your goals for the year?

“My goals for the year are definitely to play as many games as I can through the Academy and Allies, and just set myself up to give me the best opportunity to get drafted.”