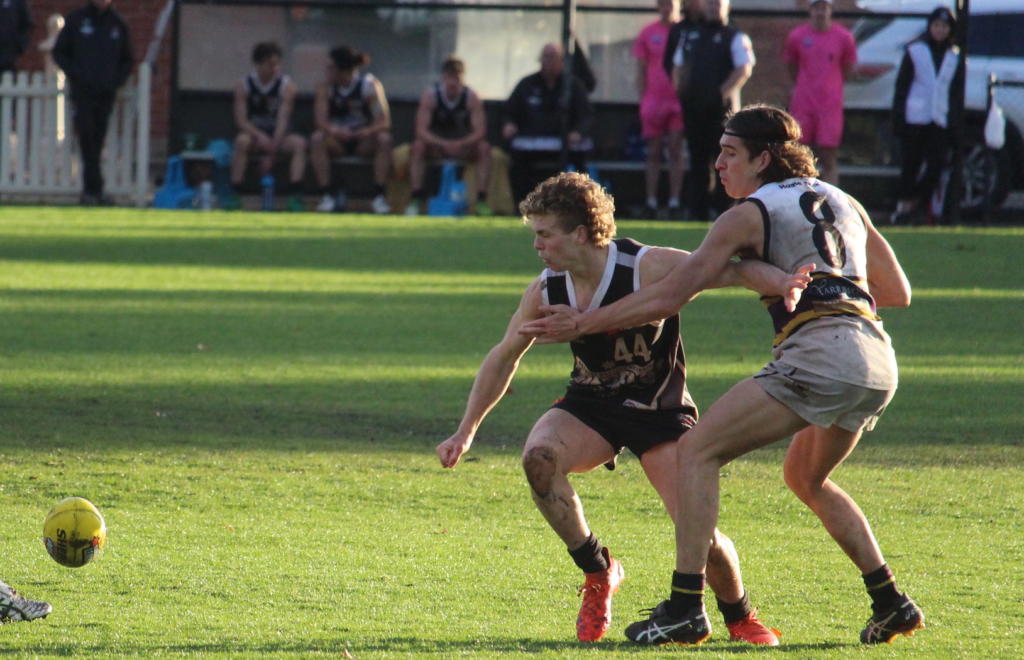 AS the postponement of all seasons commenced over the last few weeks, we head back to the pre-season a month earlier where we sat down with a number of athletes across the country. In a special Question and Answer (Q&A) feature, Draft Central‘s Michael Alvaro chatted with Murray Bushrangers’ Zavier Maher at the NAB League Fitness Testing Day hosted by Rookie Me.

The talented midfielder has had injury setbacks over the journey, only playing his first game for the Bushrangers last year in June. He managed to string six games together in the back-end of the year, averaging 10.5 disposals, 2.0 marks, 3.2 clearances, 2.8 inside 50s and 3.0 tackles, as well as booting two goals, before going on to run out on the MCG for the Under-17 Futures game post-season.

ZM: “Yeah I have, I’ve just got a little niggle in the hip. “Nothing too serious so I was still able to do the vertical and 20m sprint so that was good. “But just missing out on the agility and the yo-yo.”

Coming off a pretty strong bottom-age year, you played a little bit of Vic Country, how was that experience for you?

“Yeah it’s been really good and obviously with a bit of a setback. “Getting that confidence by playing in those games has really led into this year and hopefully I can keep progressing and have a good year this year.”

You also play footy at Caulfield, got a few Murray teammates there as well, are you the skipper there too?

“Nah we haven’t done the leadership there yet, but it’s definitely where I want to be. “It’s great being down at Caulfield, especially with a few Murray boys. “You kind of get that bond and culture so it’s really good.”

You’ll be pretty busy with a few teams this years with Country, school footy and Murray, who are some of the boys you’re looking forward to playing alongside?

On the field, what are some of the areas you’re looking to improve on at the moment?

“Definitely one of the big things I want to work on this year is my leadership so outside my game. I want to be seen as a leader this year. But probably inside, just making sure I’m clean with my fundamentals, really trying to be clean with ground balls and really working on that short kicking. That’s probably my main thing that I’ve worked on this preseason just that short kicking.”

In terms of your strengths, you’ve got that clearance game down pat, a really good driver forward of the ball, are you looking forward to keep showcasing that as well?

“Yeah, definitely one thing with a bit of confidence this year is to showcase my ability to win the ball and also use my explosive speed to burst out of the contest and hopefully get on the end of a few more this year.”