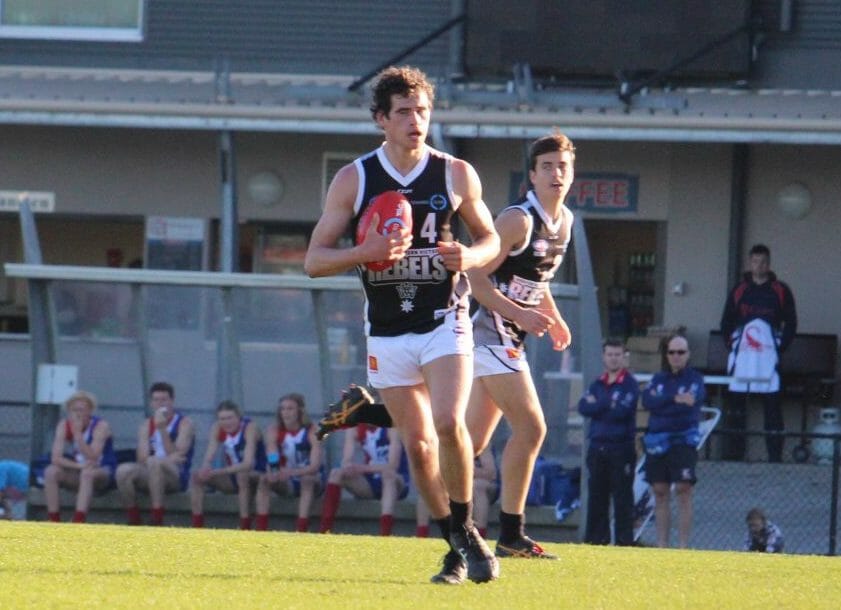 IF you are missing footy like we are, then let us somewhat salvage that with a look back in a new series of Classic Contests. In today’s contest we look at one of the would-have-been Round 3 clashes in the NAB League this year between Murray Bushrangers and Greater Western Victoria (GWV) Rebels. In this edition, we wind back the clock to 2017, in a game that Rebels fans are unlikely ever to forget when their side mounted the most memorable of comebacks from 43 points down at the final break to run over the top of the highly fancied Bushrangers.

Coming into Round 15, the clash at Ikon Park saw these two teams at opposite ends of the ladder with the Bushrangers sitting third on the table, but just three tenths of a per cent ahead of Sandringham Dragons – while the Rebels were 10th, two points ahead of the bottom two in Bendigo Pioneers and Western Jets, and only two points adrift of Calder Cannons in ninth. Made more important for the Rebels was the fact that the Jets had won the day before – temporarily leap-frogging them on the table – while the Cannons and eighth placed Gippsland Power both lost helping the visiting team’s finals hopes.

The game started off as one would expect with the Bushrangers booting four goals to one and opening up a 19-point lead at the first break. The Rebels managed to regain the ascendancy in the second term with the breeze, booting three goals – the same number as the Bushrangers – but squandered their chances with five behinds. Still leading by 16 points at the main break, the Bushrangers piled on 6.4 to 2.1 in the premiership term to hold a massive 43-point lead by the last change. No one at the ground would have given the Rebels a chance from there, even with a breeze given they would need to more than double their score to win, let alone not concede a goal. Basically it would need to be an eight goals to zero final term, surely that was impossible?

Nobody told Aiden Domic and the Rebels though, as the visitors piled on eight consecutive goals in the last term to remarkably run over the top of the Bushrangers in one of the winners’ most memorable performances. Domic was a catalyst with four goals from 28 disposals, seven marks, three clearances, seven inside 50s, four rebounds and two tackles, while Aaron Shepherd (14 disposals, three tackles and 2.3) and Keegan Gray (11 disposals, five marks – three contested – and two goals) all hit the scoreboard multiple times. Captain Callan Wellings was strong through the middle with 23 disposals, seven marks, four tackles and a goal to be named among the best, while defender Matty Lloyd (20 disposals, seven marks) and high-flying forward, Jordan Johnston (18 disposals, seven tackles and a goal) were also impressive up opposite ends. The sole future draftee from the winning side was Flynn Appleby who played his consistent defensive game with eight disposals, four marks and two tackles to be named among the team’s best.

For the Bushrangers, future Saint Doulton Langlands was named the best with 22 disposals, seven marks, three tackles and a goal, while the other future draftees in the game were Jordon Butts (15 disposals, five marks, four tackles and 1.2), Jacob Koschitzke (16 disposals, four marks), and Ely Smith (17 disposals). Amongst the best were Angus Hicks (23 disposals, four marks, three clearances, five inside 50s, three rebounds and six tackles) and Will Donaghey (21 disposals, four marks and three tackles) in midfield). Nick Murray (13 disposals, three marks) was strong as ever in defence as competition leading goalkicker, Daniel Johnston booted 4.1 from 14 disposals, nine marks (four contested) and 10 hitouts rotating through the ruck. Not named in the best, but the biggest ball winner was Nick Richards who racked up 29 disposals and four tackles.

When the season finished, the Bushrangers would end up fifth and taking on Sandringham Dragons, going down by 51 points at MARS Stadium in the elimination finals, while the Rebels would end up in 11th, two points off ninth and 10th on the table.