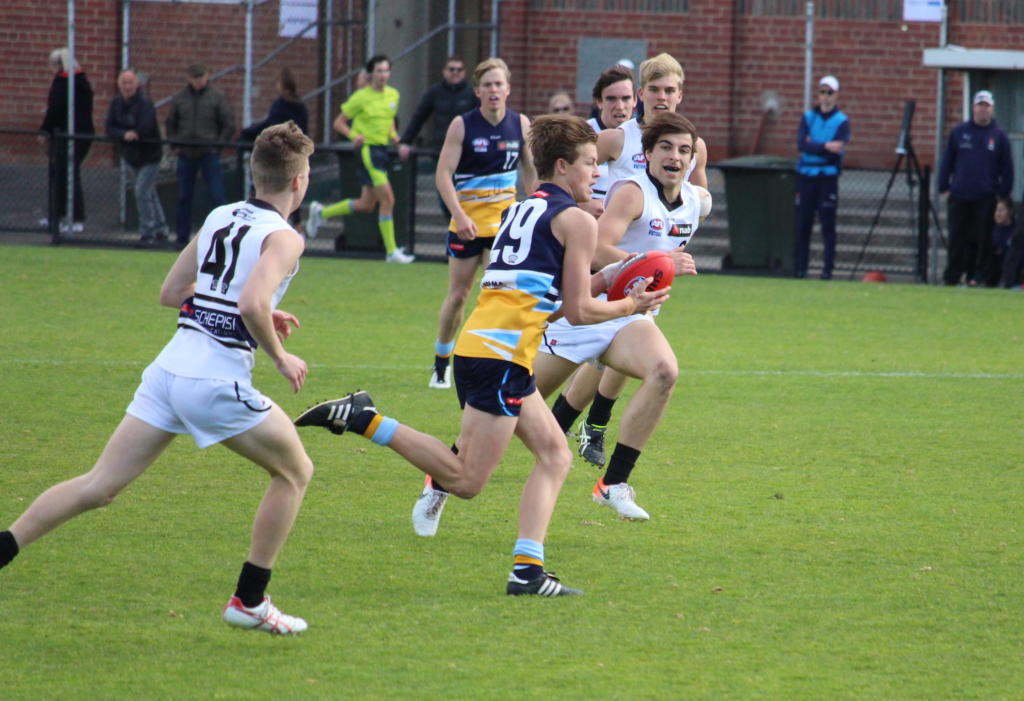 AS the postponement of all seasons commenced over the last few weeks, we head back to the pre-season a few weeks earlier where we sat down with a number of athletes across the country. In a special Question and Answer (Q&A) feature, Draft Central‘s Michael Alvaro chatted with Bendigo Pioneers’ Jack Ginnivan at the NAB League Fitness Testing Day hosted by Rookie Me.

Having cracked a century of goals in a single junior season at just 11 years of age, the zippy goalsneak has matured into a hard-running half-forward with eyes on some midfield time in his top-age campaign. The 182cm jet bagged 19 goals across his 12 NAB League games in 2020, averaging a tick over 16 disposals and three marks to boot as one of Bendigo’s most promising draft prospects.

JG: “It’s been pretty fun. I’m injured at the moment so that’s been a bit disappointing but it’s good to see all the boys going well.”

What kind of a knock have you picked up?

“Hamstring. “So only two to three weeks which is good, but yeah a bit disappointing. “But good to be here.”

But a pretty solid pre-season other than that?

“Yeah it’s been really good. “The Pioneers are in a pretty good spot, everyone’s up and about there, a couple of injuries but it’s been good, real good.”

You found some form in the back-end of last season, how’d you rate your bottom-age year?

“It was a fun year, it was challenging but it was really good. “Yeah, I hit some form late and hopefully (can) continue this year.”

You played forward a lot last year, will you get more of a run in the midfield now?

“Yeah hopefully I can go into the midfield a bit this year. “About 50-50 forward and midfield which will be really good, change it up and yeah, it’ll be exciting.”

What are you improving on to transition into that midfield role?

“I’m working on contested ball especially, and tackling – there’s a really big emphasis on that which is the key to be a midfielder.”

On the flip-side, what are the strengths that’ve shown you’re capable of the role?

“Probably my kicking at the moment, it’s probably my best asset. “And my two-way running has gotten heaps better than last year.”

What’s it been like knocking around the Vic Country Hub?

Does it help having a couple of Bendigo teammates in there as well?

What kind of goals are you setting for the year, if any?

“Obviously the big goal is to get drafted but probably to win a couple more games than we did last year for the Pioneers – a bit of team success would be excellent.”

FROM THE TALENT MANAGER:

“Jack Ginnivan’s come back from the experience at camps one and two far more changed, far more responsible and mature in his approach to his footy. “That’s not to say he was irresponsible, and he’s still a character – we like that… he’s mainly played as a forward but he’ll probably play a bit of half-back and a bit in the mid. “He’s very good around goals, he’s got a bit of the Joel Selwood’s – seems to get a fair few head-high tackles and free kicks so I reckon he might play a different role this year.” – Steve Sharp