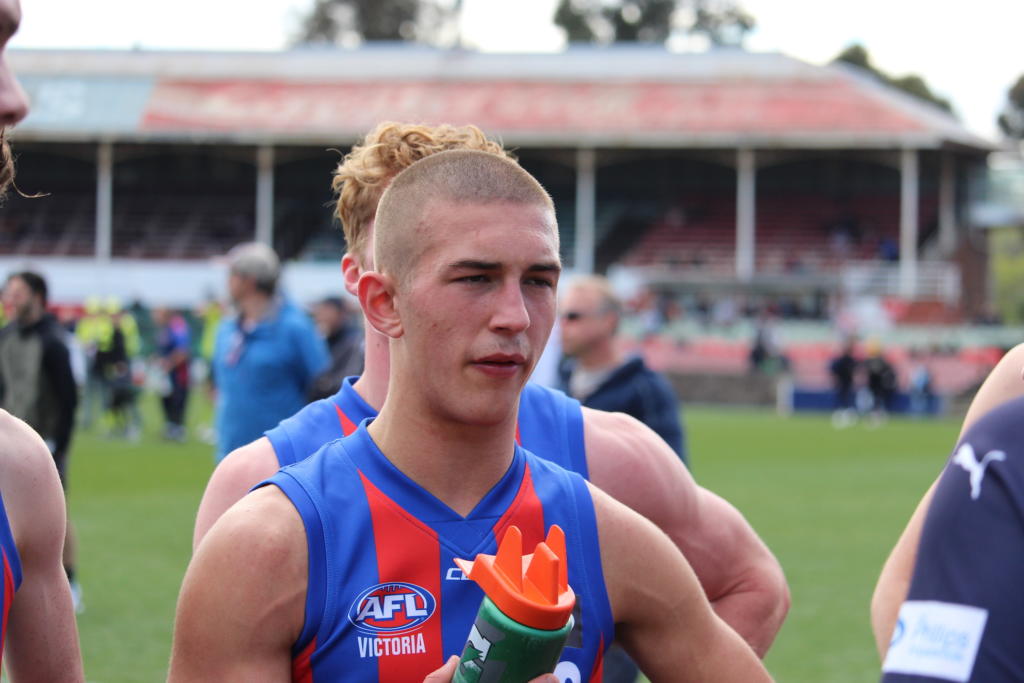 AS the postponement of all seasons commenced over the last few weeks, we head back to the pre-season a few weeks earlier where we sat down with a number of athletes across the country. In a special Question and Answer (Q&A) feature, Draft Central‘s Peter Williams chatted with Oakleigh Chargers’ Will Phillips at the NAB League Fitness Testing Day hosted by Rookie Me.

PW: Will, you’re obviously not testing today, you’ve got a bit of a niggle?

WP: “Yeah I’ve had a bit of a knee injury over the last four weeks but I think they’re on the end of it now. “I’m having a cortisone in a couple of days and will hopefully get back on the park after that.”

Last year Oakleigh won the flag, it must have been a real buzz in your bottom-age year?

Coming through the Under 16 National Championships and doing so well there, then playing a big role in your bottom-age year, what has that been like for your development?

“Yeah it’s been pretty satisfying. I’m very lucky to have gone through the 16s with such a strong group and not losing a game with Oakleigh. “To come through it and play a few games in that same year for the Chargers to help me settle into the next couple of years, it’s been really good to experience what it’s like to play at that level. “Hopefully this year I can play more like those senior guys in the previous years and I know what it’s like and I’m really looking forward to the challenge.”

You’ve got school footy at Caulfield Grammar this year. How’s the balance for you been?

“Yeah I’m big on just being in the moment and when I’m at school training or playing for school, that’s all I’m focused on. “Also when I go back to Oakleigh, focusing on that. But I’m extremely passionate about my school and this year will be … I’m really excited for school footy this year because I’m really passionate about the school and looking forward to making my most of my last year with Caulfield and hopefully can go all the way with the Chargers again, back-to-back.”

What do you see as improvements in your game you need to make?

“Personally, I’d like to have as much impact in games as possible. “I mean I think getting to more contests for me is a big one in terms of my running capacity. “But I know if I work hard enough, I’ll be able to get there and I back myself in 99 per cent of the time. I think there’s just showing my strengths and what I can bring to the game. “It should hopefully take care of itself.”

What was it like playing for Vic Metro last year?

“It was obviously a big privilege to play bottom-age for Metro. “Didn’t get the win in the game in the end and the team wasn’t necessarily successful, but as I said before it was a great experience just playing with bigger bodies and at that pace. “You’ve got to be right on your game to be up to that pace of the game. “Hopefully I can take what I got out of last year into this year and hopefully we can get some more wins this year than last year. “Very grateful.”