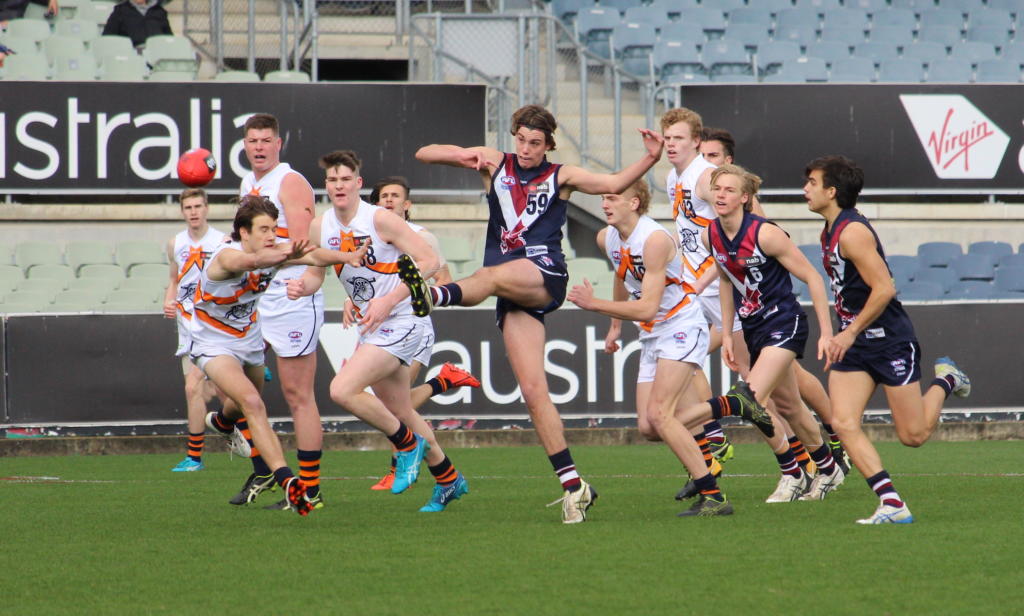 AS the postponement of all seasons commenced over the last few weeks, we head back to the pre-season a few weeks earlier where we sat down with a number of athletes across the country. In a special Question and Answer (Q&A) feature, Draft Central‘s Michael Alvaro chatted with Sandringham Dragons’ Ollie Lord at the NAB League Fitness Testing Day hosted by Rookie Me.

MA: How’s the day been for you so far?

How’s the preseason been as well?

“Yeah pretty good. “It started back in October/November so it’s been quite a while so looking forward to playing the games. It’s been pretty hard on the body but I’ve loved it, but yeah pretty keen for the season.”

Given you’ve had a pretty good bottom-age year, are you looking forward to proving yourself in your top-age year as well?

“Yeah for sure. “I thought the bottom-age year is a good eye-opener for the top-age year and really keen just to get stuck into it and just play games of football to be honest.”

“Yeah really looking forward to it. “Arch Perkins and Jake Bowey, I love playing with them and alongside them and it should be a really good season hopefully.”

You’re in the Academy hub as well, what’s that been like around the traps at Metro?

“Yeah it’s been pretty good. “The two camps we’ve had have been good to know a few boys from other districts and other zones. “So I’ve been really loving it and meeting some good coaches and stuff like that.”

What have you been learning in those camps to help develop your game?

“Probably just like the small fundamentals. “As a forward myself I’ve just been focusing on a bit more contested marking, body positioning myself. “Those little craft things have been really important through the Academy.”

You thrived towards the back of the season and locked down that key forward role, is that something you’re looking to do again this year?

“Yeah for sure. “I’d love to lock down that key position role up forward and hopefully do something good for the team and bring success.”

You’re mixing your time between school football and Sandy?

“Yeah I’m a Geelong Grammar boy so I play pretty heavily in the APS league, so I’ll be there for the bulk of the season. “But when I can get down to the Dragons I love it. “So it should be good.”

Are you from Geelong way as well?

“Nah I live in Melbourne but I’ve just been at school there since Year 7. “So been there a while.”