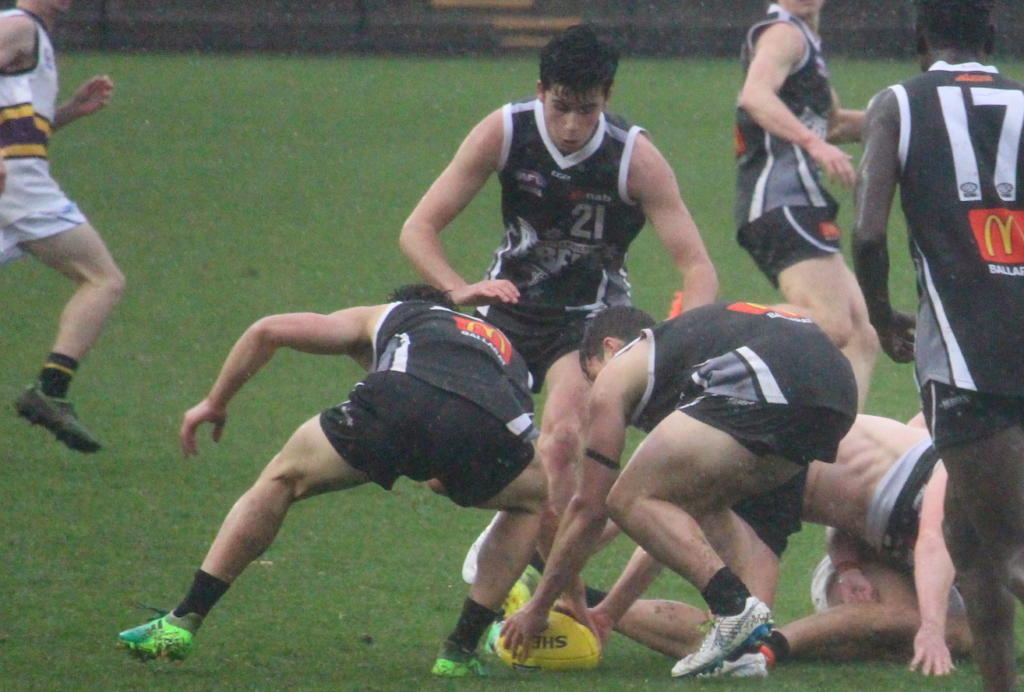 ALREADY representing Vic Country in the Under-17 Futures game and showing promising signs as a bottom-ager for the Greater Western Victoria (GWV) Rebels in 2019, Nick Stevens has no intention of slowing down in his top-age year. The 17-year-old debuted on his birthday last year for the western Victoria side, picking up 10 touches and not looking out of place. A torn hip flexor would see the bottom-ager miss five games across the next couple of months.

Returning to the side in June, Stevens looked like he had not missed a beat, picking up 15 disposals, four tackles, three inside 50s and two rebounds being the prime mover in what was albeit a disappointing day for the Rebels, losing by 111 points to top of the table Eastern Ranges. Having missed so much football, Stevens was keen to improve his endurance, but his result at the NAB League Fitness Testing Day hosted by Rookie Me was not to his liking.

“Nah not happy to be honest, but it’s done now so not much I can do about it,” Stevens said. “Just try to keep moving forward I guess. “Yeah it definitely was (an area of improvement), definitely from last year. “I always want to keep get better at that endurance type running so that was part of it.”

He finished the 2019 season strongly, representing Vic Country in the Under-17 Futures game having played in the Under 16 National Championships the year before. Primarily used as an outside player for his ability to move the ball in transition and his size (191cm and 82kg), Stevens has found a home at half-back where he will likely remain when the NAB League Boys action returns. When asked if he was likely to push for an inside role, Stevens said given his strengths and improvements, he was likely to hone in and get matches under his belt in that offensive half-back role.

“Nah not this year I don’t reckon (midfield role),” he said. “I think I’ll stay half-back and keep playing that role and just keep getting better at that half-back, back role.”

Over the preseason, Stevens trained with Geelong’s AFL side as part of the Vic Country Academy hub program. Following the pathway at the elite junior level, the tall utility said it was an offseason to remember.

“Yeah that was a pretty surreal experience with the Cats,” Stevens said. “So thankful for that opportunity and they treated me well down there so it was good fun.”

The Rebels finished 10th last year with six wins from 16 games, but were able to blood a number of bottom-agers and under 16s who form the nucleus of the side going forward. Stevens said he was looking forward to playing alongside a number of these players in 2020.

“I think a few Warrnambool boys, Fraser Marris, the third year players as well they’re always good coming back,” he said. “Also the bottom-agers Charlie Molan, Ben Hobbs. “Good quality football there, so it should be good fun. “We had our first praccy match on the weekend (back in March) and it was really exciting, so just looking for more.”

As for his personal goals in 2020, Stevens were pretty straightforward – just get better.

“I just want to keep improving, keep getting better every time we go out on the track,” he said. “Aim to get better than the player I was before, so that’s probably the short-term goal.”