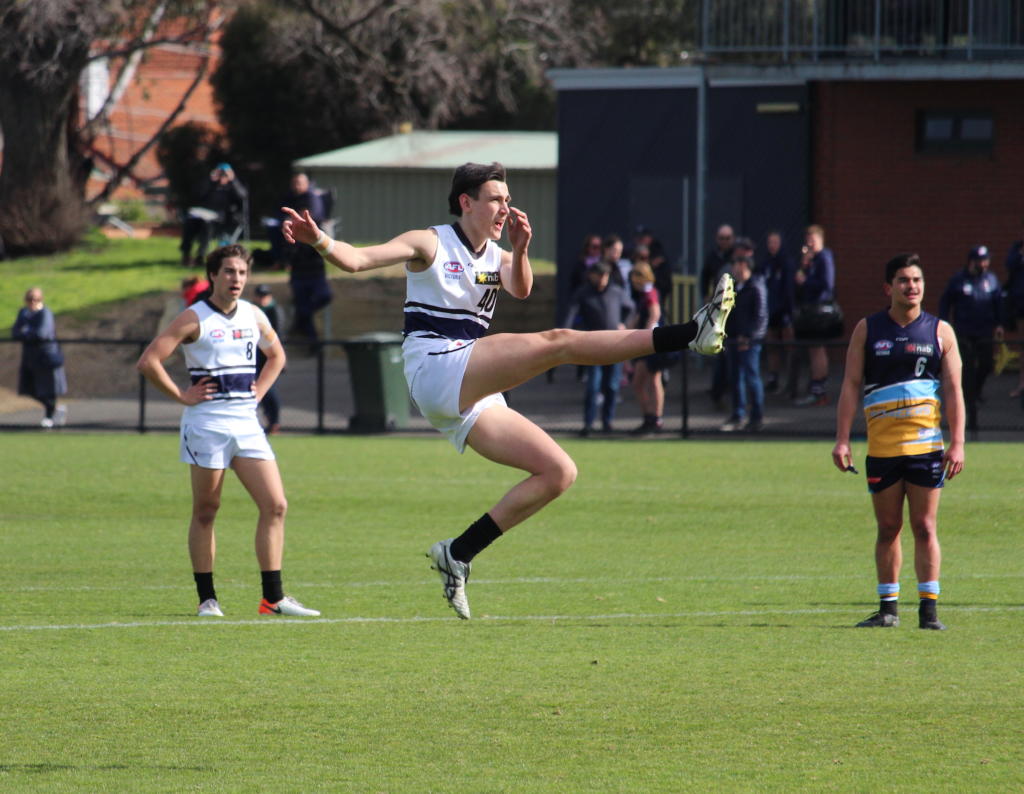 HIGH-LEAPING Northern Knights forward, Liam McMahon was ready for anything to be thrown at him in 2020, as he looked to have a huge preseason behind him. While no one could have predicted the global pandemic COVID-19 that ensued and suspended the NAB League Boys season for at least two months, McMahon felt more confident in his role after learning plenty of additional techniques with the Knights and Vic Metro hub.

Speaking with Draft Central at the NAB League Boys Fitness Testing Day hosted by Rookie Me last month, McMahon said he enjoyed being able to test himself against the league’s best players. It was also no surprise to see which test he favoured.

“Yeah it’s been really good,” he said. “I think just for all the players to show off their athletic attributes and it’s going alright. “I think so far I’ve performed really well in my vertical leap. “It was a real big thing for me to show my vertical ability and it’s something that overlaps into my game as well.”

While he has always had the ability to leap and clunk the ball inside 50, McMahon is now more adaptable within that role, learning various tricks about how to be more damaging and also learning about his timing and selection.

“As a bottom-ager, it was a bit difficult to understand the ropes of how to play the forward line, but now that I’ve had this whole preseason down at Metro and preseason at Knights has helped me understand the running patterns, and when to go for the footy and when to not,” McMahon said. “I played forward predominantly all last year, so I understand it, but grasping that real key forward position and really making it my own.”

Being included in that Vic Metro hub – along with teammate Nik Cox – has really helped McMahon learn ways that other forwards go about their business and what they do to increase their impact and effectiveness on the lead and when creating space.

“Yeah the Metro hub has been (going) really well, I think learning all the different game styles from everybody in the group from all different regions,” he said. “I think just bonding and learning everyone’s different attributes and just showing my own as well in that type of environment has been real good.”

McMahon said training with two different sets of teammates allowed him to feed off a number of different players. Being a marking player, the tall forward was sharing advice with a number of other talls both at the Knights and Metro – including some from Western Jets and Calder Cannons.

While the season might be put on hold, McMahon did have goals set for 2020, which if it can get up and going as hoped, then he will try and fulfil them with a big year.