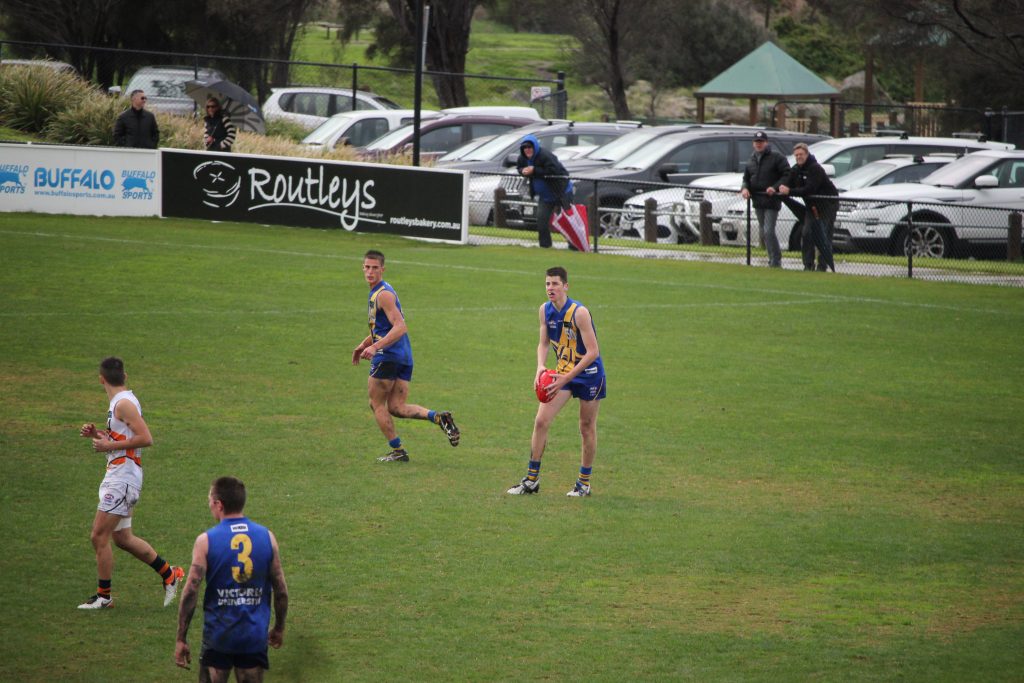 IF you are missing footy like we are, then let us somewhat salvage that with a look back in a new series of Classic Contests. In today’s contest we look at one of the would-have-been Round 1 clashes in the NAB League this year between Calder Cannons and Western Jets. In this edition, we wind back the clock to 2016, when the teams met in Round 8 and despite the Jets getting off to a dominant start, had to hold on against an impressive Cannons outfit in the last term.

With the APS and AGV school competitions underway, two sides that were missing a couple of their top talents went head-to-head in Williamstown at the end of May, 2016. It was Round 8 and both sides had struggled thus far, registering two wins from seven games to sit ninth (Calder) and 11th (Western) respectively. In fact, even Queensland – a side that had played just the two games total – was above the teams in eighth. The sides were coming in off a week’s rest, and unfortunately for Calder, it had a lot to think about after running into the red-hot Geelong Falcons at Kardinia Park and suffering an 86-point loss under lights, while Western had got up in a tight won for their second win of the year against Bendigo Pioneers.

As usual fans were treated to blustery conditions in Williamstown, as the home team got off to a strong start, kicking 3.3 to 1.1 in the opening term. They soon extended that lead to 19 by the main break as future North Melbourne tall, Tristan Xerri was proving to be a problem for the Cannons. Western was able to maintain a strong lead even through the third term, booting another two goals to Calder’s one, to hold a 22-point advantage and restrict the Cannons to 3.8 by the final break. Given the circumstances, an almost-four goal break seemed more than enough. However in the muddy and swirly conditions, Calder found a way to break back, booting four consecutive goals to scare the life out of the home side and hit the front, but Western stepped up for a match-winning goal to win by two points. It was made all the more tense that in the final five minutes, the ball was trapped inside the Cannons’ forward 50.

Xerri was playing in just his second game, but caught plenty of attention for his four goals from 13 disposals, seven marks (four contested), three tackles and 11 hitouts in the win. Connor Griffiths was named best-on for the Jets with 23 disposals, two marks and eight tackles, while Brodie Romensky had a match-high 12 tackles in the mud to accompany 24 disposals and six marks (one contested). Daniel Foley was the other Jet who was praised for his performance with 23 disposals, three marks and two tackles, often on the receiving end and trying to create metres gained. The other Jet to land on an AFL list was another Roo in Oscar Junker, who had 13 disposals, four marks (one contested) and four tackles.

For the Cannons, future Cat Zach Guthrie was brave in the defensive 50, recording 21 disposals, six marks (one contested), and nine tackles, while captain Brad Bernacki had 12 disposals, four marks (one contested) and nine tackles rated highly by the coaches. Muhammed Saad (20 disposals, two marks and six tackles) was impressive, as was Ben Caluzzi (23 disposals, five marks, two tackles and a goal). Tyson Lever – brother of drafted Jake – had 12 disposals, five marks and 10 tackles working hard in the back 50. Whilst only the three players that day were eventually drafted, there was plenty of future state leaguers running around in the tough conditions.

Calder Cannons would end up making the finals, finishing seventh overall by winning six of the last 10, while Western Jets would two of the next 10 and finished 11th on the table. The Cannons unfortunately ran into a full strength Oakleigh Chargers outfit in the elimination final and suffered a 106-point defeat.