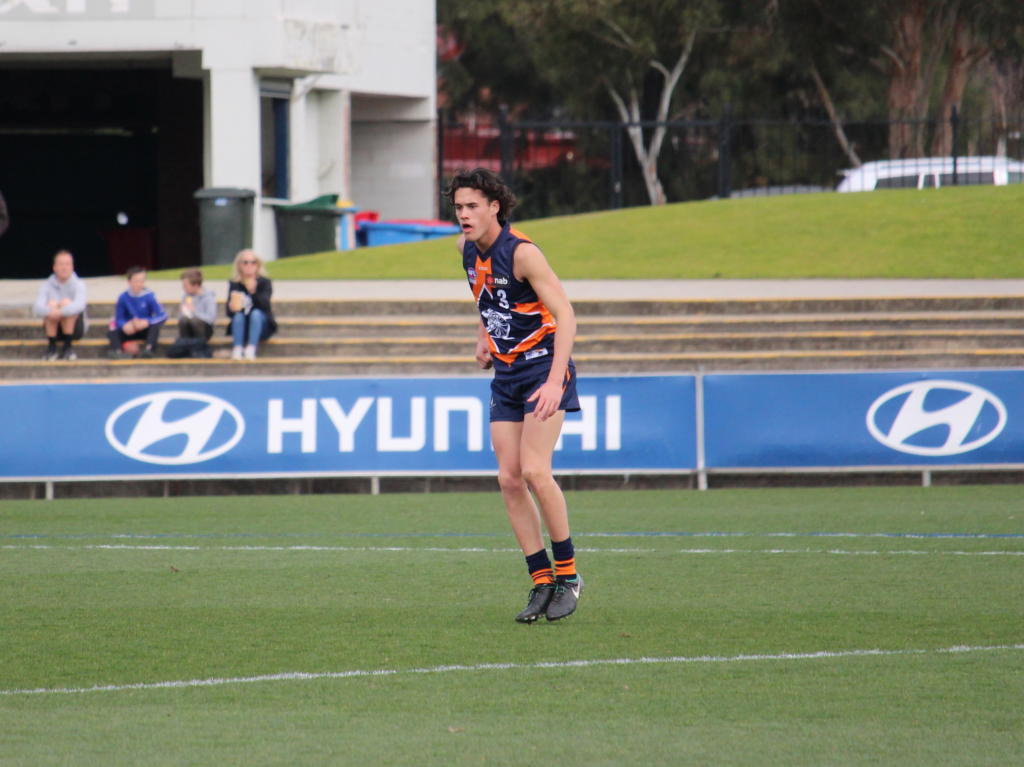 AS the postponement of all seasons commenced over the last week, we head back to the pre-season a few weeks earlier where we chatted to a number of athletes across the country. In a special Question and Answer (Q&A) feature, Draft Central‘s Michael Alvaro chatted with Calder Cannons’ Jackson Cardillo at the NAB League Fitness Testing Day hosted by Rookie Me.

MA: How’s the day been for you so far?

JC: “Yeah it’s been alright, it’s good fun just getting here and showing everyone what you can do I guess. “It’s been good so far.”

How have you fared?

“Not too bad, I pride myself on my sprinting so that’s the one I target, I think I did alright. “The rest of them, I think i did alright (too).”

Being an explosive runner out of the stoppages, do these tests showcase your strengths?

“Yeah I think so. “Especially the sprints, but it’s just testing. “You’ve got to show it in the game though, but so far, so good.”

What are you expecting in top-age year?

“Probably just to build on last year I guess. “(It was a) stepping block last year, playing all year, so I think continue from that and see how we go.”

You’re a a member of the Metro hub, last year you played forward for the Cannons, are expecting to play that role or break into the midfield?

“Yeah I think over the preseason I’ve been trying to get into the midfield and work on that fitness and I think I’ve already got that forward craft and just building on that. “(I want) to become that midfield/forward.”

Who are you feeding off or who do you look forward to playing alongside with Metro?

“Eddie Ford from Western Jets, he’s always good to play with. “Really exciting to watch. “Then you hate playing against him because he’s so good. “Obviously Cody Brand, he’s one of my good mates, teammates and playing alongside him, pretty at a high level, and looking forward to it.”

What are your goals to tick off by the end of the year?

“I think just put my best foot forward and seeing how we go. “That’s the best you can do I guess, just have a crack and see how you go.”