Gadsby eyes off role change in 2020 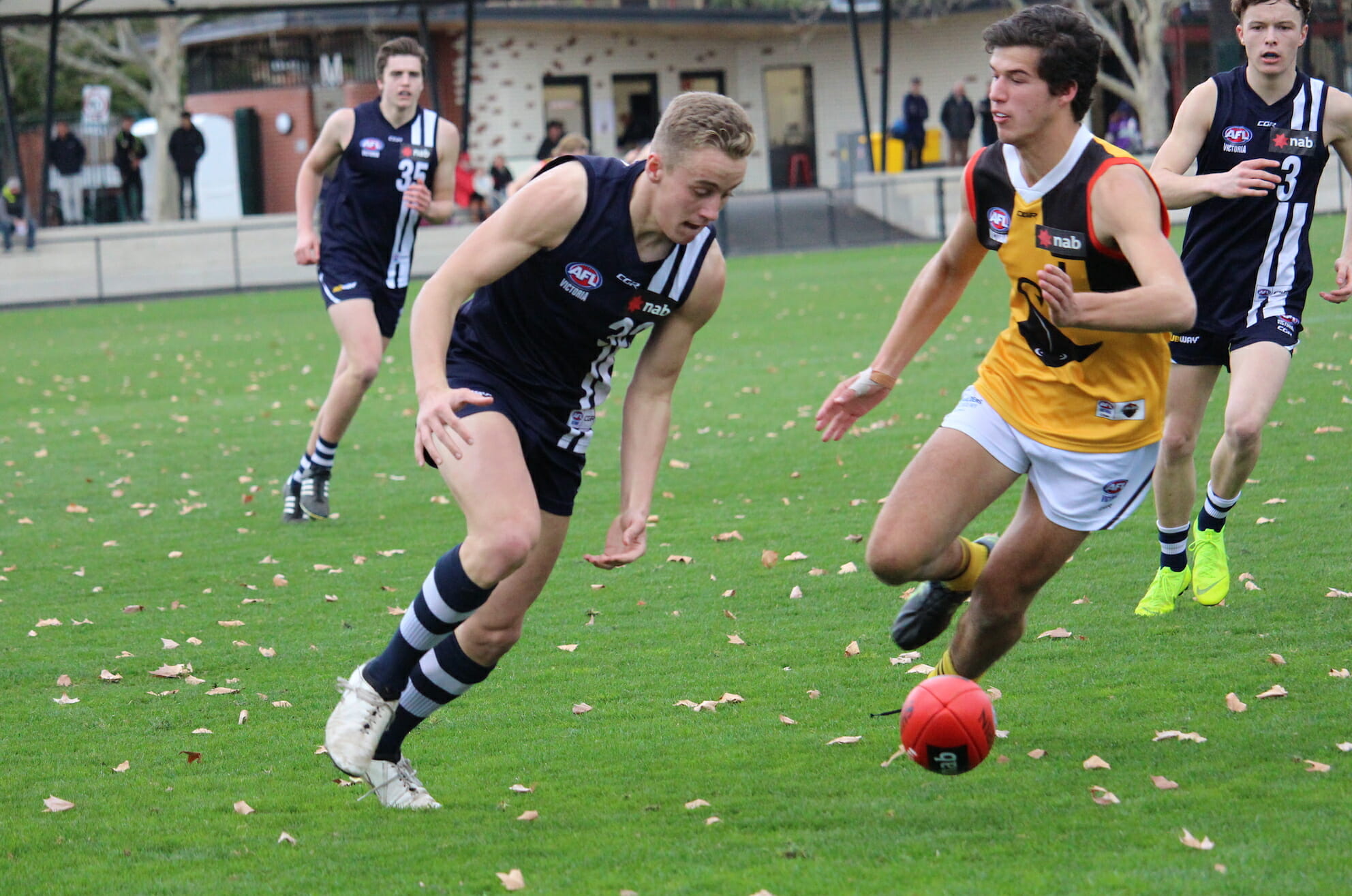 EXCITED about what 2020 held in store for his team the Geelong Falcons, Noah Gadsby was ready for a big season a few weeks ago. Fast forward and the COVID-19 pandemic might have put a massive dent in the hopes of every AFL Draft hopeful – and the season itself – but rest assured that many of them would be doing everything in their power to improve their game during the break. Gadsby, one of a eight Falcons players selected in the AFL Academy Vic Country hub, said he was looking forward to playing a new role this season.

“I’m playing a bit of a different role this year,” Gadsby said. “I’m playing up forward and I’ve never really played there much. “Pretty excited to see what I can do.”

While Gadsby admitted he had some areas of improvement to come with the role change, the 185cm prospect who played through the midfield last season in five games, was excited to give it a go. He did not kick a goal in his bottom-age year, and that is something he hoped to change in 2020.

“(I’m) just trying to do my goalkicking, just get that right because I’ve never really played forward,” Gadsby said. “Just working on my finishing game.”

Last year Gadsby was a member of the Falcons side that finished bottom of the ladder and had just the one player – Cooper Stephens – drafted. Despite the on-field and off-field results, Gadsby said 2020 would be a very different looking Falcons outfit, considering a lot of the players who gained vital time last year would be a season better for it.

“Yeah it was a tough year, but I think this year we’re going to bounce back and I think we’ve got a lot of talent this year so I’m pretty excited to see what the boys can do,” he said. “Tanner Bruhn‘s not back yet, but I’m looking forward to playing with him. “Gennaro Bove our captain and Cam Fleeton, I love the way they go about it, and a couple of the other Country boys like Charlie Lazzaro and Henry Walsh. “Can’t wait to see what they do this year.”

Speaking at the NAB League Fitness Testing Day in March hosted by Rookie Me, Gadsby said he had enjoyed the day, saying it was “always a bit of fun”. Rookie Me tests the Falcons multiple times over the off-season which the talented top-ager said was a bonus when the team attended the league-wide testing day.

“Yeah (it’s) about the third time this preseason (Rookie Me has tested us), good (that it’s) last time for the year,” Gadsby said, before he added “maybe at the combine, see how the year goes.”

Gadsby said he hoped to continue to improve his agility throughout the season as that was one athletic test he was “not too good at”, but his preferred tests were the yo-yo and 20m sprint. He also added being a member of the Vic Country hub helped him develop further and was keen to build on the strengths in his game.

“I like to run with the ball, so the 20 helps translate, so that’s probably my favourite test,” Gadsby said. “It’s been really good (Country hub). “Last year was a really, really good year to learn. “Can’t wait to attack it this year, had a really good summer with Country so I’m excited.”

While the season start might be a while off with much uncertainty around it, Gadsby has been lucky enough to already be identified as one to watch having played in the Under-17 Trial game last year for Vic Country before being included in the hub. Whatever the future holds, expect his name to be one of many who will be doing all they can to impress AFL club recruiters throughout the postponement of the season.