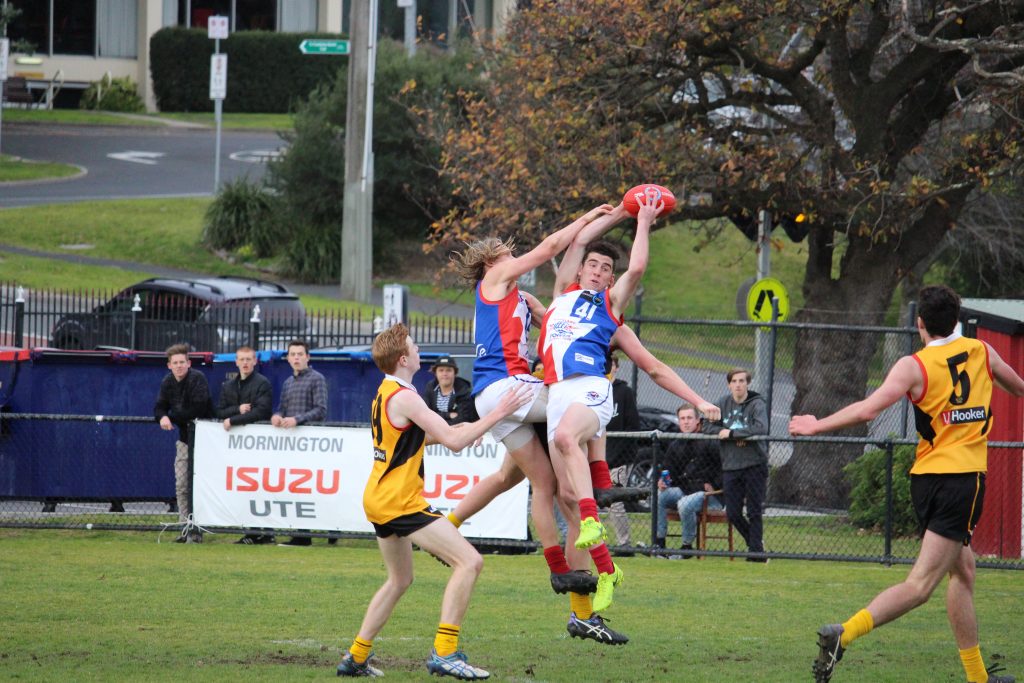 IF you are missing footy like we are, then let us somewhat salvage that with a look back in a new series of Classic Contests. In today’s contest, we travel back in time to a thrilling clash at Frankston where three future AFL talents made their debuts in Gippsland Power’s two-point win over Dandenong Stingrays – a clash that would have happened last weekend had the COVID-19 pandemic not suspended the NAB League Boys competition.

A see-sawing contest between two country sides at Frankston saw an absolute thriller play out with with the fifth placed Stingrays hosting the eighth placed Power. Gippsland trailed the seventh placed Eastern Ranges by eight points and were just percentage ahead of the closing Calder Cannons inside the top eight. For Dandenong, a top four spot was on offer with just percentage separating third placed Sandringham Dragons, fourth placed Murray Bushrangers and the Stingrays.

An inaccurate Power side got the jump on the Stingrays with 2.7 to 2.1 in the opening term, before Dandenong powered to the lead with six goals to three in the second term to take a 13-point buffer into the main break. Returning serve with the wind the Power again took control, this time somewhat more accurately with 6.1 to 2.2 and hold a 10-point advantage at the last change. In what became a thrilling final term full of nail-biting moments, it was the visiting side that scraped home by just two points.

Whilst they might have lost, Gippsland fans might remember the game fondly as three debutants – wearing the numbers 41, 42 and 43 all debuted. Their names? Sam Flanders, Caleb Serong and Brock Smith. Fresh off the Under 16 Championships, Flanders and Serong booted three goals apiece and shared in 21 disposals, 10 tackles and six marks, while Smith had the eight touches and laid three tackles.

Dandenong’s best was top draft hopeful, Hunter Clark who tore the game to shreds with 34 disposals (50 per cent contested), eight tackles, seven clearances, 10 inside 50s, four rebounds and two goals. Tom De Koning had 42 hitouts to go with 13 disposals, four marks, seven tackles and a goal, while Bailey Williams also dominated through the ruck with 29 hitouts to go with nine touches and three inside 50s. Future captain, Campbell Hustwaite found the ball 19 times and kicked three snags, while Mason de Wit (21 touches, five marks, four inside 50s and three rebounds) and Jai Nanscawen (20 disposals, two goals) were also busy. Other Stingrays in the match who would go on to be drafted in the future included Tom Murphy (18 disposals, two mark, four clearances and a goal) and Will Hamill (11 disposals, three marks and five tackles).

Gippsland Power would end up making the finals by winning the last four games of the season and finishing seventh, but bowed out to eventual premiers, Geelong Falcons in the elimination finals, while Dandenong would progress to the preliminary finals following a remarkable come-from-behind victory over Eastern Ranges at Victoria Park, before suffering the same fate as the Power and losing to the Falcons.