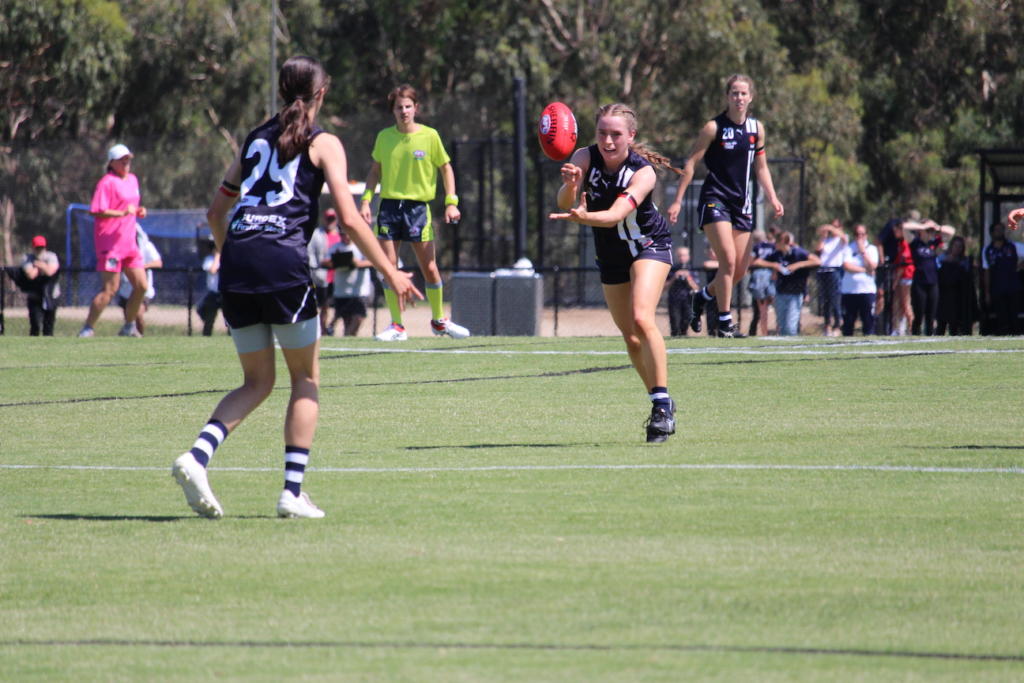 WHILE the NAB League Girls competition is on break, we take a quick recap of each team, how the first three rounds have panned out for them and who has already stood up in the short time. In this edition we look at one of the sides to have only played the two games to-date, splitting their results with a win and a loss, Geelong Falcons.

Much like Eastern Ranges in our most recent team review, Geelong Falcons have only played the two games for one win and one loss. There are plenty of positives to take out of the 2020 season so far and a number of impressive players for the 2018 premiers who had a middle and bottom-age heavy list.

Far and away the dominant ball winner in the NAB League Girls competition, Gardiner racked up more than 30 disposals twice and averaged 34.5 per game from her two matches. She was strong on the inside with a league-leading 11.5 tackles per game as well, along with five inside 50s and three rebounds in really impressive start to the season. It would have been great to see how far she could have gone this season with a full few months of action.

Forming a damaging duo with Gardiner in the midfield, Moloney had her own impressive numbers to start the year, working hard on the outside for an average of 26.5 disposals per game. She also laid almost four tackles and managed to win the ball in all thirds of the ground. Predominantly she used her clean hands to open up space with teammates, or take the game on and force an opposition player to approach her in order to release a teammate going forward.

The tenacious small just never gives in and puts out a four quarter performance. Whether or not it’s in-and-under through midfield or locking the ball inside forward 50, her teammates can rely on Schaap to give it her all throughout the match. She averaged 18 touches in her own right and provides that experience to a young list alongside her Vic Country capped teammates. Loves the contest and just a huge work rate.

Speaking of younger prospects, Lee still has another year to perform in the competition and was already showing promising signs of improvement after three games last season. She had a ripping game in the Round 2 loss to Northern Knights, and has averaged 4.5 rebounds from 12.5 disposals – predominantly kicks – playing a key role in Geelong’s defence this season.

It is a frustrating time for most, but certainly for the top-ager who came into the program with an elite basketball background. Remmos did not look out of place in a midfield with a lot more experience around her, and she finished the two games averaging 15 touches and five tackles a game. Remmos even got to celebrate a goal prior to the season being cancelled, and no doubt her talent across both sports will see her continue to improve regardless of where she ends up playing.

The Falcons always have good depth and 2020 is no exception with a lot of young stars coming through the group. Hardingham held up well in the ruck, averaging 13 touches, 10 hitouts and five tackles, while Van Dyke is a highly rated prospect who excelled in the V/Line Cup and remarkably only turned 15 on the third-last day of 2019. Throw in Dowling who is a strong mark leading out of the forward 50 and can rotate through midfield, and Van Loon who along with Dowling combined for 14.5 tackles, while running hard between the arcs.