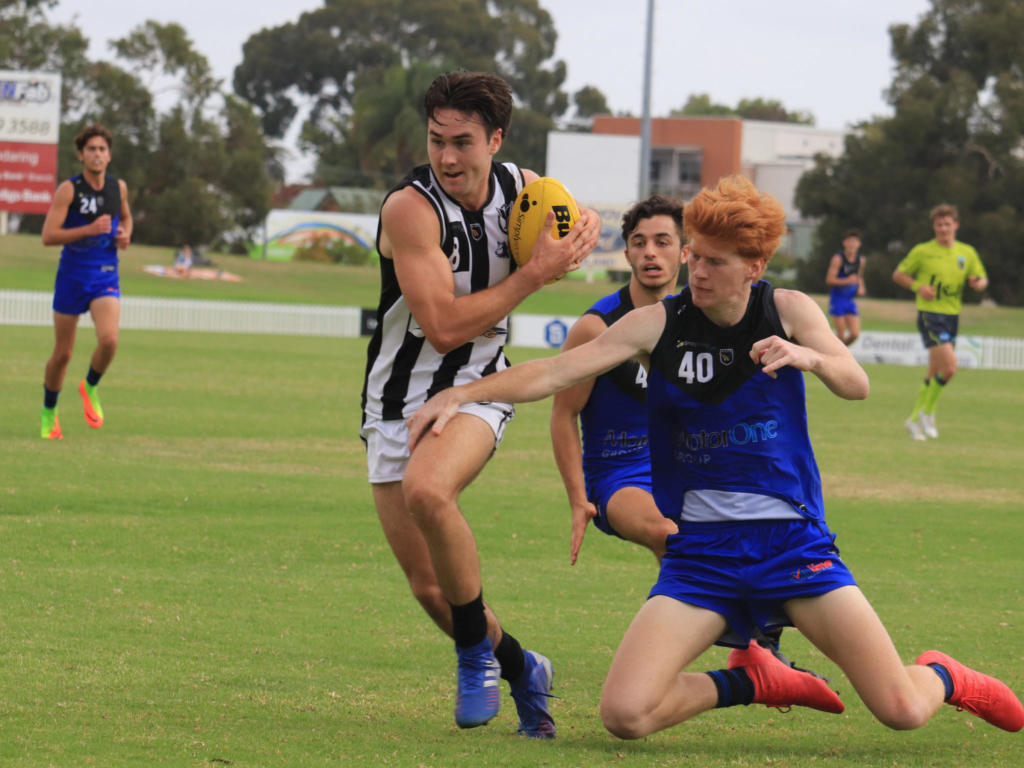 ZANE Trew is one of most exciting talents in this years draft crop for Western Australia. The extremely talented Swan Districts midfielder has had his share of obstacles to overcome in the past 12 months and the current COVID-19 health crisis sweeping the globe is just another thing to deal with. With the WAFL season currently postponed, Zane talks us through his journey to this point and plans for the next few months.

It’s been an up and down last two years for myself. Early last season after playing only a handful of games I hurt my shoulder in an exhibition game in Melbourne. I was given the option to either keep playing with the injury and probably not be able to play to the best of my ability, or have an operation.

After a lot of discussion with the biggest influencers in my football environment and immediate family, I was certain that going through with the op was the best possible decision for the long term goal of my football career.

I did miss a lot of footy (including the National championships and Colts final series) and a lot of opportunities I believe I could have taken and made an impact in. But that’s irrelevant now and I see this as a learning curve in my journey and something that’ll only make me better in the future. I know now If something like that happens again I know exactly what to expect and how to handle myself as professionally as possible. It was a solid rehab period and it took me into the start of my first senior preseason feeling fresh, extremely pumped and itching to play footy again.

The pre-season was solid and its a credit to the club for running such an elite program down at Swans and getting us boys in such good shape for the 2020 season ahead I think it’ll put us in a great spot. It was also really great to learn off some top-notch players that I have looked up to for so long at the club which have helped with my development dramatically. With the pre-season nearing its end, I was really feeling confident and so pumped to kick things off again, but along comes another curve ball.Obviously the situation with COVID-19 has left myself along with everyone else without doing what we all love, which is playing footy.

Personally I was really flat knowing that footy wouldn’t be starting right away, but I guess you have to put things into perspective. I see this as an opportunity to get in a bit more gym and running and mentally to physically freshen up after such a big preseason which I wouldn’t have been able to do if I was playing. For me its all about getting that balance right and just sticking to what I know and not taking this time just to completely switch off from footy.

It is a very big year for me and I’m going to make sure when that first game comes, I’m more than ready to go.