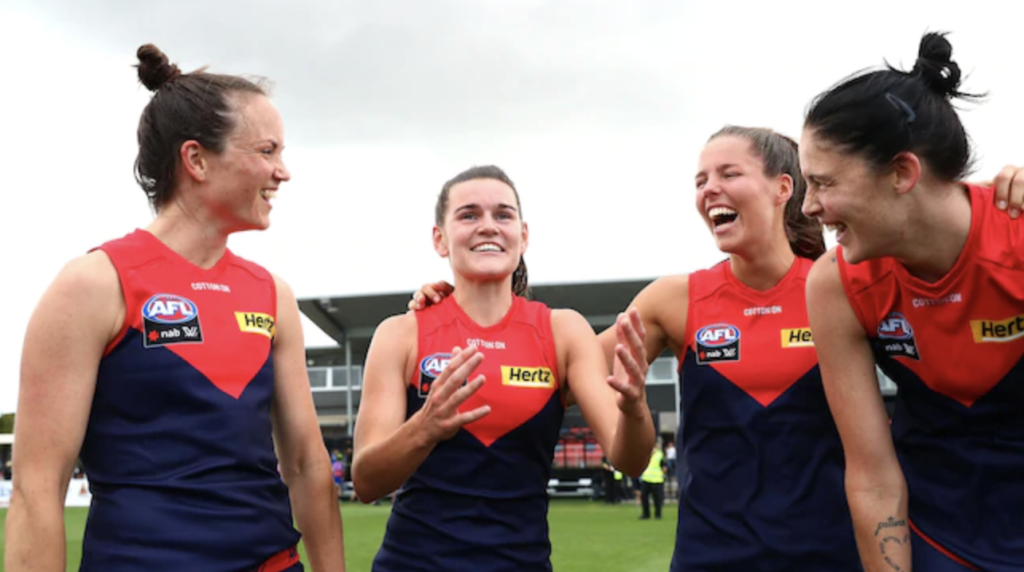 IT was a story of two tales with the matches between Melbourne and GIANTS along with North Melbourne and Collingwood, being decided by three points or less, while the clashes between Carlton and Brisbane, and Fremantle and Gold Coast were blowouts. The first game of the finals series saw North and Collingwood score a combined 10 goals, while the Dees and Giants managed seven between them. The final game of the round saw the Blues and Lions notch up eight goals collectively. The outlier however seemed to be the Dockers verse Suns. With majority of matches only recording a collective maximum of 10 goals, Fremantle single handily took account for that, proving to be unstoppable in front of the big sticks with a whopping 12 goals while the Suns only registered one major for the match.

The Blues showcased their strong ball movement and ability to hit the scoreboard on Sunday winning the game with ease. They controlled the flow of the game winning the disposal count 236 compared to 181. Carlton simply did not allow Brisbane any easy access to the footy leading the way in both kicks 148 and handballs 88. They won just about every major key performance indicator registering five more marks 42-37 and won the inside 50 battle 39 to 20 which in turned reflected their accuracy sitting at 36 per cent compared to 25. Georgia Gee proved to be a hot option in front of goals with three goals while dynamic forward duo Tayla Harris and Darcy Vescio managed to get on the scoreboard with one goal each. Despite winning, the Blues will be hoping to improve on their accuracy kicking eight behinds compared to six goals, meaning they could have had a big day out if they were on target.

The Dockers proved that scoring was no issue on Saturday consistently peppering the goals and trapping the ball inside 50 racking up 39 inside 50s compared to the Suns’ 26. Fremantle had 20 shots on goal with 12 of them being majors highlighting just how efficient they were inside the forward arc going at 51 per cent. Leading goal kicker Sabreena Duffy made no mistake in front of the big sticks converting three goals from her 11 touches while the likes of Kate Flood, Gemma Houghton and Gabby O’Sullivan shared the load inside 50 with two goals apiece. The Dockers ability to find a target in front of goal and move the ball quickly was a key component of their game play able to move the ball with ease. It was a complete performance by the Dockers who made it look easy throughout their clash however when it came to ruckwork they will want to gain more dominance losing the contest 18-29.

It was a hard-fought slog for Melbourne who did just enough to get over the line despite losing pretty much all of the key performance indicators. The main thing that set Melbourne apart was their conversion rate sitting at 44 per cent compared to GWS’ 27 per cent. The Dees also just won the tackle count 60 to 59 highlighting their ability to hunt both the ball and player while most importantly they made the most of their opportunities in front of goal notching up four goals compared to three. When it came to goal scorers Lily Mithen was the standout player shooting truly with two majors to her name while both Daisy Pearce and Karen Paxman were the major ball winners. Although the Demons got the win, they struggled for accuracy inside 50 unable to capitalise on their chances and failed to generate momentum coming out of the back half with 17 rebound 50s.

Much like Melbourne, North prevailed in a tight game running out two-point victors. The Kangaroos were hot inside 50 with nine scoring shots compared to seven and 28 inside 50s to 20. The Roos while they were not overly efficient managed to trap the ball inside the forward arc and create scoring opportunities. In terms of defensive pressure, North Melbourne showcased their physicality racking up 11 more tackles with 58 to 47. Ash Riddell led the way on the field racking up the touches while Emma Kearney also plied her trade winning the footy at the coalface and laying strong tackles. The Roos could not get the ball in their hands losing the possession battle and struggled to take a mark something they will be hoping to address next season.