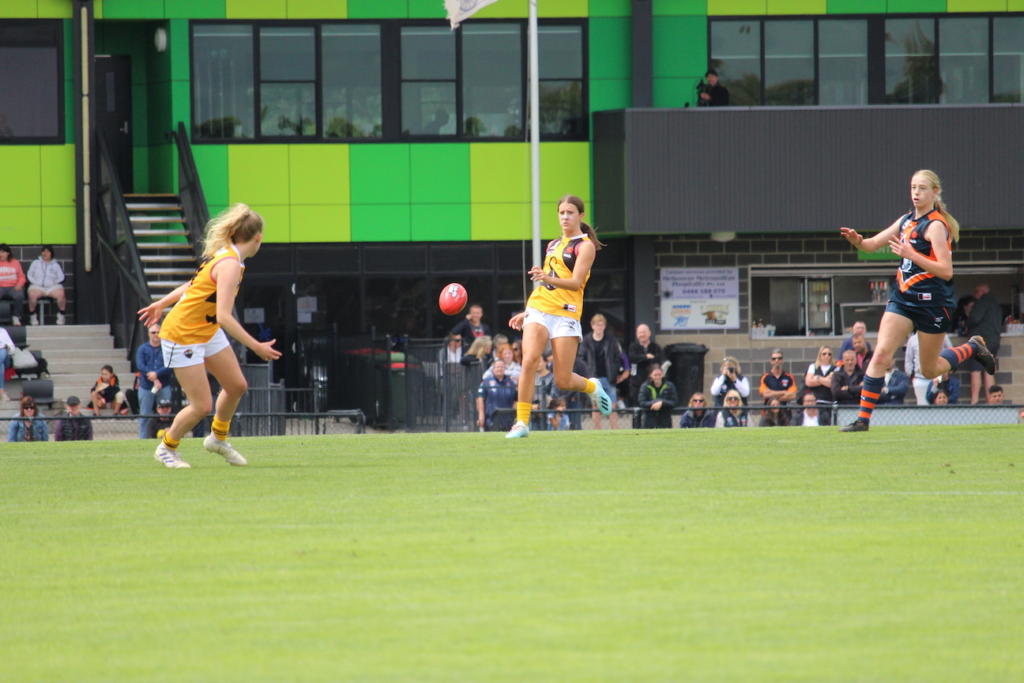 WHILE the NAB League Girls competition is on break, we take a quick recap of each team, how the first three rounds have panned out for them and who has already stood up in the short time. In this edition we look at one of this year’s impressive sides, Dandenong Stingrays.

Dandenong Stingrays have been one of the most exciting teams to watch in NAB League Girls over the first three rounds with their quick ball movement and willingness to take the opposition on. They had a momentous win over Eastern Ranges in the opening round to show what they were capable of, then toppled last year’s grand finalists, Calder Cannons. They started strongly against reigning premiers, Northern Knights but were overrun in the second half, though it showed that they have plenty of talent for the future.

The statistics really speak for themselves, with Smith being the second biggest ball winner on average to start the season with more than 25 touches per game, and a ridiculous 5.3 inside 50s. Whilst her ball use going forward is one of the best in the competition, the thing that sets her apart from other top-line midfielders is her defensive work, where she leads by example and has laid six tackles per game, running down opponents with her burst speed. It is no surprise she is at the equal top of our DC Medal count with the start she has had to the season.

A real danger inside 50, Matin had already booted four goals in the opening two rounds, kicking a major in each of her games and always looking dangerous. She provided good forward pressure and would also press up the ground to win the footy as well. While she had a number of chances she was unlucky to miss – particularly in the opening round – she showed the impact she can have inside 50.

What an exciting talent the speedster is, and she showed off what she has to offer when roaming down the wings in the first three games of the season. Hard to believe she is still in her bottom-age year, and she could play half-back or wing and once she gets space to run in, it will be hard to catch her. Clarke does not need a lot of touches to hurt opposition sides, but when she starts racking them up, she is hard to stop.

Having played a bit of everywhere, Shepherd had a real standout game in Round 2 during the win against Calder Cannons, picking up 18 touches, four marks, two inside 50s and two rebounds, where she was second best behind Smith for the Stingrays. Like Clarke, Shepherd is still a bottom-ager which is scary for opposition sides, and she is a natural ball-winner who can slot in up forward or through the midfield.

Could have slotted any number of five or more players into this spot, but Hill being the top-age tall defender is one worth mentioning. Her ability to read the play in the air, intercept and move the ball on down the field is important, and she is very difficult to beat in one-on-one situations. Hill can play deep in defence on the last line, or higher up at centre half-back where she can help dictate play further up the field.

Others who have stood out: Abbey Jordan, Jemma Radford, Georgia Grimmer, Mackenzie Eardley

The Stingrays’ captain, Jordan has played a real team-orientated role this year, on the outside, at half-back and at half-forward because her elite running capacity allows her to tire out opponents. She has had a terrific start to the season, as well, with the other three players that have impressed – though not an extensive list – being middle-age talents defender Radford and forward Grimmer, as well as bottom-age key tall Eardley.