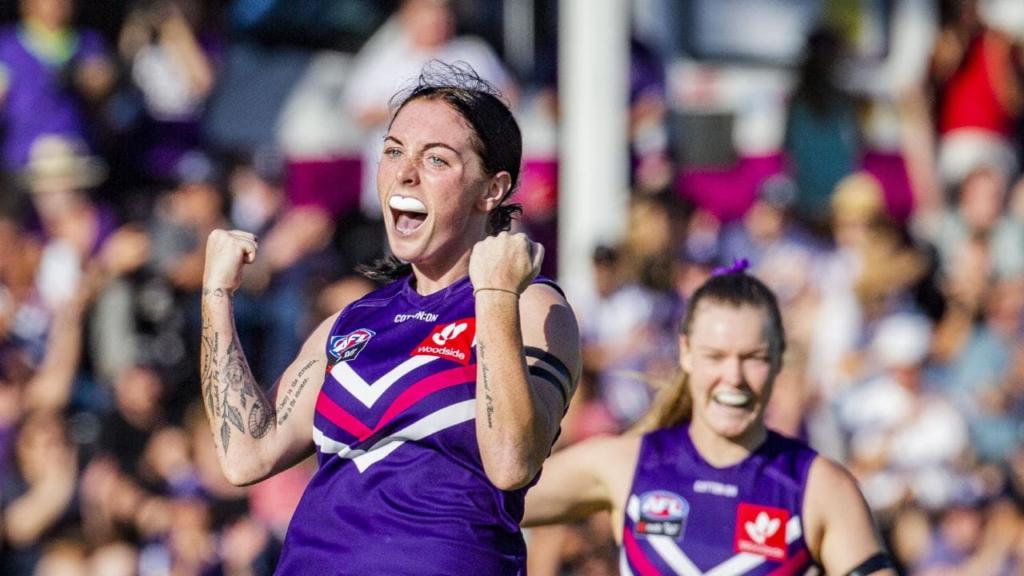 UNFORTUNATELY the hasty end to what has been a terrific AFL Women’s season through a COVID-19 pandemic that no one prior to the season could have seen coming, has forced the league to scrap an end result from the books and leave 2020 as a blank line. In this AFL Women’s feature, we take a look at the options that were on the table and the reasoning behind each one.

This option was the one ultimately chosen by the league in fairness to the four competitors left. The league was left in a lose-lose situation with both Conference leaders having a right to demand the title in different ways, and even the other two remaining finalists also having a stake in the say. When we say they were left in a lose-lose, had they opted for the one-off Grand Final then they would have been hounded by fans of the second placed clubs who had deserved to reach the finals that were originally put on the table. If they had opted for the original finals series, then it was heartbreak for the two fourth placed teams remaining in the running, especially Collingwood who had knocked off two of the teams quite convincingly that had made it in a tough draw that would have seen them face two sides – Geelong and St Kilda – who in fairness to those sides, the Magpies would have been favoured to beat and sneak into the top three. Ultimately once the finals system was chosen, there was nothing that could be done if the competition was stopped. In saying that, was this a safe way of not upsetting any clubs by ruling them out of finals and denying them a chance that had been outlined at the start of the season for finishing in the top three?

This option is one of those options Fremantle fans certainly felt they deserved and I think most fans would be in the boat of “yeah I get that, but it’s not entirely fair” in a begrudging kind of way. There is no doubt if they had to award a premiership, Fremantle was the obvious option – six wins from six games, undefeated on top of Conference B which was the stronger conference, and smashing Gold Coast in the first final to show why they were deserving premiers. The knock on the Dockers – and I think this is why they simply could not award them the flag – is because they did not play any of the three teams remaining. In the final two rounds they had Calrton and Melbourne to come, and had we been in the same boat say week one of finals and the Dockers had defeated both those sides, then I would say we’d be looking at the 2020 Premier. But having been denied the chance to face them – through not fault of their own – as well as North Melbourne, the Dockers winning the premiership would have left some question marks given the other clubs had all had to play each other.

Option 3 – One of the other teams awarded the premiership

This was never really an option and would create mass uproar, but the reason we have put this option in here is to show why they could not have given it to an individual club. North Melbourne was in a similar boat – they had only played Melbourne and actually lost – though that was way back in Round 1 and while they beat up on every side along the way, again you could not simply award them the flag having not beaten one of the top sides. The Dees could have had a great argument having actually beaten North Melbourne, but then got toppled by Carlton in the final round of the home and away season to slide to third. That would rule the Dees out of winning it, while Carlton only had the one loss – but that was fairly comprehensive to Collingwood. The Magpies pushed the Roos all the way in the semi-finals, so you could not have handed the flag to Carlton either. Basically, if it went to an individual side, it had to be Fremantle or bust, and realistically the unknowns given the draw meant the Dockers could not have been an option without some kind of query from opposition clubs and fans.

Option 4 – They play out the season

This is the option that makes the most sense but was not utilised. Player contracts and the off-season moves obviously make it difficult, but there is no reason why they could not bump it back, especially for three games. They have four sides across those three games which could all make it, and with an entire AFL season pushed back, it seems strange not to have at least had a contingency plan to put the remainder of the season on ice. This option is the only option that all four clubs – and indeed the entire supporter base – would be happy with. Now no one would say put the sport ahead of public health, but with the AFL looking to come back in June – keeping player contracts in mind and surely in this unprecedented time we could make it work – they could fit in three AFL Women’s games to conclude the season and put a full stop on the 2020 season. It will not happen now the league has ticked off the “no premier” option, but it just seems a bit strange having picked the eight-team option to keep all realistic clubs in the running of finals happy, to then pull away the chance for a title.

In my shoes I would play out the season. If you can fit 17 rounds of AFL (which again looks doubtful based on everything else going on around the world) in for the rest of the year, you can fit three games of AFL Women’s. In fact, they realistically should have been given priority to finish if anything, because no AFL club could expect to be awarded a premiership just a round into the season. An option that could have been looked at was like an old fashioned finals series where teams might play two games within a week – the semis are played back-to-back followed by the final a few days later. I would host the series in Western Australia, handing Fremantle the deserving home ground advantage as the top team, and all sides could remain bunkered down for the week and just get it done. That way, it answers all the questions, results in a premier and there aren’t four sets of supporters who wonder ‘what if?’. If the Dockers did win the flag, they were deserving, if they got knocked off in the semi-finals by Melbourne, then the final would be at a neutral venue anyway – problem solved. Playing out the finals series was the obvious option and one that I’m sure could have been done even if down the track, or if it had been acted upon fast enough. Now as AFL Women’s fans we’ll never know, and I can understand the distaste from Dockers fans because of all the teams they did not have a blip on the radar. But I can also understand the logic of the other three sides supporters, whom would not have got a crack at the premiership, or argue that they were never tested by a top four side. But now we have been denied of a result and there will always be a question mark surrounding 2020.