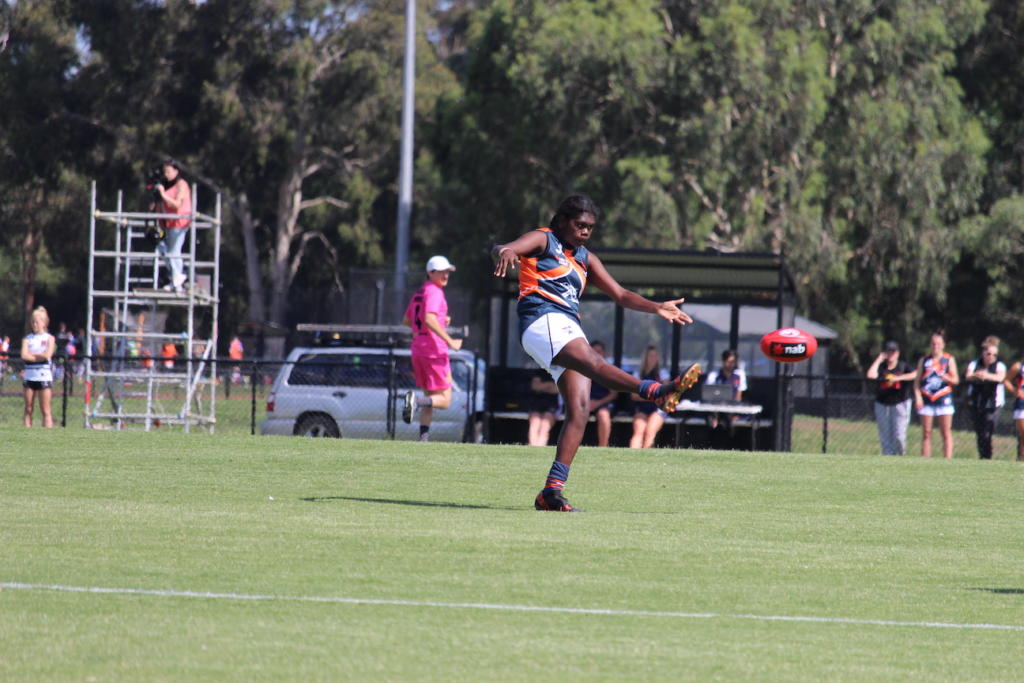 WHILE the NAB League Girls competition is on break, we take a quick recap of each team, how the first three rounds have panned out for them and who has already stood up in the short time. In this edition we look at last year’s grand finalists, Calder Cannons.

The Cannons had a rough start to the season with fixturing, pushing reigning premiers Northern Knights all the way in the Round 1 grand final rematch, before facing a red-hot Dandenong Stingrays in Round 2. With an 0-2 start to the season, the Cannons got back on track with a commanding 43-point victory over Bendigo Pioneers on the road in the last round played.

The middle-age star and reigning NAB League Girls Most Valuable Player (MVP) has had a promising start playing through the midfield, winning a truckload of the ball on her way to impressing despite Calder’s 1-2 start. She had almost 23 disposals per game, but it is her tenacity and ability to break through tackles and pump the ball forward which is important.

The midfielder/forward had a real impact in Round 1 and was Calder’s best, booting two goals in the loss to Northern that day. Zakkour lays some fierce tackles and manages to find space inside 50 and around the ground where she can have an influence. A lot of her touches have come in dangerous areas, close to goal or where she can pass it to a teammate in space out of a stoppage.

Building on the work she did late in the year last season, Yassir has been another prominent member of Calder’s midfield. She has the added string of being able to go forward and kick a goal, whilst being a slippery customer in midfield to break away from opponents and get the ball forward.

Coming into the team as an overager from Palmerston Magpies in the NTFL Women’s Premier League, Puruntatameri has been a strong target close to goal. She works hard leading out of the forward 50, but then drifts back to be too strong one-on-one at the top of the goalsquare. Having booted four goals in her three games, she has proven to be a reliable goalkicker for the side.

Another player who has built on her impressive form at the back of last season, the middle-age key defender has had a strong start to the season with almost nine disposals and four rebounds out of defensive 50. She can also push up the ground and does not mind going for a run, but has impressed as the option out of defence to hit a target with her foot skills.

Others who have stood out: Laura Cocomello, Grace Dicker, Tahlia Gillard, Tamsin Crook

There were a number of others who could well have made the above list, including captain Cocomello, and Dicker who have had an impact through midfield, and Gillard and Crook who have been targets up either end. They have a lot of flexibility in their line-up and the Cannons have the capacity to move players around which is important.