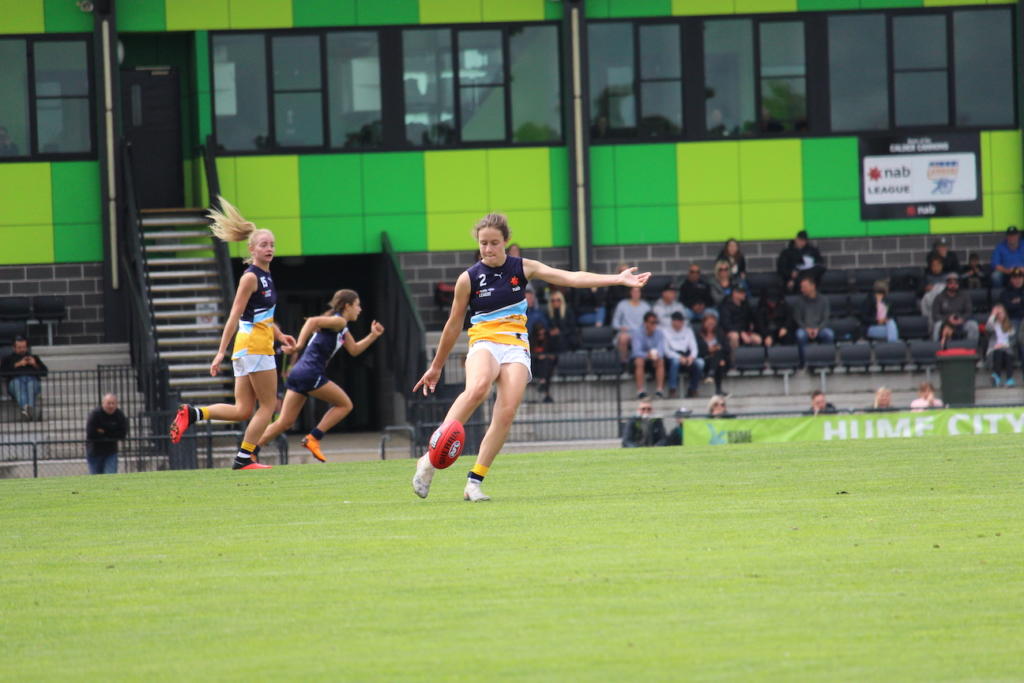 WHILE the NAB League Girls competition is on break, we take a quick recap of each team and how the first three rounds have panned out for them and who has already stood up in the short time. We begin with Bendigo Pioneers who while they did not record a win in the opening three rounds, still had a number of standout players.

Yet to register a win, the Pioneers have shown better signs than the scoreboard might suggest and were in games for portions of it, particularly in Round 1 against the Jets. They have had quite a few players who have provided a real edge to the team, but even from three games, have had injuries and unavailabilities impact.

The co-captain has enjoyed a terrific start to the season thus far, playing predominantly through the midfield, but also getting back to help out the defence. In particular against Sandringham Dragons in Round 2, Strahan played deeper in defence to try and nullify the opposition’s scoring, before returning to the midfield in Round 3. She leads the team in disposals and has lifted her disposal averaged by six, as well as two extra tackles from last year.

The co-captain missed the Round 3 match against Calder Cannons, but showed in the first two rounds why she won the club best and fairest last year as a middle-ager. She attacks the ball and ball-carrier with fierce intent, and has built on her experience representing Vic Country (where she averaged six tackles there) to really step up to another level thus far. So far she is ranked second for average disposals and first for average tackles, laying seven per game after a whopping 9.9 last season.

Can play in multiple positions but has looked really handy coming off half-back and leads the team in rebounds. She also finds plenty of the ball, racking up a team-high 20 disposals in the last match against Calder Cannons, while maintaining a 3.3 rebounds per game average. Her numbers have lifted from last season where she played through the midfield, already amassing more rebounds than she did in 2019, while her disposal average, marks and tackles are also up in 2020.

After missing Round 2, Snell returned to the team in Round 3 and was everywhere with her defensive pressure, laying a massive 10 tackles to go with 17 touches in the loss. She is able to balance between playing offensively and defensively after playing as a forward last season. She snagged five goals against Gippsland Power as a middle-ager last year, but has spent time up the field thus far, winning the ball through midfield and providing plenty of defensive pressure to the opposition.

The middle-age ruck has been a hard worker for the Pioneers this season, not only winning the taps (14.7 per game), but also getting the ball at ground level and providing an option in transition. She stands at 178cm and is able to lay some big tackles on opposition players who try to shark her taps, and is one of the big improvers this season after getting a taste of it last season, where she played three games as a bottom-ager.

Others who have stood out: Rachael Stubbings, Dakota Villiva, Tara Slender and Maeve Tupper

The Pioneers have had a good group of players who have stepped up at times and played multiple team roles across the ground. Stubbings has been a natural ball winner in the back half, Villiva has provided a target up forward, Tupper has provided a presence in midfield and Slender has plenty of upside as a rebounder.