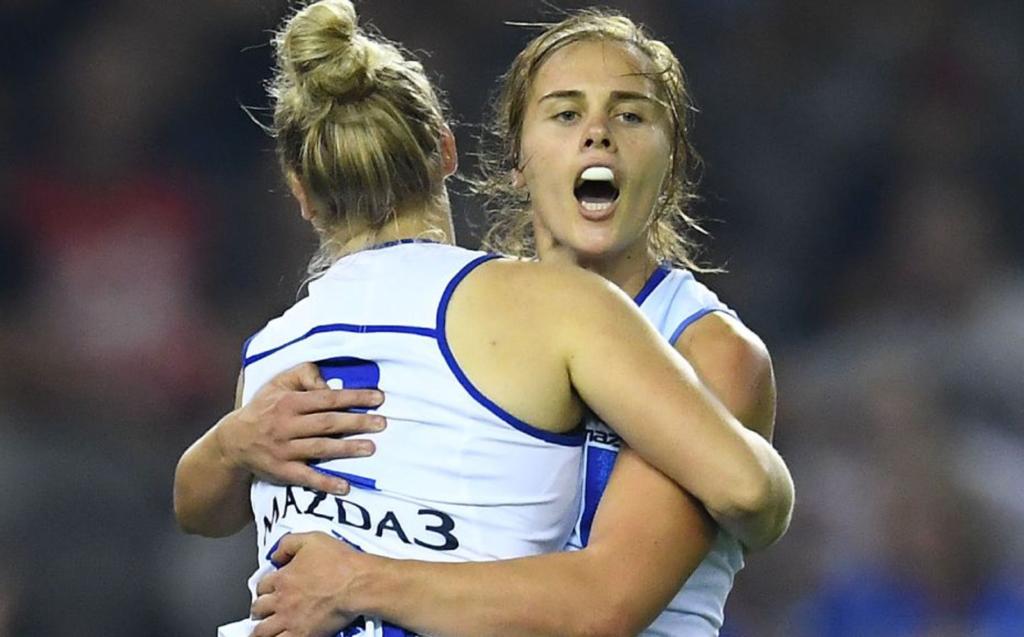 THE extraordinary 2020 AFL Women’s season has had another major twist, with the AFL awarding Collingwood their maiden finals berth. Despite holding a 4-2 record and boasting a strong percentage of 153.7, the Magpies finished in Conference B’s fourth position. Under the AFLW system in normal circumstances, this would mean they miss the finals. However, due to the shortened home and away season, the powers that be have extended the finals series so that the top four teams in each conference can compete for the premiership. This all leads us to Ikon Park on Saturday, when North Melbourne will take on Collingwood in a fascinating semi-final.

Although Collingwood players and fans are ecstatic with the AFL’s decision, they also know they have a tough matchup on their hands. North Melbourne have the second-best record in AFL Women’s, have not lost since round one and have dominated each of their opponents since then. Both sides are coming off strong away victories last week, with the Roos taking care of Geelong and the Magpies winning comfortably in Brisbane. North and Collingwood are yet to clash so far in 2020.

The Roos have arguably the best two players in AFLW right now: Jasmine Garner and Emma Kearney. These two had remarkably similar averages of 21 disposals, five marks, five tackles and a goal per game through the home and away season. Collingwood will have to shut down one, if not both of these stars if they are any chance of progressing further in this finals series. Kaitlyn Ashmore and Sophie Abbatangelo are major threats for the Roos up forward with their ruthless pressure and ability to impact the scoreboard. Ash Riddell and Jenna Bruton continue to find plenty of the ball, while ruckman Emma King has shown the ability to give her star midfielders first use.

Collingwood star Jaimee Lambert has been impeccable through the 2020 season, averaging 22 disposals (12 contested), seven tackles, four inside 50s and a goal per game. This will be Lambert’s first AFLW final, so she would love to prove she is a big-game performer by producing her best on Saturday. Midfielders Brianna Davey and Brittany Bonnici were fantastic against Brisbane last weekend, while Chloe Molloy has been dynamic for the Magpies in attack all season. In the absence of Ash Brazill, Stacey Livingstone continues to be calm and composed with the ball in hand, which is an important skill to have under finals pressure.

As simple as it sounds, this match will be decided in the midfield. If Bonnici, Davey and Lambert can consistently match it with Garner, Kearney and Riddell at the contest, then Collingwood could cause a major upset. If the Roos’ midfield is dominant akin to the last five weeks, they will be very hard to stop.

Prediction: This contest will be tight early, but North’s star power should prove too much as the game wears on. North Melbourne by 23 points.